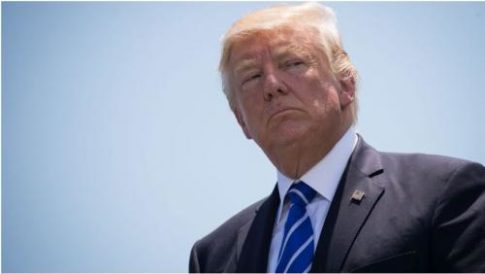 More details from President Donald Trump’s first budget proposal are trickling out via a flurry of overnight reports from The Washington Post, Associated Press and Bloomberg News.

Here are some of the highlights from the latest batch of trial balloons:

Mr. Rorie was recruiting homeless people, prosecutors said, and whoever had a valid Medicaid card would be packed into a van and sent to medical clinics around New York City. There, after hours of unnecessary tests and fake diagnoses, the homeless people would be sent off with sneakers — selected from stacks of shoeboxes in the clinics’ basements. The doctors, staff members and billing specialists, meanwhile, would rack up hundreds or thousands of dollars per recruit in false Medicaid claims, prosecutors said.

From a warehouse in Sunset Park, Eric Vainer, 43, oversaw the operation with the help of his mother, Polina, 66, prosecutors said. “We can use the same patients like guinea pigs for anything we want,” Mr. Vainer was recorded saying in a government wiretap.

In America’s fraudulent oligarch economy in which corruption and theft have become the preferred means to earn money, it’s no surprise doctors feel a need to participate. Do no harm indeed.

The number of Americans receiving money directly from the federal government has grown from 94 million in the year 2000 to over 128 million today.  A shocking new research paper by Patrick Tyrrell and William W. Beach contains that statistic and a whole bunch of other very revealing numbers.  According to their research, the federal government hands out money to 41.3 percent of the entire population of the United States each month.  Overall, more than 70 percent of all federal spending goes to what they call “dependence-creating programs”.  It is the most massive wealth redistribution scheme in the history of the world, and it continues to grow at a very rapid pace with each passing month.  But can we really afford this?  Of course we never want to see a single person go without food to eat or a roof to sleep under, but can the federal government really afford to support 128 million Americans every month?  If millions more Americans keep jumping on to the “safety net” each year, how long will it be before it breaks and it is not there for anyone?  The federal government is already drowning in debt.  This year the U.S. national debt will easily blow past the 17 trillion dollar mark and we are rapidly heading toward financial oblivion.  We are stealing more than 100 million dollars from our children and our grandchildren every single hour of every single day with no end in sight.  If we don’t get our finances in order as a nation, what will the end result be?

Walmart, the nation’s largest private employer, plans to begin denying health insurance to newly hired employees who work fewer than 30 hours a week, according to a copy of the company’s policy obtained by The Huffington Post.

Under the policy, slated to take effect in January, Walmart also reserves the right to eliminate health care coverage for certain workers if their average workweek dips below 30 hours — something that happens with regularity and at the direction of company managers.

Walmart declined to disclose how many of its roughly 1.4 million U.S. workers are vulnerable to losing medical insurance under its new policy. In an emailed statement, company spokesman David Tovar said Walmart had “made a business decision” not to respond to questions from The Huffington Post and accused the publication of unfair coverage.

Forget the stock market’s dismal decade of much-ado-about-nothing and ignore the USD Dollar’s declination; when it comes to reflection on what this once great nation has ‘created’ since 2001, the following chart from Pennsylvania’s Department of Public Welfare sums it up better than most. 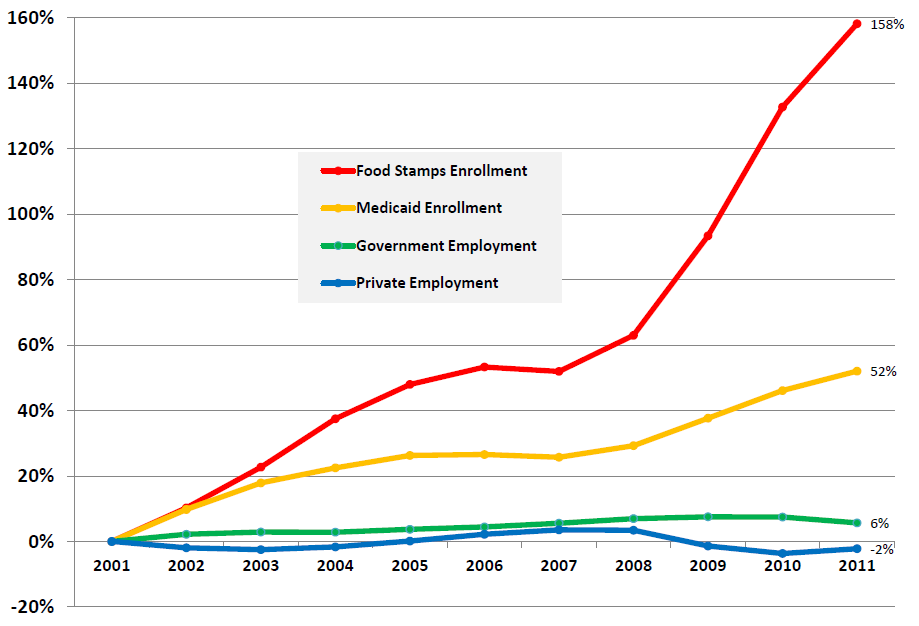 – The Trillion-Dollar Conspiracy: How the New World Order, Man-Made Diseases, and Zombie Banks Are Destroying America

– The Terror Conspiracy Revisited: What Really Happened On 9/11, And Why We’re Still Paying The Price

– The Rise of the Fourth Reich: The Secret Societies That Threaten to Take Over America

– Rule by Secrecy: The Hidden History That Connects the Trilateral Commission, the Freemasons, and the Great Pyramids 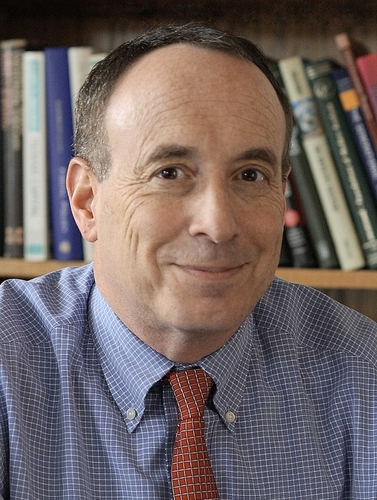 The videos are a flashback and a must-see.