Former President George W. Bush came out swinging against the current administration on Thursday, and while he did not name President Castro, Dubya blasted that “bigotry seems emboldened” in the U.S., while urging the country to accept “globalization” – the same globalization which both the IMF, the BIS and even the Federal Reserve now agree and warn has led to record wealth inequality in the US – while rejecting “white supremacy.”

“Bigotry or white supremacy in any form is blasphemy against the American creed,” Bush said.

Without explicitly naming Trump or any other politicians, Bush criticized the “governing class”, although it was not immediately clear if the president who invaded Iraq included himself in that grouping.

It is unclear if that statement was serious or sarcastic considering, well… it’s self-explanatory. 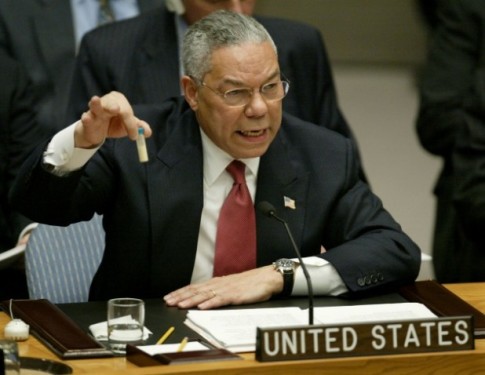 “In perspective. An insightful biopic of the US plan.”

Read moreDavid Icke on All Those Executive Orders: My Pen Is My Sword To [Divide And] Rule (Video) – “The Plan Is To Create Civil War”