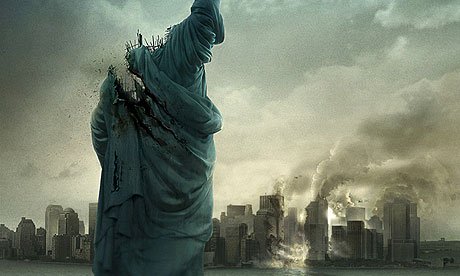 Read moreA Word To The Wise – “You’re A Mercenary If…”

“Can’t make this up.

Taxpayer set to pay for hiring a private air-force to co-ordinate drug running control to maintain supplies for CIA distribution of illegal drugs to maintain funding for the very same Rothschild owned CIA.” 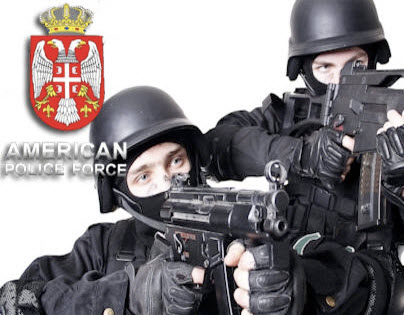 It’s one thing to know and exercise your rights when a police officer pulls you over, but what rights do you have when a private cop—entrusted with all of the powers of a government cop but not held to the same legal standards—pulls you over and subjects you to a stop-and-frisk or, worse, causes you to “disappear” into a Gitmo-esque detention center not unlike the one employed by Chicago police at Homan Square?

“A greedy, murderous unprincipled rat by another name……..” 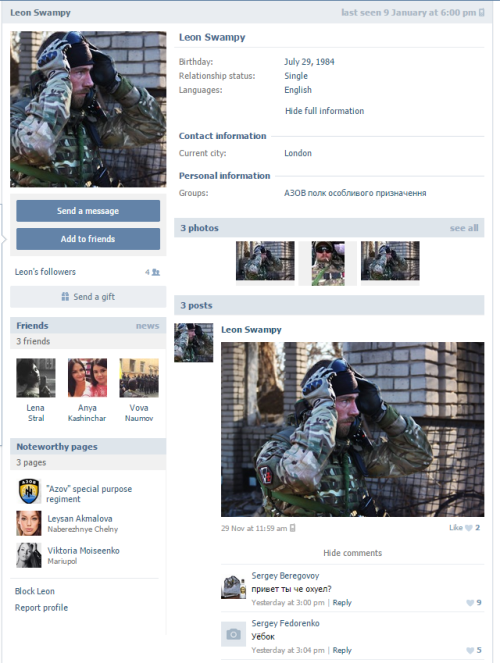 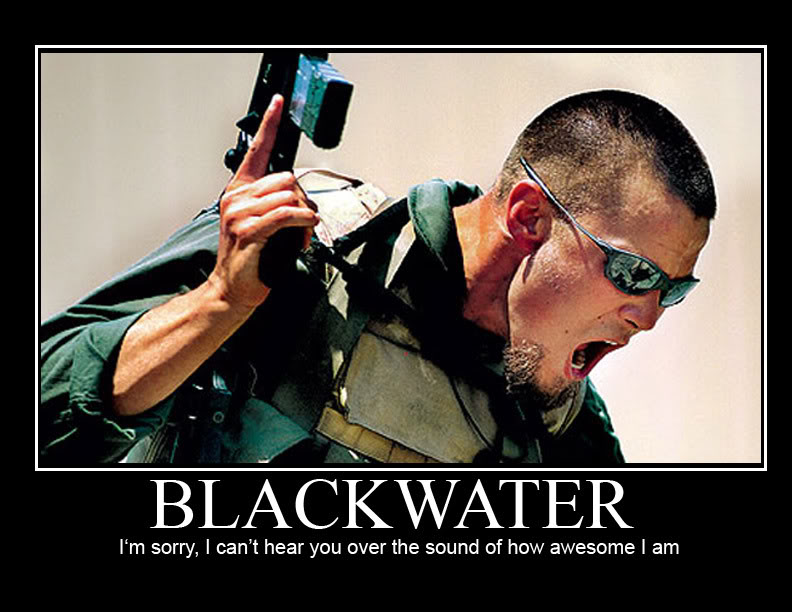 The US State Department has allocated more than a billion dollars in contracts to the security firm Blackwater and its later manifestations since a top official for the company threatened a government investigator’s life in 2007.

The Huffington Post reported that the notorious security contractor Blackwater, its subsequent incarnations, and its subsidiaries have received more than $1.3 billion since the fall of 2007 for training and operations the world over.

In August 2007, State Department investigator Jean C. Richter said a Blackwater project manager, Daniel Carroll, told Richter “that he could kill me at that very moment and no one could or would do anything about it as we were in Iraq,” where the investigator was observing – and criticizing – the company’s operations. The New York Times reported the details of the threat last month.

Read moreBlackwater Awarded Over $1BILLION From State Dept. Since Threat On Investigator’s Life

– How Blackwater Survived Iraq Probes Of Being “Above The Law” – By Threatening To Kill Investigators (ZeroHedge, June 30, 2014):

Just weeks before Blackwater guards fatally shot 17 civilians at Baghdad’s Nisour Square in 2007, The NY Times reports that the State Department began investigating the security contractor’s operations in Iraq. However, as James Risen reports, a senior official of the notorious private security firm allegedly threatened to kill a government investigator leading the probe into the firm’s Iraqi operation. Stunningly (or not), the US embassy sided with him and forced the inspector to cut the visit short.

As The Times reports, based on documents which were turned over to plaintiffs in a lawsuit against Blackwater… According to the documents, the investigators found numerous violations, including changing of security details without the State Department’s approval, reducing the number of guard details and storing of automatic weapons and ammunition in Blackwater employees’ private rooms.

Read moreHow Blackwater Survived Iraq Probes Of Being ‘Above The Law’ – By Threatening To Kill U.S. Government Investigators

– Russia Accuses US Mercenaries Of Inciting Civil War In Ukraine

In what is becoming a weekly ritual, the German press continues to demolish the US case of “idealistic humaniatrian” Ukraine intervention. Recall, that it was a week ago that German tabloid Bild am Sonntag, hardly the most reputable source but certainly one which reaches the broadest audience, reported that dozens of CIA and FBI agents were “advising the Ukraine government.” This conclusion is hardly a stretch and certainly based on facts considering the recent semi-secret jaunt by CIA head Brennan to Kiev. Fast forward one week when overnight the same Bild reported that about 400 elite mercenary commandos of the private US security firm, Academi, f/k/a Xe Services, f/k/a Blackwater “are involved in a punitive operation mounted by Ukraine’s new government” against east Ukraine separatists. 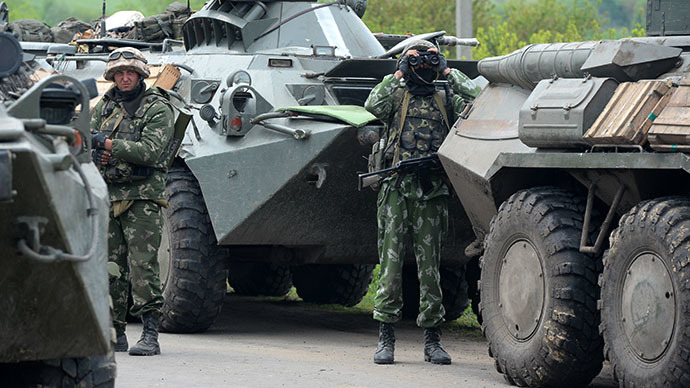 Bild cites sources who report that on April 29, Germany’s Federal Intelligence Service (BND) informed the Angela Merkel government about Academi commandos’ involvement in Kiev’s military operations in eastern Ukraine. Spiegel adds that “the information originates from U.S. intelligence services and was presented during a meeting chaired by the Chancellor’s Office chief Peter Altmaier (CDU). At the meeting were present the president of the intelligence agencies and the Federal Criminal Office, as well as the intelligence coordinator of the Chancellor’s Office and senior Ministry officials.”

Bild am Sontag did not have information about who was paying the Blackwater commandos: it is well-known they do not come cheap.

In March, media reports appeared suggesting that the coup-imposed government in Kiev could have employed up to 300 mercenaries.That was before the new government launched a military operation against anti-Maidan activists, or “terrorists” as Kiev put it, in southeast Ukraine.

At the time, the Russian Foreign Ministry said then that reports claiming Kiev was planning to involve “involve staff from foreign military companies to ‘ensure the rule of law,’” could suggest that it wanted “to suppress civil protests and dissatisfaction.”

In particular, Greystone Limited, which is currently registered in Barbados and is a part of Academi Corporation, is a candidate for such a gendarme role. It is a similar and probably an affiliated structure of the Blackwater private army, whose staff have been accused of cruel and systematic violations of human rights in various trouble spots on many occasions.

“Among the candidates for the role of gendarme is the Barbados-registered company Greystone Limited, which is integrated with the Academi corporation,” the Foreign Ministry said in a statement. “It is an analogue, and, probably and affiliated body of the Blackwater private army, whose employees have repeatedly been accused of committing grievous and systematic human rights abuses in different troubled regions.”

As this is not the first time Academi has been implicated in the Ukraine, its canned response is already prepared. This is what it said back on March 17:

Some irresponsible bloggers and an online reporter have recently posted rumors that ACADEMI employees (operating under the name of Blackwater) are present in Ukraine. They are not and ACADEMI has no relationship with any entity named Blackwater or with the former owner of Blackwater, Erik Prince. Such unfounded statements combined with the lack of factual reporting to support them and the lack of context about the company, are nothing more than sensationalistic efforts to create hysteria and headlines in times of genuine crisis.

The basics: Those who understand the facts know that Erik Prince sold the company (which he had renamed ‘Xe’) in 2010 and retained the rights to the ‘Blackwater’ name. The new management of ACADEMI has made tremendous efforts to build a responsible, transparent company ethos, evidenced by the numerous awards ACADEMI has received for being among the most compliant companies in our industry. More information can be found here.

Sure enough, moments ago the soldier for hire company followed up with a second denial, when as German Zeit reported, “the U.S. security services denied a ZEIT ONLINE  report, that it has put mercenaries in Ukraine.”

Of course, since no western entity, and certainly not the company itself, would ever admit its involvement in the Ukraine as it would promptly crash the official US foreign policy track claiming US non-involvement in Ukraine, none of this is surprising.

Readers may have greater luck inquiring Blackwater directly via their Twitter account. After all #AskJPM was such a smashing success we don’t see a reason why #AskBlackwater wouldn’t work just as well.

Finally, in this proxy war between west and east, to believe that the US won’t throw everything it can at Putin is naive, and as such the involvement of trained US mercenaries in Ukraine is beyond debate.

However what is certainly surprising and far more interesting, is the persistent attempts by the German press to discredit none other than their biggest “Developed world” ally, the US. It is almost as if someone (a quite wealthy and powerful someone) has material interests that diverge with those of the Obama administration, and hence converge with those of Putin. Alongside the emerging China-Russia axis, keeping tabs on just how close to Russia Germany is willing to get, is easily the most notable story in the entire Ukraine conflict.

Greystone is a subsidiary of Blackwater (= Xe = Academi).

One of the most incendiary details in the documents is that Blackwater, through Total Intelligence, sought to become the “intel arm” of Monsanto, offering to provide operatives to infiltrate activist groups organizing against the multinational biotech firm.

In response to claims by the Ukraine government (and the west) that Russia provoking trouble in Eastern Europe – with The White House’s Jary Carney even suggesting that pro-Russia demonstrators were paid – Russia’s foreign ministry has responded. Posting via their Facebook page, Russia urged Ukraine to halt any interior military preparations which could instigate a civil war. But the kicker, for which we anxiously await a rebuttal, is Russia’s comment that they “are particularly concerned that the operation involves some 150 American mercenaries.”

The US administration perspective… (via WaPo)

In Washington, the Obama administration expressed deep skepticism that the scattered uprisings and building takeovers in cities such as Donetsk and Kharkiv have been spontaneous. “There is strong evidence suggesting some of these demonstrators were paid,” said Jay Carney, the White House spokesman.

“If Russia moves into eastern Ukraine, either overtly or covertly, this would be a very serious escalation,” Carney said.