Day after day, various media outlets, well really mostly the NYT and WaPo, have delivered Trump-administration-incriminating, Russia-link-related tape bombs sourced via leaks (in the hope of keeping the narrative alive and “resisting.”). It now turns out, according to FXN report, that the US official who “unmasked” the names of multiple private citizens affiliated with the Trump team is someone “very well known, very high up, very senior in the intelligence world.”

The clash began at around 9 p.m. Wednesday when a group of 10 migrants, some Syrian and some Palestinian, got into a fight. Shortly after the violence began, the police arrived on the scene and most of the perpetrators fled leaving one individual with a head injury who was taken to a nearby hospital.

At around 11 p.m., however, the violence erupted in the area once more when the migrants returned and began to smash the cars of local residents, many of whom are of a foreign background themselves. Around 40 to 50 locals left their houses to confront the mob, who threw rocks at the residents, as cries of “Allahu Akbar” were heard, Hannoversche Allgemeine Zeitung reports.

Police say the majority of the residents involved had Lebanese, Turkish, or Kurdish origins.

WikiLeaks’ latest Vault 7 release contains a batch of documents, named ‘Marble’, which detail CIA hacking tactics and how they can misdirect forensic investigators from attributing viruses, trojans and hacking attacks to their agency by inserted code fragments in foreign languages.  The tool was in use as recently as 2016.  Per the WikiLeaks release:

“The source code shows that Marble has test examples not just in English but also in Chinese, Russian, Korean, Arabic and Farsi. This would permit a forensic attribution double game, for example by pretending that the spoken language of the malware creator was not American English, but Chinese, but then showing attempts to conceal the use of Chinese, drawing forensic investigators even more strongly to the wrong conclusion, — but there are other possibilities, such as hiding fake error messages.”

The latest release is said to potentially allow for ‘thousands‘ of cyber attacks to be attributed to the CIA which were originally blamed on foreign governments.

Credit Suisse has confirmed that the Swiss bank, some of its employees and hundreds of account holders are the subjects of a major tax evasion probe launched in UK, France, Australia, Germany and the Netherlands, setting back Swiss attempts to clean up its image as a haven for tax evaders.

According to Bloomberg, Dutch investigators seized jewellery, paintings and even gold bars as part of a sweeping investigation into tax evasion and money laundering in the Netherlands. They added that the sums involved amounted to “many millions” of lost tax revenue.

– Russia Turns On Trump, Blames Him For Relations That Are “Worse Than The Cold War”:

While few predicted the stock market surge should Trump get elected, virtually everyone anticipated a thawing of relations between Russia and the US if Donald Trump were to occupy the White House. And yet, 5 months later, the opposite has happened: stocks are just shy of the record 2,400 while relations between the Kremlin and the White House, despite all the rhetoric of Trump being an extended KGB agent or whatever the NYT/WaPo unsubstantiated narrative of the day is, have remained abysmal with no hope of improvement in sight.

Read moreRussia Turns On Trump, Blames Him For Relations That Are “Worse Than The Cold War”

– The DEA Has Stolen $3.2 Billion from Americans Without Charges Since 2007

– This WWII veteran is transitioning into a woman, aged 90

– Outrage as Spain and EU accused of using Brexit to take back Gibraltar, as MPs say Britain will ‘not be bullied’

– Last Two Times After Our Dear Government Reported Data Like This, Stocks Crashed

The German government expects at least 400,000 African migrants to try and make the voyage to Europe in 2017, according to Federal Development Minister Gerd Müller.

Minister Müller said he is deeply concerned over the rise in migrants crossing from North Africa to Europe so far this year. In the first three months of 2017, the number of migrants has doubled from this period in 2016. Müller warned: “If we calculate this, 300,000 to 400,000 people could arrive in Italy this year,” Die Welt reports.

– Orban: ‘EU Court of Human Rights Is a Security Threat to Europeans’

– Prepare For “Manias, Panics And Crashes”: A Stunning Warning From Bank Of America: 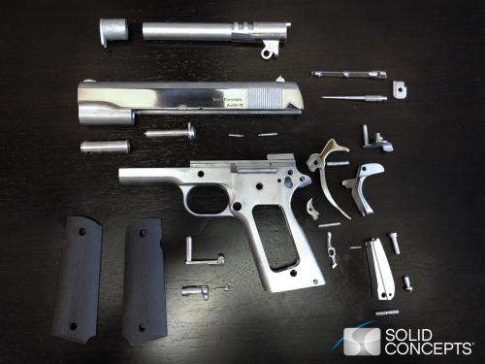 – Trump Defends Flynn: “He Should Ask For Immunity In This Media Witch Hunt”

EU President warns that collapse of EU could cause another Balkans war. I’m expecting both to happen regardless.https://t.co/XhHA0JMFQp

I think we've found the cause of our prophesied pre-#WW3 Balkans War.https://t.co/PhpbwKbcwd