When the SHTF you won’t be able to buy physical gold & silver and you can kiss your ETFs GOOD-BYE!

“Only physical gold and silver are real, everything else will turn out to be an illusion.”

Large US wholesalers are completely sold out of all #gold and all #silver and are not able to replenish.https://t.co/OrLkyx4dKn#BreakingNews #Investing #Trading #Collapse #Collapse2020

– Yes, The US Government Can Still Confiscate Gold:

Historically, the government will seize gold when it’s the most valuable, during times when its fiat currency has become utterly devalued… 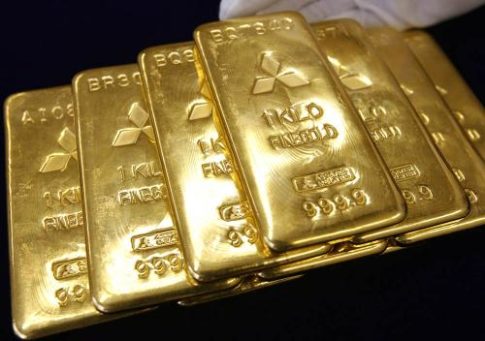 Read more“Money Is Gold… And Nothing Else” 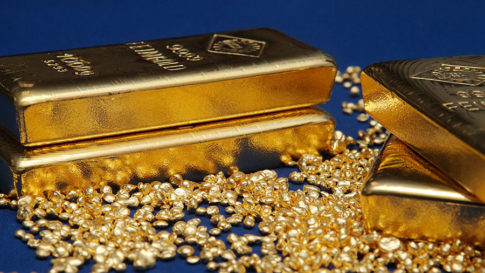 – If you want to preserve your wealth, buy physical gold – precious metals expert to RT:

Gold, which is traditionally seen as a safe haven, is usually subject to the whims of supply and demand. Its value changes quickly, pushing the bullion price to extremely high levels at times.

The yellow metal also makes a habit of performing poorly when the stock market is doing well. But gold is the ultimate store of value, according to precious metals expert Ronan Manly of Singapore’s BullionStar.

Thanks to the Fed and Central bank intervention, sales of Gold and Silver Eagle sales declined sharply over the past year. Yes, it’s true… precious metals investors have lost interest in gold and silver as the stocks, real estate, and crypto markets reached new highs in 2017. So, who wants to continue purchasing gold and silver when many cryptocurrencies were experiencing 10% increases in a day.

Paper money and electronic money have a questionable and thus insecure lifespan.”

– U.S. Exports Nearly All Gold Mine Supply To Hong Kong:

Not only did gold exports to Hong Kong jump, but total U.S. gold exports also increased 40% from 36.1 metric tons (mt) in January to 50.4 mt in February.

– Gold Could Explode At Any Minute:

Last Thursday, the Dow Jones fell 724 points. It followed up with a 424 point decline on Friday. Meanwhile, the Nasdaq fell 2.43% Friday.

Most analysts blamed the plunge on fear of an all-out trade war between the US and China. But the Federal Reserve rate hike on Wednesday also likely played a part in the stock market decline. The markets don’t like the prospect of having their easy-money punch bowl taken away.

So, could we be on the verge of a gold breakout as stocks break down?

In his latest podcast, Peter Schiff said he believes we are already in a bear market. Technically, analysts don’t start talking bears until the stock market declines 20%. But as Peter pointed out, you have to drop 10% before you get to 20.

The mainstream analysts continue to assure us that everything is fine. The fundamentals haven’t change. Peter said in a sense, they’re right.

Read morePeter Schiff: Gold Could Explode At Any Minute

“Fascinating.
She’s convinced cryptos are bankster created. They are pushing people to go there.”

I’ve warned many times that the grid is predicted to go down (and it will go down!) and that we will be living in 1850 for quite some time!!!

There will be no cryptos around by then.

People will fight over the last piece of dry bread in the street.

I knew we would have to face and live through these coming terrible times and I am continuously preparing for what is coming.

I’ve set up this website in 2008 to warn you about what is coming and to help all of you to get prepared as well.

Next up: Planned financial/economic collapse & hyperinflation > planned all-out civil war in the US and Europe > planned WW3…