While we are not certain how many times we have used the above headline in the past we know it is not the first time. Nor the fifth. Yet here we are again, reporting that Greece is out of money again. “Near-bankrupt Greece is fast running out of cash while it waits for its next installment of aid from international lenders, a deputy finance minister said on Tuesday, sounding the alarm on the country’s precarious financial position. Greece’s European partners have repeatedly promised the country will be funded through August, when it must repay a 3.2 billion euro bond, but the details of the funding have yet to be disclosed. In the absence of that money, Greece would run out of funds to pay everyday public expenses ranging from police and other public service wages to pensions and social benefits. “Cash reserves are almost zero. It is risky to say until when (they will last) as it always depends on the budget execution, revenues and expenditure,” Deputy Finance Minister Christos Staikouras told state NET television” In other words just like the US yesterday, Greece has also overestimated its revenues and underestimated its expenditures; also Greece in August is what the US itself will be in about 3-4 months, when the debt ceiling is hit. Luckily, the political environment in D.C. is open and cordial, and a prompt resolution to both the debt ceiling issue and the fiscal cliff, especially as they all coincide just in time for the presidential election is guaranteed.

“[W]e are certainly on the brink, we did not receive the aid tranche we were supposed to and we have the pending issue of an ECB bond maturing on Aug. 20.”

What do latchkey kids, college students, and busy parents have in common?  Well, one thing is that they save valuable time and money by cooking with canned foods. The bad news? Tagging along with these foods is a hefty dose of bisphenol A.

Researchers have linked BPA consumption to hyperactivity, aggression, depression, obesity, diabetes, heart disease, various cancers, and reproductive difficulties including Anogenital distance. Males with short AGD have been found to have 7 times the chance of being sub-fertile. This is a troubling statistic given that prenatal BPA exposure through parental consumption is associated with shortened AGD.

In a monumental move that signifies the truly terminal state of the international food supply, Ireland’s government officials have given the green light to begin genetically modifying the iconic potato. Met with severe resistance from both citizens, watchdog organizations, and political figures, the decision allows for the genetically modified potatoes to be planted within Ireland by the Irish food development authority Teagasc.

Starting off with a trial within the nation’s borders, Ireland’s Environmental Protection Agency (EPA) has authorized Teagasc to plant the GMO crops throughout a two hectare land plot. While supports continue to assert that the relatively small size makes the process ‘safe,’ experts from within the Emerald Isle say otherwise. In response to the idea that starting the trial with a ‘small’ land plot is safe, The Organic Trust in Dublin explains that once you unleash genetically modified seeds into the environment, the consequences that may follow do not depend on how many acres of land is modified — only the fact that genetically modified seeds have been planted.

It is only a two hectare trial, but that’s like saying you’re only a little bit pregnant, there are no grey areas with GM…. Organic Trust calls on Teagasc not to act on the approval granted but to adhere to the wishes of the vast majority of Irish citizens not to pollute our precious land. Not one single solitary benefit will accrue to Ireland as a result of this trial. So why it is going ahead?”

One wonders if drone pilot Col. D. Scott Brenton listens to Louis Armstrong in the suburban Air National Guard Base in Syracuse from which he murders people 7,000 miles away.

“I see mothers with children, I see fathers with children, I see fathers with mothers, I see kids playing soccer,” Brenton tells the New York Times. Drone operators see their intended targets “wake up in the morning, do their work, go to sleep at night,” explains Dave, another high-tech murderer who killed from an office cockpit at Nevada’s Creech Air Force Base and who now trains new recruits to the cyber-killer corps at New Mexico’s Holloman Air Force Base.

When instructed to kill someone he has stalked from the air for a prolonged period, “I feel no emotional attachment to the enemy,” Brenton insists. I have a duty, and I execute my duty.” When the deed is done, he points out, nobody “in my immediate environment is aware of anything that has occurred.”

Read morePortrait Of An American Drone Killer: ‘I Have a Duty, And I Execute My Duty’

In celebration of America’s Lord High Executioner and his program of targeting and killing people without due process of law. Read on for lyrics, source files and key articles about the issues covered in the song. Like and Share far and wide!

And who is going to jail? 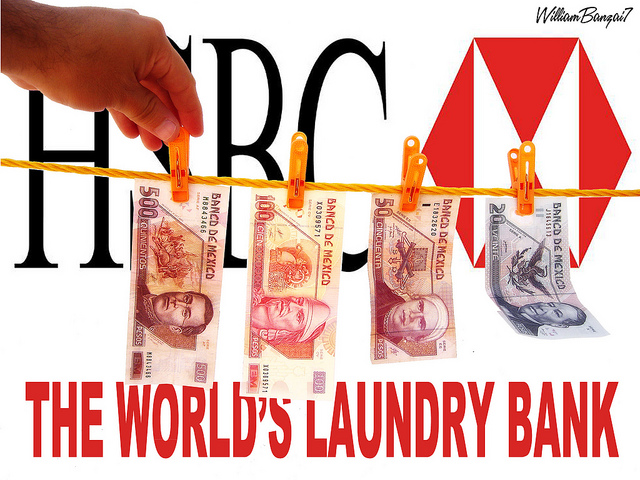 * Cost of U.S. fine, charges may be “significantly higher” -CEO

* $1.3 billion set aside to compensate UK customers for mis-selling

LONDON, July 30 (Reuters) – Revelations of lax anti-money laundering controls at HSBC are “shameful and embarrassing” for Europe’s biggest bank, its boss said on Monday, and it may have to pay out well over $2 billion for the scandal and in compensation for UK mis-selling.

HSBC set aside $700 million to cover fines and other costs after a U.S. Senate report criticised it this month for letting clients shift funds from dangerous and secretive countries, notably Mexico.

“What happened in Mexico and the U.S. is shameful, it’s embarrassing, it’s very painful for all of us in the firm,” he said on a conference call. “We need to execute on the compliance changes and then prove ourselves worthy and rebuild this over a number of years. There are no quick and easy fixes.”

The Senate report criticised a “pervasively polluted” culture at the bank and said HSBC’s Mexican operations had moved $7 billion into its U.S. operations between 2007 and 2008.

“The firm clearly lost its way in this regard and it’s right that we apologise,” said Gulliver. “Colleagues internally have been aware that this is the backdrop of why we had to change the firm.” 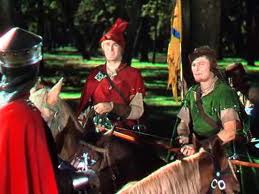 I’ve been getting some irate emails from Greek Sloggers of late – especially those who earn a living suplying goods to the Athens Government. Their bitch is simple: while the new Coalition is very happy to suck up to the Troika, monies it owes to its own citizens can go hang. As one correspondent remarked last Thursday, “It’s easy to balance the books if you don’t pay any bills”.

The day before, the Troikanauts came to town with a very clear message: no more backsliding, or no more money. But it all depends on how you define ‘backsliding’. If a Vesuvius of debt just erupted and you’re on the side of the mountain, chances are you’ll backslide. In fact, the reality is, you’ll perish.

Prior to the meeting, the key Greek Party leaders –  Antonis Samaras, Fotis Kouvelis and Evangelos Venizelos – had pledged to stand firm on ‘no further cuts, and no further taxes’. At the meeting, the Coalition presented further spending, pension and salary cuts, with an update on the progress of tax collection following the recent elections. Together they totalled just under €13bn

The Slog can reveal that the tax situation is dire. It is 20% won’t pay, and 80% can’t pay. The savings are impressive, but the Athens regime is miles off target. (As any government faced with this Herculean task would be). However, in the context of an economy at close to standstill, Coalition leaders put their case for no further attacks on the populace.

The US Treasury’s Assistant Secretary for International Finance Charles Collyns had a meeting with Greek Finance Minister Yiannis Stournaras in Athens on Wednesday morning. The official Greek media version was that Collyns ‘expressed the support of US-Finance Secretary Tomothy Geithner to Greece and his confidence in Greek efforts. Yinannis Stournas briefed Collyns on the situation of the Greek fiscal condition, and the key challenges of the Greek economy’.

In fact, Washington sources told The Slog last night BST that Collyns – a confidante of both Geithner and Stournas – was on a specific mission to impress on Greek Finance bosses the US Treasury’s sincerity in offering Greece “almost unqualified support in the event of a return to the drachma”. The White House is betting on the strong likelihood of Greece becoming formally insolvent before any more bailout monies are available from Berlin-am-Brussels.

It is now clear the Colorado shooting is a staged event. It mirrors previous shootings, including the assassination of Robert Kennedy blamed on the drugged patsy Sirhan Sirhan.

Recently produced evidence reveals that Sirhan was not the shooter and he was framed. In a federal court last November, lawyers argued that Sirhan “was an involuntary participant in the crimes being committed because he was subjected to sophisticated hypno programming and memory implantation techniques which rendered him unable to consciously control his thoughts and actions at the time the crimes were being committed,” according to court papers.

New damning details on the Colorado shooting now surface on a daily basis. The latest is that the highest honors neuroscience student James Holmes was seeing a psychiatrist. Holmes was a patient of Dr. Lynne Fenton at the University of Colorado. Fenton worked for the Air Force in Texas and was known for dispensing dangerous pharmaceutical drugs, according to the Washington Post.