#Israel Warns That "Threshold Of War" Will Be Crossed If #Hamas Doesn't Stop Firing Rockets https://t.co/IlKFQs9rck

Exclusive: Gene-edited super-crops to be grown in UK for the first timehttps://t.co/Vwj4Xz2GSD#UK #agriculture #environment #breaking

Read moreWorld News (May 30, 2018 Edition): “Assassinated” Anti-Putin Journalist Shows Up Alive At Kiev News Conference – Study: Cancer Commits Suicide After Exposure to Cannabis – Hundreds Of Millions Of Salmon Disappear On West Coast Of US – Gene-edited super-crops to be grown in UK for the first time – US approves merger of Bayer & Monsanto

Peter Schiff: Enjoy The Calm Before The Stormhttps://t.co/4jKBWKphjG#economics #investing

More Evidence That Lawyers Are Ruining America: You Won't Believe What McDonald's Is Being Sued For Now… https://t.co/OkCpuP7d83#MCD #McDonalds

Every #Starbucks In America Closed For Sensitivity Training This Afternoonhttps://t.co/ZpQmkOopVE#business

"You will find something more in woods than in books. Trees and stones will teach you that which you can never learn from masters."

Real masters are very rare indeed. Most that are called masters are NOT masters at all, which is why those that have realized this turned to nature to become real masters. 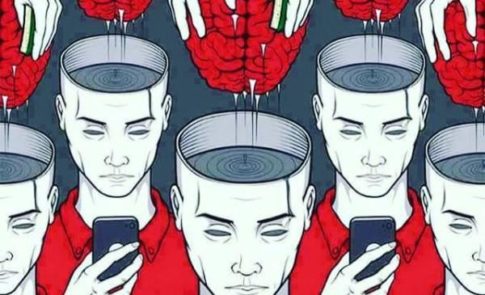 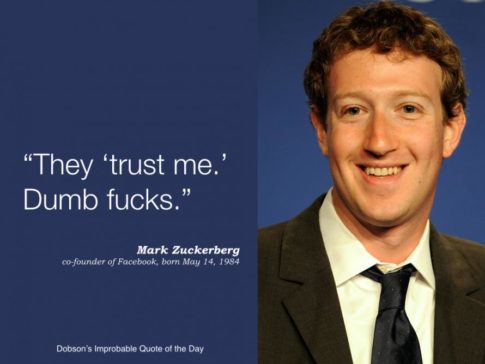 – Facebook Admits “Most” Of Its 2.2 Billion Users Exposed To Data Scraping, “Malicious Actors”:

Facebook has admitted that “most” of its 2.2 billion users “could have had their public profile scraped” by third parties without their knowledge, and that the personal information of up to 87 million people was improperly shared with Cambridge Analytica, the company disclosed on Wednesday.

“In total, we believe the Facebook information of up to 87 million people — mostly in the US — may have been improperly shared with Cambridge Analytica,” said Mike Schroepfer, Facebook’s Chief Technology Officer.

Facebook sent a cardiologist to several major U.S. hospitals to pitch a scheme that would combine a patient’s medical file with user data collected by the beleaguered social media giant, in order to “figure out which patients might need special care or treatment,” reports CNBC.

The program, which “never progressed passed the planning phase” according to Facebook, was put on pause after the Cambridge Analytica data harvesting scandal raised concerns over the company’s policies governing data collection and use.

Facebook’s pitch, according to two people who heard it and one who is familiar with the project, was to combine what a health system knows about its patients (such as: person has heart disease, is age 50, takes 2 medications and made 3 trips to the hospital this year) with what Facebook knows (such as: user is age 50, married with 3 kids, English isn’t a primary language, actively engages with the community by sending a lot of messages). –CNBC

Recently as last month, however, Facebook was discussing the program with several health organizations – including Stanford Medical School and American College of Cardiology.