Update: it did not take long to find the possible bombing suspect:

Over the weekend when we reported that one of China’s largest coal miners had laid off 100,000, or 40% of its workforce, we noted that China’s hard-landing is starting to hit where it really hurts: employment, or rather the lack thereof, and the one logical consequence: “now, many migrant workers struggle to find their footing in a downshifting economy. As factories run out of money and construction projects turn idle across China, there has been a rise in the last thing Beijing wants to see: unrest.“

Following yesterday’s collapse in the Nikkei, when a 4% drop pushed it red for the year below 17,000, down 20% from a high of 21,000 hit just over a month ago, we had just one question for Japan’s pension fund “fudiciaries” who have been “greatly rotating” out of bonds for the past few years as the primary sources for BOJ debt monetization, dumping trillions in fixed income yen, and promptly buying up equities: equities which have gone nowhere in 2015, and which have posted massive losses in the third quarter.  The question was:

What are Japan’s pension fund losses after the Nikkei wipeout from 21k to 17K?

Less than 24 hours we got the answer, when moments ago Nikkei reported thatQ3 losses at (at least one) pension funds were just under JPY 10 trillion in the third quarter.

For the first time since 2009, all six major Fed regional activity surveys are in contraction territory… time to hike rates?

– For The First Time During This Business Cycle, The US Hasn’t Added A Single Manufacturing Job This Year:

According to ADP, for the first time this decade, the US hasn’t created a single manufacturing job for the entire year. In fact, it has lost some 6,600 jobs. But don’t worry: we hear “economic recoveries” driven by hiring of minimum wage retailers, low-wage teachers, and of course, waiters and bartenders, are all the rage in this business cycle. 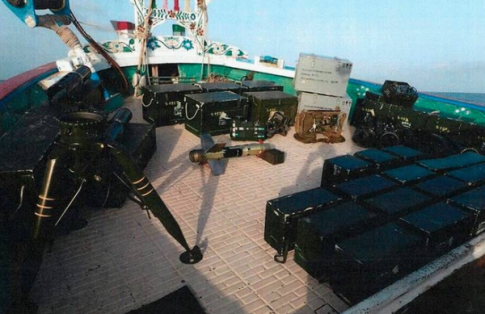 With Syria making national headlines on a daily basis, it’s easy to forget about the Middle East’s other proxy war raging in Yemen.

For months, a Saudi-led coalition has been battling Iran-backed militants for control of the country which was effectively wrested from Mansour Hadi earlier this year when the Sauid-backed President was forced to flee to Riyadh as the Houthis advanced on Aden.

During the “recovery” from the Great Recession, the land of Lincoln had more people enter the food-stamps program than start jobs. Food-stamps growth in Illinois has outpaced jobs creation by a 5-4 margin… and stunningly, has put 25 people on food stamps for every manufacturing job created during the recession recovery.

Since the start of June, global equity markets have lost over $13 trillion. World market capitalization has fallen back below $60 trillion for the first time since February 2014 as it appears the world’s central planners’ print-or-die policy to create wealth (and in some magical thinking – economic growth) has failed – and failed dramatically. To rub more salt in the wounds of monetray policy mumbo-jumbo, despite endless rate cuts and balance sheet expansion around the world, the last 4 months have seen an 18% collapse – the largest since Lehman. 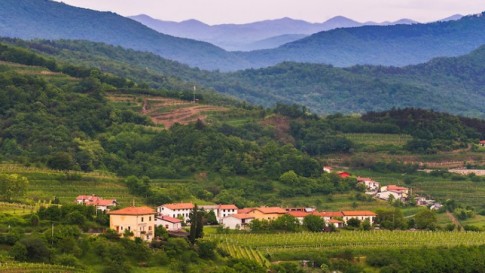 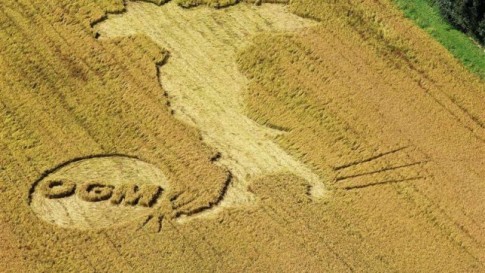 Austrian Health Minister Sabine Oberhauser and a number of Italian Ministries have confirmed that both countries are officially requesting an opt-out from growing the eight varieties of  GM maize permitted or set to be permitted at the EU level, thus there will now be a full ban on GM crops in both countries under new EU regulations.

“Austria has made use of the newly created EU opt-out rules for the authorization of genetically modified crops,” Oberhauser stated on Wednesday. She further added that Austria’s geographical opt-out demand was delivered to the European Commission earlier this week.

– What it means when gold sells at a NEGATIVE price…:

The price of propane actually became negative, hitting an unbelievable -0.625 cents per gallon.

It’s hard to believe that the price of a productive commodity could become so beat down by the market that producers would practically have to pay you to take it off their hands.

Read moreGold: ‘The More Ridiculous The System Gets, The More Valuable It Becomes’

A senior US official said that Russian diplomats had sent an official demarche ordering US planes to quit Syria, adding that Russian fighter jets were now flying over Syrian territory. US military sources told Fox News that US planes would not comply with the Russian demand. “There is nothing to indicate that we are changing operations over Syria,” a senior defense official said.

That Russia launched its first air strikes in Syria Wednesday, Sept. 30 was confirmed by the Russian Defense Ministry in Moscow and criticized by US officials. Moscow stressed that it acted in support of Bashar Assad’s war on the Islamic State, assisted by other foreign powers including Iran and Iraq working together from an allied command center in Baghdad. Its targets were described as stores, ammunition dumps and vehicles, located according to US sources around Homs and Hama. The Russian communiqués did not indicate which organizations were bombed.

Today is the 70th anniversary of the UN. It is not clear how much good the UN has done. Some UN Blue Hemet peacekeeping operations had limited success. But mainly Washington has used the UN for war, such as the Korean War and Washington’s Cold War against the Soviet Union. In our time Washington had UN tanks sent in against Bosnian Serbs during the period that Washington was dismantling Yugoslavia and Serbia and accusing Serbian leaders, who tried to defend the integrity of their country against Washington’s aggression, of “war crimes.”

The UN supported Washington’s sanctions against Iraq that resulted in the deaths of 500,000 Iraqi children. When asked about it, Clinton’s Secretary of State said, with typical American heartlessness, that the deaths of the children were worth it.

David Cameron has for the first time publicly denied allegations made in a biography written by the former Tory donor Lord Ashcroft that he was involved in a bizarre university club ritual with a dead pig’s head. 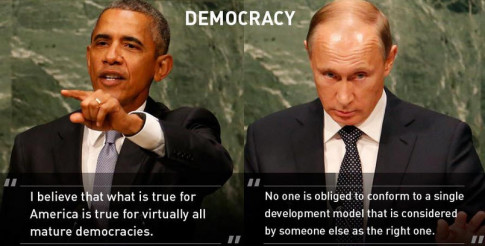 – The Worst Nuclear Disaster In US History That You’ve Never Heard About:

The United States government deliberately hid “the worst nuclear disaster in U.S. history,” according to experts and an in-depth investigation by NBC4 Southern California. Whistleblowers have also come forward to expose the little-known catastrophe, which occurred north of Los Angeles in 1959 and leaked over 300 times the allowable amount of radiation into surrounding neighborhoods. That contamination is now linked to up to a 60% increase in cancer in the area, but the government still refuses to acknowledge its colossal mistake.

The ongoing tragedy was driven by America’s darkest demons, from dogmatic militarism to aggressive corporatism, and ongoing government and corporate efforts to cover-up the disaster are nothing short of staggering.

– The Stunning “Explanation” An Insurance Company Just Used To Boost Health Premiums By 60%:

“With advances in medical technology, prescription drugs and ways to treat injuries and illnesses, Americans are living healthier lives. [i.e., living longer] Because of these changes, we must adjust your premium to stay in line with increased costs.”