When those parroting, obfuscating alarmists claim that “zero cold records have fallen in 2023”–as they are assured of claiming, for they claim it every year–be sure to forward them this graphic (for starters): pic.twitter.com/0i9tFv2xV1

“A brutally cold air mass is headed to the Northeast US for Friday into Saturday with zero degrees on the table in New York City.

Nothing says ‘catastrophic global warming’ & ‘ecological collapse’ like a tripling of a continent’s bison population.https://t.co/wwwUyMhEIZ

“The rule takes effects February 21, 2023 and equips the nation with a new clean power source to help drive down emissions across the country.”

– Temperatures in Northern Hemisphere Due to Fall Over Next 25 Years, According to Six Top International Scientists

The Chinese city of Mohe dropped to minus 53 degrees Celsius Sunday, according to China Daily, citing data from the country’s local weather bureau.

“As a new round of extreme cold hit Heilongjiang, a number of areas in the Greater Khingan Range have recorded their coldest ever temperatures,” China Daily said.

…with scientists warning the exact same phenomena are playing out today.https://t.co/9PHJnoMnFu

– China To Accelerate The Construction Of Coal-Fired Power Plants 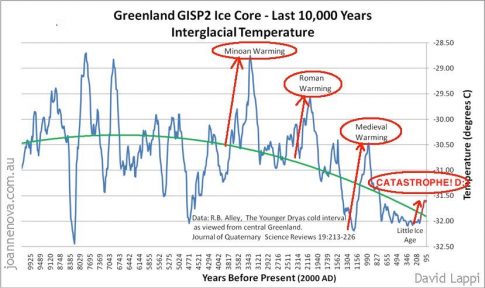 Suppose that Scotland’s CO2 emissions fell tomorrow to zero, i.e., that, at midnight, the country ceased to exist.

Then according to the “Model for the Assessment of Greenhouse Gas Induced Climate Change” (MAGICC), based on the latest IPCC climate models, the reduction in the Earth’s temperature in 2100 would be…undetectable.

– Silicon Valley Has 20-40 Inches of Rain, Flooding, But Clings to ‘Severe Drought’’

“The biosecurity measures all of the farmers infected or not, like not having visitors on your properties… covering your workers from head to toe in bio suits and constantly and meticulously disinfecting… is expensive and mind-numbing,”