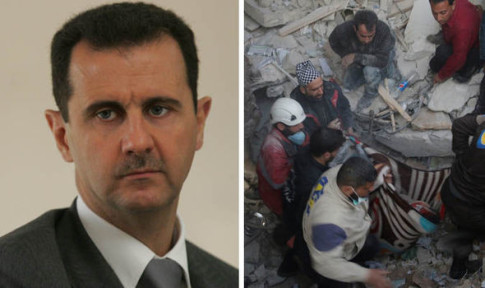 In recent days a number of key military initiatives have taken place both in Saudi Arabia and in Turkey which correspond with recent threats made by both countries to reverse the tide of the Syrian war, following a number of key battles won by Russian and Assad regime forces.

Some unexpected statements emerged in Al-Jazeera’s interview with Prime Minister Ahmet Davutoglu, who acknowledged that Ankara was supporting armed groups in Syria, while ruling out a Turkish invasion and accusing Russia of ethnic cleansing.

Davutoglu praised the militants currently in control of the strategic city of Aleppo, who are engaged in a war against Damascus, for repelling attacks from various forces.

“How would they be able to defend themselves if there was no Turkish support of the Syrian people? … If there’s today a real moderate Syrian opposition, it’s because of the Turkish support. If today the [Assad] regime isn’t able to control all the territories [it’s] because of Turkish and some other countries’ support,” he told Al-Jazeera earlier this week. 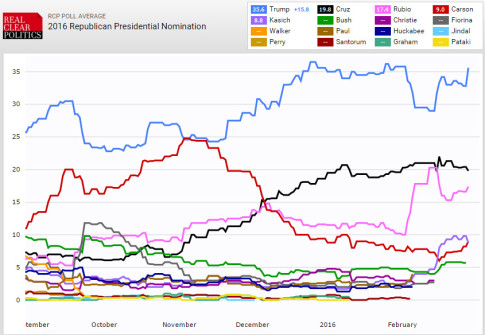 Read more‘The GOP Is On The Verge Of A Meltdown’: Senior Republicans Threaten To Vote For Hillary 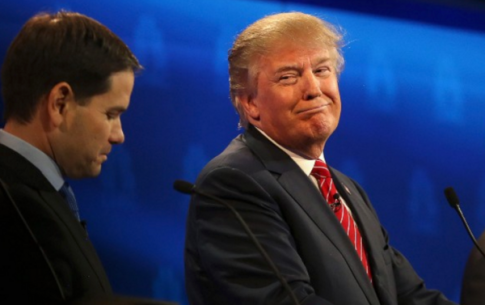 – End of the British Army? EU plots ‘scandalous’ military merger if UK votes to stay in

Controversial addition to the Grassroots Out rally, George Galloway, has ripped into the “childish” and “tabloid” BBC for asking him to come into studio to discuss the European Union, but then launching a personal ‘gotcha’ attack on him demanding he defend his appearance at the event.

Mr. Galloway was invited to appear on today’s Daily Politics show on BBC2, but alleges he was misled by producers. He told interviewer Jo Coburn:

– L.A. Times: “Ongoing fish famine” along US West Coast — “Dearth of food across ocean” — Severe fishery implosion — Supply has been low since 2011 — Gov’t Expert: “Looks very grim… It is hard to watch”:

L.A. Times, Feb 25, 2016 (emphasis added): Fewer sea lions have been stranded this year, but that’s a bad sign, scientists say… it’s a sign that the sea lion population is dwindling rather than recovering. An ongoing fish famine is preventing mothers from producing enough milk, resulting in smaller and less hardy pups. As of Monday, there had been 375 sea lion strandings so far in 2016… about 160 sea lions are found stranded during the first two months of a typical year… [L]ess available prey are hurting newly born sea lions the most, potentially slowing down the species’ population growth, scientists say. “It’s going to decline,” said Sharon Melin, wildlife biologist at the NOAA Alaska Fisheries Science Center… During NOAA’s survey of the sea lion breeding grounds, Melin said, researchers saw more dead pups than usual. The increased mortality could cause fewer pups to become stranded because they’re dying before they can leave the islands, she said. The exact number of dead pups is not known… The pups… should have gained about 20 pounds in the last six months, Melin said, but they haven’t grown at all. “It still looks very grim this year,” Melin said…

Kiev is preparing a special military unit in a bid to retake Crimea, the Ukrainian premier says.

“We are working on a project that will prepare us to regain Crimea,” said Arsen Avakov, RT reported on Saturday.

Crimea declared independence from Ukraine on March 17, 2014 and formally applied to become part of Russia following a referendum a day earlier, in which 96.8 percent of participants voted in favor of the secession.

– Violence as thousands turn out for ‘family values’ rally in Stuttgart, Germany (VIDEO,PHOTOS):

Thousands of people took to the streets of Stuttgart, Germany to protest a new curriculum set to emphasize sexual diversity. Several groups clashed with police resulting in at least 18 people sustaining injuries.

A mass rally called “Demo für alle” (Demonstration for everyone) was held on Stuttgart’s central Schillerplatz square on Sunday. According to police, about 4,500 people took part in the demonstration, which was organized by the conservative civic association “For Marriage and Family,” whose motto is “Stop gender ideology and sexualization of our children,” local media report.

Demonstrators were protesting the upcoming adoption of a new school curriculum that is expected to be approved by the regional government just before elections. A statement posted on the official site of the rally organizers says that the regional Culture and Education Minister intends to “surreptitiously” sign the document, which has provoked heated public discussion for the past two and a half years. 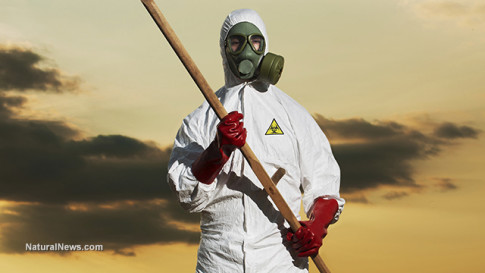 In the latest insult to scientific transparency and food consumers everywhere, the U.S. Congress is pushing hard to pass the DARK Act that would outlaw all mandatory GMO labeling nationwide.

This act of outrageous food secrecy is being pushed by Monsanto and the evil biotech industry. It’s the latest desperate attempt to keep consumers in the dark about all the poisonous GMOs and glyphosate they’re eating. When the voters keep demanding labeling laws — and passing them! — the poison-pushing industry’s weapon of last resort is to pay off the lawmakers to ban mandatory GMO labeling.