With the announcement that Ahmet Davutoglu will step down from his role as Turkish Prime Minister, Radio Sputnik’s Loud & Clear speaks with journalist William Whiteman to discuss this latest example of President Erdogan’s increasing authoritarianism.

When the leading AKP holds its party congress in the next 15 to 20 days to select a new leader, Davutoglu will not run, CNN Turk has reported.

Some unexpected statements emerged in Al-Jazeera’s interview with Prime Minister Ahmet Davutoglu, who acknowledged that Ankara was supporting armed groups in Syria, while ruling out a Turkish invasion and accusing Russia of ethnic cleansing.

Davutoglu praised the militants currently in control of the strategic city of Aleppo, who are engaged in a war against Damascus, for repelling attacks from various forces.

“How would they be able to defend themselves if there was no Turkish support of the Syrian people? … If there’s today a real moderate Syrian opposition, it’s because of the Turkish support. If today the [Assad] regime isn’t able to control all the territories [it’s] because of Turkish and some other countries’ support,” he told Al-Jazeera earlier this week.

–  Another Turkish Shocker: “Netanyahu And The French Terrorists Are The Same”, PM Says (ZeroHedge, Jan 15, 2015):

Just two day after the Turkish President Erdogan’s stunning outburst that “the culprits are clear: French citizens undertook this massacre and Muslims were blamed for it,” and blamed Mossad for masterminding it, Turkish Prime Minister Ahmet Davutoglu on Thursday accused his Israeli counterpart Benjamin Netanyahu of committing “crimes against humanity” comparable to those of the Islamist gunmen behind the Paris attacks that left 17 dead.

“Netanyahu has committed crimes against humanity the same as those terrorists who carried out the Paris massacre,” he told reporters in Ankara in televised comments.

Davutoglu said Netanyahu was “the head of a government which massacred children playing in the beaches in Gaza and destroyed thousands of houses.”

He said the Israeli premier’s government “made almost natural the killing of Palestinians at every opportunity.”

Read moreTurkish PM Ahmet Davutoglu: ‘Netanyahu Has Committed Crimes Against Humanity The Same As Those Terrorists Who Carried Out The Paris Massacre’

Russia expressed a thinly veiled protest on Thursday at the grounding by Turkish authorities of a Moscow-Damascus passenger jet over accusations it was carrying “illegal cargo.”

Turkish F-16 fighter jets forced down the Syrian Air Airbus A320 some three hours after it had taken off from Moscow’s Vnukovo international airport. Turkey eventually permitted the A320 to resume its flight after a five-hour inspection of the aircraft that resulted in the seizure of a number of items.

“There is illegal cargo on the plane that should have been reported,” Turkish Foreign Minister Ahmet Davutoglu told national media.

“We are concerned that the life and security of the passengers, including 17 Russian nationals, was endangered,” Russian Foreign Ministry spokesman Alexander Lukashevich said on Thursday. 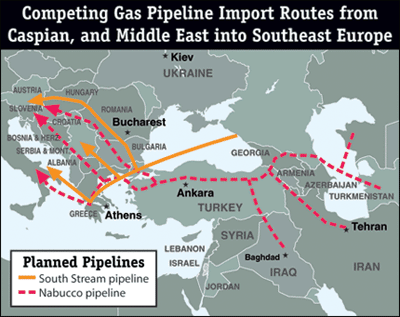 The military action, which was used by the Turkish military, conveniently, to establish a ten-kilometer wide no-man’s land “buffer zone” inside Syria, was in response to the alleged killing by Syrian armed forces of several Turkish civilians along the border.

There is widespread speculation that the one Syrian mortar that killed five Turkish civilians well might have been fired by Turkish-backed opposition forces intent on giving Turkey a pretext to move militarily, in military intelligence jargon, a ‘false flag’ operation.[i]

– The No.1 Trend Forecaster Gerald Celente On Who Really Creates All These Wars And Why (Video)

Secretary of State Hillary Clinton and Turkish Foreign Minister Ahmet Davutoglu got straight to the point in their joint news conference Saturday. They announced the creation of a new working group that will monitor what’s happening next door in Syria and prepare for crises.

One of those crises could include the possibility that the Syrian government decides to deploy chemical weapons against rebels or other perceived enemies.

Clinton says the new U.S.-Turkish working group needs to be ready for anything, including “the horrible event” of possible chemical weapons use, according to The Associated Press. The new working group will coordinate responses to any chemical attack should it occur.

Read morePreparing For A ‘Horrible Event’; The U.S. And Turkey Plan For Syria’s Collapse