– Caught On Tape: Uber CEO Argues With Driver Over Declining Fares – “Take Responsibility For Your Own Shit”:

Earlier this month, on Superbowl Sunday, in fact, Uber CEO Travis Kalanick hopped into an Uber Black Car with two female companions for what he thought would be just another easy trip to the destination of his choice.  Unfortunately, this particular ride got a little more complicated than he had hoped when his driver, 37-year-old Fawzi Kamel, decided to confront him on Uber’s falling fares, which he alleged had cost him a total of $97,000 and forced him into bankruptcy.  After the ride, Kamel rated Kalanick at 1-star and submitted his recorded conversation with the confrontational CEO to Bloomberg.

The first 3 minutes and 50 seconds of the video is nothing more than a series of awkward exchanges between Kalanick and his special lady friends along with a series of random body gyrations to the tune of Maroon 5’s “Don’t Wanna Know”.

That said, things start to heat up when one of the young ladies implies that Uber is having a rough year financially (she must be a reader).  Of course, Kalanick responds by implying that burning hundreds of millions of dollars annually is all part of his master plan:

But things really get interesting when Kalanick’s driver decides to confront him on falling Uber fares:

Read moreCaught On Tape: Uber CEO Argues With Driver Over Declining Fares – “Take Responsibility For Your Own Shit”

The White House is proposing to cut spending by 37% for the State Department and U.S. Agency for International Development budget, in order to free up some of the billions in funding Trump has promised the Defense department. 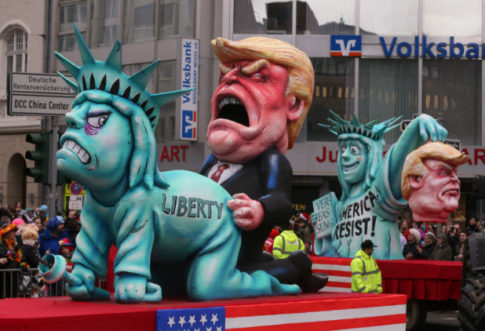 – Bangladesh – Betel leaf falling off trees due to extreme cold

– The Stupidity of Jeff Sessions Could Single-Handedly Bring Down Trump:

The corporate media would have you believe that the key to resisting Trump lies in the embrace of heinous individuals and institutions such as themselves, George W. Bush, and the CIA, as well as clownish figures manufactured by neocons such as Evan McMullin (formerly of both Goldman Sachs and the CIA). Ironically enough, though Trump supporters see these nefarious outside forces as the biggest threat to his administration, I believe that if Trump’s Presidency goes up in total flames it most likely will be the fault of the ridiculous fossil he chose as Attorney General, Jefferson Beauregard Sessions III.

The French government’s flagship program to deradicalize jihadists is a “total failure” and must be “completely reconceptualized,”according to the initial conclusions of a parliamentary fact-finding commission on deradicalization.

A police sharpshooter accidentally opened fire during a speech by French President Francis Hollande, injuring two people in the process, AP reported. “I hope that wasn’t serious,” Hollande said nonchalantly after the loud shot rang out, before continuing with his speech. 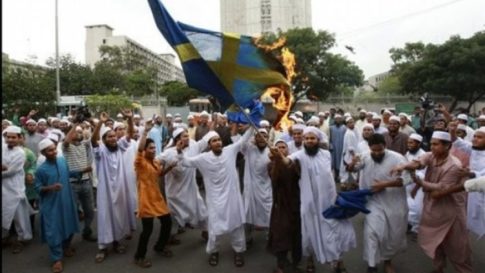 The Globe and Mail’s Margaret Wente has been doing a little research into how things are going with Sweden’s left-lauded “welcoming” and “generous” immigrant policies. Her conclusion: “Not so well.” At all.

“In Sweden, where equality is revered, inequality is now entrenched,” writes Wente. Citing staggering unemployment rates for immigrants, even after 15 years of living in the country, and skyrocketing welfare costs (58% of welfare payments go to immigrants, 16% of the population).

Meanwhile, the population is getting increasingly bulkanized, with more and more immigrants uninterested in assimilating while now around a quarter of Swedes side with the country’s anti-immigration party.

Read moreSweden: 58% of welfare payments go to immigrants, 16% of the population

– Norway: Oslo Police — “We Have Lost the City”

“We’ve identified the issue as high error rates with S3 in US-EAST-1, which is also impacting applications and services dependent on S3. We are actively working on remediating the issue.”

Inch by inch it is a cinch.  Incrementalism is how the globalists get things done and child-sex-trafficking is not any different.

Don’t forget that Soros once gave $2 million to NAMBLA, the organization seeking to legalize pedophilia.

… send in all police forces & the military and deport all those Muslim migrants at gunpoint and the violent crime rate will go back to be almost zero in no time.

Yes, this may be racist, or whatever you want to call it, but above all it’s the TRUTH!!!

That said, those who have engineered the migrant crisis (the Rothschilds, Soros, etc. are Khazars) were fully aware of the outcome.

The Rothschilds are the ones that funded and brought Adolf Hitler to power and created WW2, which has been a staged event, just like WW1.

And these bloody bastards have WW3 planned for us.

Next up financial/economic collapse, civil war, revolution (in the U.S. & Europe), directly followed by WW3, as predicted:

Det Goda Samhället (the good society) is a Swedish initiative that discusses the necessities of a good society, and is dedicated to reporting on issues in Sweden that they feel need to be addressed. To this end, it has also started up a series of interviews on YouTube and podcasts. This interview is by Paulina Neuding, with Gordon Grattidge, the President of the Swedish Ambulance Drivers Union, who makes it absolutely clear that Swedish no-go-zones are a fact of life that his personnel is faced with every day.

Some of the highlights:

A female engineer at Tesla has accused Elon Musk’s car company of ignoring her complaints of “pervasive harassment”, paying her a lower salary than men doing the same work, promoting less qualified men over her and retaliating against her for raising concerns.