– One person is killed as mob of 20,000 Muslims burns down Hindu village in Bangladesh after rumour spread that a local had insulted Prophet Mohammed on Facebook

– Bangladesh – Betel leaf falling off trees due to extreme cold

The incredible story behind the cyber heist that resulted in an $81 million loss for the central bank of Bangladesh continues to get more intriguing. Bangladesh is looking to sue the NY Fed for lapses in protocol, while Philippine officials race to untangle a complex web of bad actors and shady go-betweens that looks like it may lead back to one Kim Wong, who 15 years ago was accused of connecting then-Senator Panfilo Lacson to drug lords. Meanwhile, a cyber security expert who spoke to the police and the media was kidnapped from a motorized rickshaw by men in plainclothes who blindfolded him, threw him in a vehicle, and drove away.

– The Incredible Story Of How Hackers Stole $100 Million From The New York Fed:

The story of the theft of $100 million from the Bangladesh central bank – by way of the New York Federal Reserve – is getting more fascinating by the day.

As we reported previously, on February 5, Bill Dudley’s New York Fed was allegedly “penetrated” when “hackers” (of supposed Chinese origin) stole $100 million from accounts belonging to the Bangladesh central bank. The money was then channeled to the Philippines where it was sold on the black market and funneled to “local casinos” (to quote AFP). After the casino laundering, it was sent back to the same black market FX broker who promptly moved it to “overseas accounts within days.”

That was the fund flow in a nutshell.

Someone at the New York Fed messed up.

On February 5, Bill Dudley was “penetrated” when “hackers” (of supposed Chinese origin) stole $100 million from accounts belonging to the Bangladesh central bank.

As we reported on Tuesday, the money was apparently channeled to the Philippines where it was sold on the black market and funneled to “local casinos” (to quote AFP). After the casino laundering, it was sent back to the same black market FX broker who promptly moved it to “overseas accounts within days.”

Obviously, that’s hilarious, not to mention extremely embarrassing for the NY Fed. Here’s what the Fed had to say yesterday about the “mishap”: 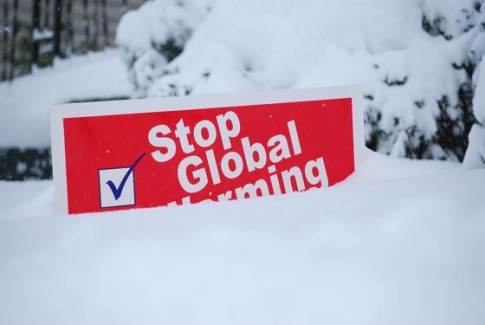 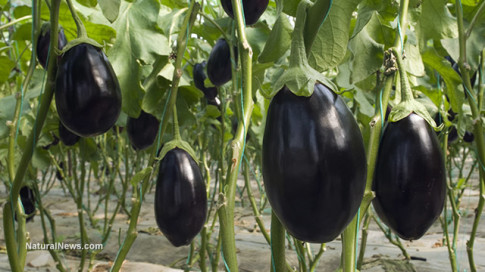 The director of a government testing agency in Bangladesh that granted approval for genetically modified (GM) Bt eggplant (brinjal), which turned out to be a total failure, exploded recently after being questioned about the safety of the “Frankencrop.” Dr. Rafiqul Islam Mondal* from the Bangladesh Agricultural Research Institute (BARI) angrily told a room full of reporters and farmers that, if they are so concerned about the safety of Bt brinjal, they should conduct their own safety research on the plant.

BARI insists that Bt brinjal does not harm humans, the environment or biodiversity. But the organization never actually tested the crop to see if any of this is true, a fact that ended up sparking a lively debate at a recent news conference. BARI had intended to use the conference as a platform to assert the safety of Bt brinjal, as well as defend its decision to approve it. Instead, its director ended up having a full-on meltdown when the public relations scheme didn’t go as planned. 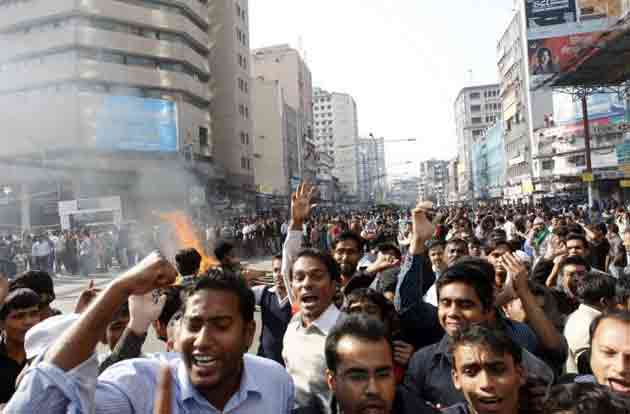 Police in Bangladesh used tear gas and water canons to disperse angry protests by crowds of small investors after a dramatic free-fall plunge on the country’s stock market caused the authorities to suspend trading.

Hundreds of outraged investors took to the streets outside the stock exchange in the Motijheel neighbourhood of the nation’s capital after the worst plunge in the country’s history saw the Dhaka Stock Exchange (DSE) fall by 660 points, or 9.25 per cent, in less than an hour.

Chanting slogans that accused brokers and traders of manipulating stock prices and of the government of failing to properly regulate the situation, the small-scale investors smashed up cars, burned tyres and ran loose until police stepped in to break them up. There were other protests in smaller cities and towns. Four journalists were reportedly beaten by police.

Read moreBangladesh Investors: ‘Our Savings Have Vanished – We’ve Lost Everything’