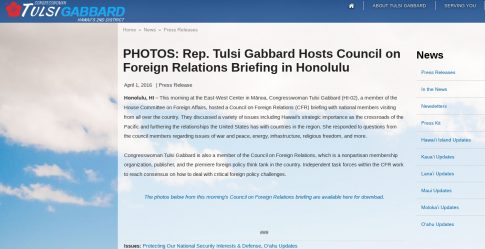 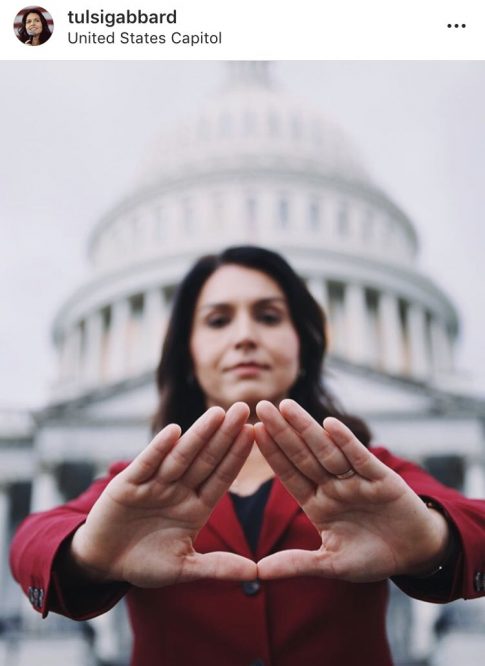 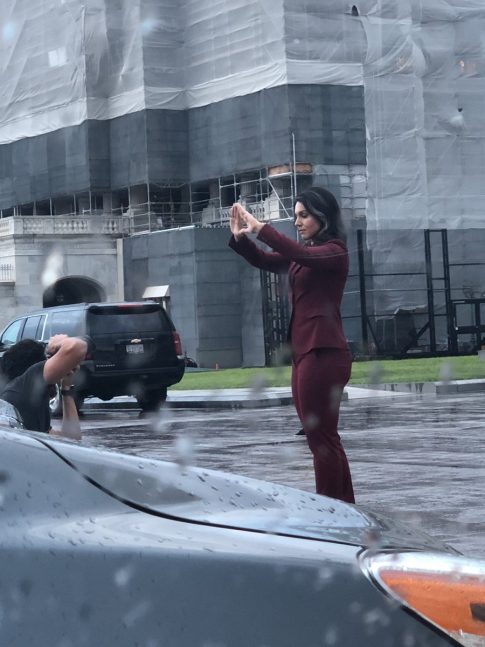 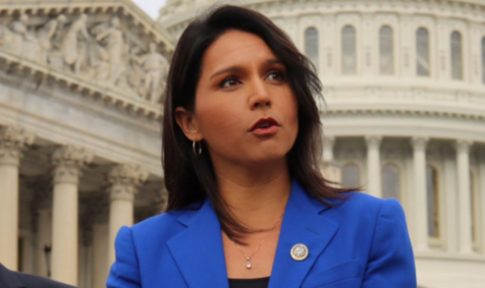 As Western nations are being told to brace for more terror attacks like Manchester, mainstream media continues to simplify the narrative for public consumption, hoping that the general public will believe this is just a simple struggle between good and evil, black and white, right and wrong. There are some, however, who are telling the whole story.

Hawaii State Representative, Tulsi Gabbard, has been working to expose the truth and strike the roots of international terror. After actually traveling to Syria she introduced the Stop Arming Terrorists Act, which acknowledges that ISIS and other terror organizations would not exist without our financial and material support. Now she has condemned Trump’s recent arms deal with Saudi Arabia, one of the world’s most egregious human rights violators.

– Liberals Call For Ouster Of Democrat Representative After She Questions Syria Attacks:

Sporting a sweet new “Resist” picture on Twitter, Neera Tanden, President of the Center for American Progress and author of numerous embarrassing email exchanges with John Podesta, called on Hawaiians to oust their Representative, Tulsi Gabbard, for having the audacity to question whether Assad was responsible for the recent chemical weapons attacks in Syria.

People of Hawaii’s 2nd district – was it not enough for you that your rep met with a murderous dictator? Will this move you?1 https://t.co/jbwGuZIJ6R

Of course, we’re almost certain that Neera’s comments had nothing to do with the fact that Gabbard was one of the few House democrats to throw her support behind Bernie Sanders in the 2016 presidential election rather than Tanden’s chosen candidate, Hillary.

Washington, D.C. – In a show of solidarity with the Standing Rock Sioux, U.S. Congresswoman Tulsi Gabbard, a Hawaii Democrat who served two tours of duty in the Middle East, and who continues to serve as a Major in the Army National Guard, announced that she will be joining thousands of veterans coming from across the country to protest the building of the Dakota Access Pipeline (DAPL) near the Standing Rock Reservation.

“If my participation in this protest helps send one message, it is this: We must protect our fragile water resources for current and future generations,” said Gabbard, who has been involved in environmental activism since her youth. 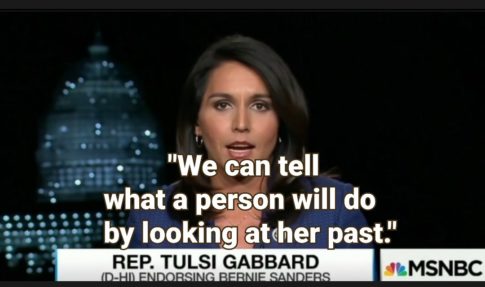 – The State Department’s Wrong-Headed Push for War With Syria:

Of all the myths that pass for conventional wisdom in Washington in the late Obama years, perhaps one of the most intractable is the idea that the president has “done nothing” concerning Syria.

According to a Robert S. Ford, who served as US Ambassador to Syria (2010–14), and is now a senior fellow at the Middle East Institute, the Obama administration has followed a “hands-off” policy regarding Syria, claiming that the president and other senior administration officials have “been reluctant to use all tools available to create pressure” on the Syrian government. And last week The New York Times reported that 51 mid-level State Department officials authored a “dissent cable” to Secretary John Kerry urging the United States to carry out “military strikes against the government of President Bashar al-Assad.” The Times noted further that Foggy Bottom’s pinstriped dissidents have long “chafed at the White House’s refusal to be drawn into the conflict in Syria.”

In a remarkably candid interview with Wolf Blitzer, Gabbard calls Washington’s effort to oust Assad “counterproductive” and “illegal” before taking it a step further and accusing the CIA of arming the very same terrorists who The White House insists are “sworn enemies.”

In short, Gabbard all but tells the American public that the government is lying to them and may end up inadvertently starting “World War III.”