According to Joe Biden and the pundits in the mainstream media, the U.S. economy is in great shape and much better times are just around the corner.  In fact, CNN is actually scolding those of us that are warning that economic conditions are rapidly deteriorating.  A CNN article entitled “It’s time to chill with all the recession talk” is boldly declaring that the economic optimists were correct and that what our leaders are doing is working.  Of course that is music to Joe Biden’s ears, because he is trying very hard to convince all of us that the policies of his administration have the U.S. economy moving in the right direction.  Of course you will never hear Biden share any of the numbers that I am about to share with you.  The following are 16 signs that the U.S. economy is going to be “just fine”…

#1 74 percent of Americans believe that interest rates will go even higher in the next six months.

#2 67 percent of Americans believe that inflation will go even higher in the next six months.

#3 Only 36 percent of Americans expect that the U.S. economy will grow in the next six months.

#4 Only 31 percent of Americans expect that the stock market will go up in the next six months.

#5 Only 29 percent of Americans expect that unemployment will go down in the next six months.

#6 Boeing just announced that it will be giving the axe to 2,000 workers this year…

Read more16 Signs That The U.S. Economy Is Going To Be “Just Fine” 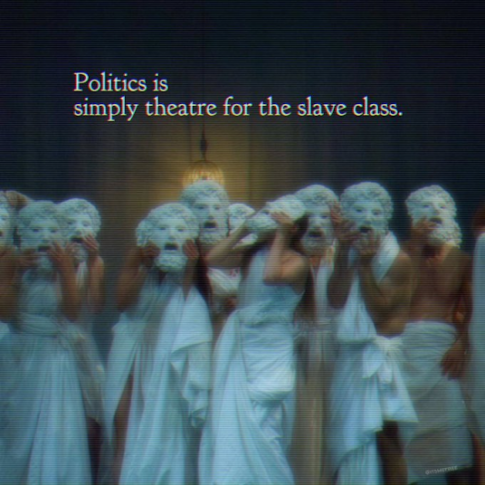 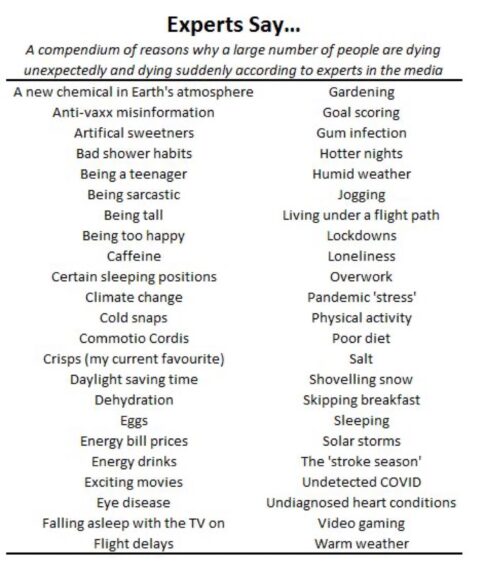 "The weather is not helping".

Those forced onto the streets are now dealing with dangerously low temps and heavy snowfall.https://t.co/iTdhnkILZm

As with misinformation, labeling someone who disagrees with the current standardthink as a “denier” has become, pardon the term, endemic amongst the woke.

Covid denier, climate denier, election denier, science denier – are all bandied about to immediately end debate,  tar any difference of opinion as literally insane, and depict anyone who ever disagrees with you as stupid and evil.

This epithet is now even being used pre-emptively to makes sure that no matter what anyone who now or ever questions the move to ban gas stoves will not be doing so based on facts or logic but because of their “gas stove denialism.”

Like so much woke terminology, the initial meaning of the term is far removed from its current usage, though it has the distinct advantage of being generally familiar, allowing it to be “Trojan Horsed” (admittedly, some arise sui generis) into public discourse.

Common usage of the term “in denial” (besides the joke about the river in Egypt) seemed to come to the fore mostly in regards to an inability to face up to an obvious, almost always, personal truth.

Disney has nixed an episode of “The Simpsons” from their streaming service in Hong Kong which references “forced labor camps” in China.

The episode, “One Angry Lisa,” which originally aired in Ocober, was inaccessible from the Disney+ platform in Hong Kong, according to the Financial Times.

In the episode, Marge Simpson is taking a virtual bike class with the Great Wall of China in the background. Her instructor says “Behold the wonders of China. Bitcoin mines, forced labor camps where children make smartphones.”

Disney+ removed an episode of Simpson (again) in Hong Kong due to reference of China’s forced labor camp. This is what you’ve missed. pic.twitter.com/zdEihr4LuR

The removal comes after the CCP imposed a controversial national security law in Hong Kong in 2020, under which offenses defined by the regime as ‘secession, subversion, terrorism and collusion with foreign forces’ can result in a lifetime of imprisonment.

This isn’t the first time Disney has bowed to Beijing. In 2021, the company pulled a 2005 episode referencing the 1989 Tiananmen Square massacre.

– Horrified Satan Distances Self From Grammys

Currently, at least twenty-one states in the US are in the process of passing legislation to ban “gender affirming care” within their borders while a handful of states are debating future steps. Under specific scrutiny are transition surgeries and drugs for children. In response, far-left institutions like the ACLU are seeking to intervene and trans protest organizations are raging.

It’s likely that any such legislation will fail in Democrat controlled states, but red states will probably succeed.  This has created anger among LGBT groups, many of them busing activists into state capitols to protest.

Part of what many refer to as the “trans trenders” movement, clinics offering gender affirmation procedures have exploded, going from 1 clinic in 2007 to over 100 clinics today.  Corporate sanctioned trans propaganda has also skyrocketed in the past five years.  With kids being exposed daily to trans ideology, the number of minors identifying as trans has jumped from less than 1% to around 5% in five years. 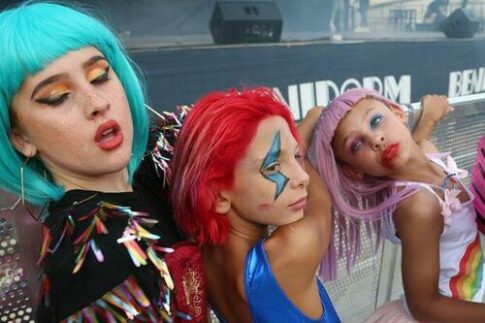 The notion of “gender identity” was created by researcher John Money and the Kinsey Institute in the 1960s.  It has been repackaged and rebranded in the past five-to-ten years as a “human rights” issue with trans activists declaring themselves an oppressed minority deserving of special treatment.

California’s Governor Gavin Newsom has called on the federal authorities to launch an investigation into the soaring natural gas prices in California and the rest of the Western U.S., as customers have been warned they would receive high gas utility bills.

– More Than 7,000 Dead As Turkey Declares State Of Emergency In Quake Zone

– Biden To Give SOTU Speech Tonight, Here’s What He’s Likely To Read

– Stocks & Bonds Pump’n’Dump After Powell: “May Need To Do More”:

“…reality is if we continue to get strong labor market reports or higher inflation reports, it might be the case that we have to raise rates more than is now expected…”

– Watch Live: Will Fed Chair Powell Pull The Dovish Rug Out From Under The Market?

– US Trade Deficit Surges To Record High In 2022 As China Flows Rebound:

The value of merchandise exports to China climbed to an all-time high of $153.8 billion, while imports increased to $536.8 billion, just under the record set in 2018…

– Russia exposes Ukrainian biolab operator Metabiota and its connections to the Pentagon, Hunter Biden, EcoHealth Alliance, and the WEF 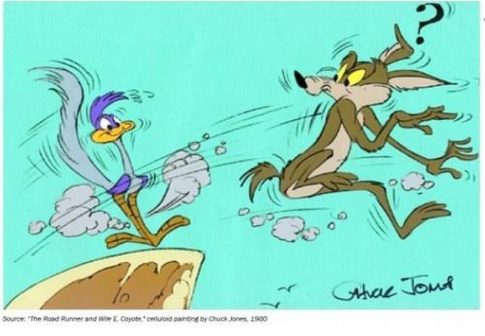