The sharp downward spiral of oil prices has prompted economists to predict that Tehran is facing severe financial hardship within the space of a few months.

Iran’s presidential contenders have to address the budget deficit brought about by the plummeting oil prices and the world banking crisis.

The country’s economy is almost totally dependent on oil, which accounts for 80% of the country’s foreign exchange receipts, while oil and gas make up 70% of government revenue.

Cash rolled in when the price of oil was above $140 a barrel and the country amassed huge foreign currency reserves, but with the price falling to around $40, that revenue has dried up accordingly.

For the first time since the Islamic revolution in 1979, Iranians will turn away from geopolitics and focus instead on the state of their economy when they go to the polls in June.

Ireland’s ‘miracle’ economy has turned terrifyingly sour – and as it strains against the inflexibility of the euro, its next crisis may shake the entire EU. 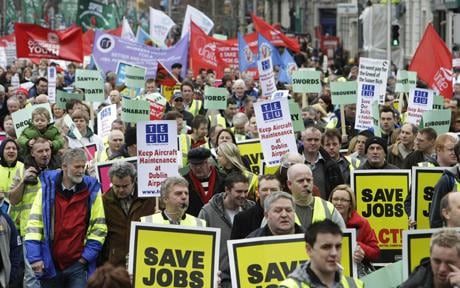 They can barely let the words pass their lips, but some of the EU’s most important policymakers were forced this week to discuss what was once unthinkable: that at least one of the 16 eurozone countries might be on the brink of ditching the single currency.

Jean-Claude Trichet, president of the European Central Bank, admitted that the 10-year-old eurozone was under “extreme strain”, with weaker countries struggling to keep their economies afloat in the face of the devaluation of other currencies, such as sterling and the dollar.

Joschka Fischer, Germany’s former foreign minister, darkly suggested that we would soon find out whether the eurozone would turn out to be “a disaster”, while the German finance ministry is vacillating on whether it would be prepared to bail out insolvent states.

The current thinking is that Germany and France, as the strongest economies in the zone and “lenders of last resort”, would have to bail out failing states: the prospect of the eurozone breaking up would bring the future of the EU into question.

But the most startling fact to emerge this week is that the country which is seen as the most vulnerable, and therefore the most likely to ditch the euro, is not Slovenia, or Cyprus, or Greece, but Ireland.

Read moreBreaking point for the eurozone?

Responding to the worst car markets in almost two decades, Volkswagen shuttered five German factories this week, affecting two-thirds of its 92,000-strong German workforce. That’s on top of a three-day shutdown at the main plant in Wolfsburg.

Read moreVolkswagen Will Cut All 16,500 Temporary Jobs Worldwide This Year

– Military to use new gel that stops bullets (Telegraph)

– Iraq hero goes on the warpath (Independent):
The Army’s most decorated serving war hero has accused the Government of failing soldiers suffering from mental trauma resulting from combat in Iraq and Afghanistan.

– Bailout The United States Treasury: The Last Remaining Asset Bubble Is Cracking:
In the video, Santelli reports the price of US Treasury CDS have settled north of 100.  For newcomers, this means that it now costs $100k to insure $10 million in US government bonds for 5 years.  Twelve months ago this same insurance cost $2,000. (So many times I have warned about the bond bubble. I hope you are prepared. This will be the greatest economic collapse in history.)

– Buffett says US Treasury bubble one for the ages (Reuters)

– Buffett Says Economy Will Be ‘In Shambles’ for 2009 (Bloomberg)

– The Two Documents Everyone Should Read to Better Understand the Crisis (Huffington Post):
The FBI has been warning of an “epidemic” of mortgage fraud since September 2004. It also reports that lenders initiated 80% of these frauds.

– Give to the rich to help the poor? An idea worthy of Bono (Guardian):
Satire? No – a genius really has concocted a tax proposal to put our aid budget in the hands of the super-rich

– Denying our children rights (Guardian):
MPs should think twice before they vote for the retention of innocent young people’s DNA

– Economy moving in reverse faster than predicted (AP):
“Consumers are just hunkering down and saying ‘game over,’ and businesses in response are cutting back on investment and employment,” said Brian Bethune, economist at IHS Global Insight. “It’s a negative feedback loop.”

– Fear of global depression rises as US reveals true extent of decline (Times Online):
(And the crisis has only just begun.)

– Asian power on the rise amid global downturn (Telegraph)

– HSBC to launch record $20bn share issue (Telegraph):
Fundraising to offset deterioration in its core Asian markets and escalating losses in the US.

– Jobless Angry at Possibility of No Benefits (New York Times)

– Drug Maker Is Accused of Fraud (New York Times):
The Justice Department charged the drug maker Forest Laboratories on Wednesday with defrauding the government of millions of dollars by illegally marketing the popular antidepressants Celexa and Lexapro for unapproved uses in children and teenagers.

– Anti-tax movement holds ‘Tea Party’ to protest Obama policies (Raw Story):
Describing themselves as the spark of a “new conservative counterculture,” several thousand anti-tax protesters took to the streets in over thirty cities on Friday to object to President Obama’s plans to counter the growing economic crisis with government spending.

– 13 Unsolved scientific puzzles (Times Online):
1. MOST OF THE UNIVERSE IS MISSING
We can only account for 4 per cent of the cosmos

“Our food system is nearly broke, which is almost as serious as our country’s financial meltdown.”

In the coming economic collapse, the ‘Greatest Depression’, things will turn out to be far worse than in the Great Depression. Food prices will skyrocket, but first the elite bankrupts everyone.

The government’s response to plummeting commodity prices and tightening credit markets leads to the basic question: Who will produce our food? This is a worldwide crisis. U.S. policy and the demand for deregulation at all levels — from food production to financial markets — contribute greatly to the global collapse. The solution must be grounded in food sovereignty so that all farmers and their communities can regain control over their food supply. This response makes sense here in Wisconsin and was the global message from the 500+ farmer leaders at the Via Campesina conference in Mozambique in October.

David Miliband and Jacqui Smith have both refused to appear before Parliament’s human rights committee to answer questions about allegations of British collusion in the torture of British citizens and residents detained during counter-terrorism operations in Pakistan.

In a move that dismayed members of the Joint Committee on Human Rights (JCHR), a joint letter from the foreign secretary and home secretary is also said to have failed to answer any of the eight questions that the committee asked about legal provisions offering MI5 officers immunity in the UK for crimes committed overseas. The JCHR is now asking Jonathan Evans, the director-general of MI5, to appear before it to be questioned about the agency’s policy and the conduct of his officers. 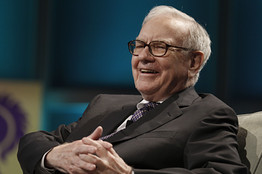 We’re now in a world of overpricing risk rather than underpricing it, pushing yields up for municipal or corporate bonds and knocking them down to near zero for short-term government bonds “and no better than a pittance” for long-term government securities.

“When the financial history of this decade is written, it will surely speak of the Internet bubble of the late 1990s and the housing bubble of the early 2000s.

But the U.S. Treasury bond bubble of late 2008 may be regarded as almost equally extraordinary. Clinging to cash equivalents or long-term government bonds at present yields is almost certainly a terrible policy if continued for long.”

“The penthouse, which first went on the market in October 2007 at $9.25 million, has since been appraised at $6.5 million, and its owner has decided to offer the property in a sealed-bid auction-like process in March, with a starting bid of $4.995 million.” “Mr. Orenstein says the owner decided on this process because he plans to move soon to Italy with his wife and baby.”

There are many millionaires and billionaires fleeing from the U.S. right now. No big city on this planet will be a safe place in the future.

THE real estate market in Manhattan has become so unnerving to buyers that some are forfeiting six-figure deposits rather than close on deals they have made. 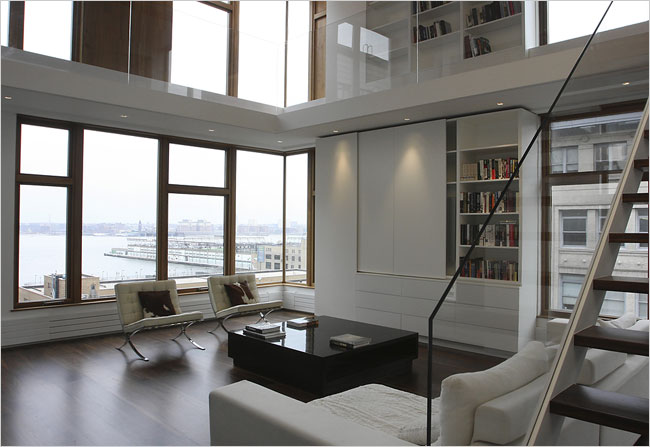 FORFEITED A buyer for this Spring Street penthouse, with stunning river views, walked away from the deal, and a $780,000 deposit.

At 304 Spring Street, a sleek condominium building in SoHo with stunning Hudson River views, the buyer for the duplex penthouse recently decided he would not go through with the deal and walked away from a $780,000 deposit.

At 1120 Park Avenue, a classic prewar co-op filled with multimillion-dollar apartments, it appears that a buyer forfeited a deposit of as much as $1.1 million.

Real estate agents representing buyers of at least three other multimillion-dollar properties also report clients who knowingly left deposits of more than $1 million or hundreds of thousands of dollars on the table.

In each case, the buyers had signed their contracts before the financial meltdown last fall, but decided in recent months that because values in the luxury real estate market have dropped 20 to 40 percent, it no longer made sense to go through with their deals. 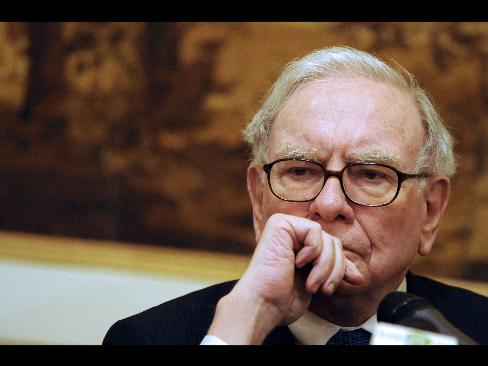 Fourth-quarter net income fell 96 percent to $117 million, or $76 a share, from $2.95 billion, or $1,904 a share, in the same period a year earlier, the Omaha, Nebraska-based firm said in its annual report. Book value per share, a measure of assets minus liabilities that Buffett highlights in his yearly letter to shareholders, slipped 9.6 percent for all of 2008, the worst performance since Buffett took control in 1965.

“The credit crisis, coupled with tumbling home and stock prices, had produced a paralyzing fear that engulfed the country” at the end of 2008, Buffett in his letter to shareholders today. “A freefall in business activity ensued, accelerating at a pace that I have never before witnessed.”