…and much worse than even Peter Schiff is telling you.

Maybe he knows that it will get much worse, but doesn’t want to tell you,…

…what I’ve been telling you for a loooooooong time.

– Gold Could Explode At Any Minute:

Last Thursday, the Dow Jones fell 724 points. It followed up with a 424 point decline on Friday. Meanwhile, the Nasdaq fell 2.43% Friday.

Most analysts blamed the plunge on fear of an all-out trade war between the US and China. But the Federal Reserve rate hike on Wednesday also likely played a part in the stock market decline. The markets don’t like the prospect of having their easy-money punch bowl taken away.

So, could we be on the verge of a gold breakout as stocks break down?

In his latest podcast, Peter Schiff said he believes we are already in a bear market. Technically, analysts don’t start talking bears until the stock market declines 20%. But as Peter pointed out, you have to drop 10% before you get to 20.

The mainstream analysts continue to assure us that everything is fine. The fundamentals haven’t change. Peter said in a sense, they’re right.

Read morePeter Schiff: Gold Could Explode At Any Minute

– Peter Schiff: “We Will Live Through Another Greater Depression…” 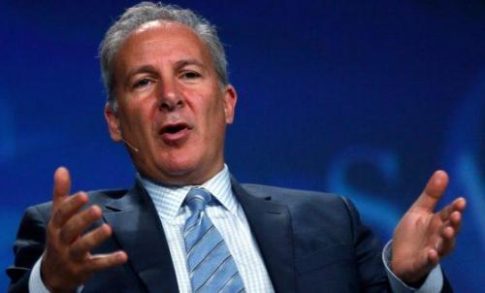 Toys R Us closing 182 stores. Existing home sales decline, service sector declines at the same time. One trader reports that the market is not ready for a trade war and the market might break and decline. Peter Schiff explains how we have reached the end game, the economy is ready to collapse, the system cannot be sustained.  The race is real, the central bank does not want to be blamed for a collapsing economy, Trump is using everything the central banks have used to prop up the economy, basically using their manipulation against them. The investigations are real, the information is real, the FBI, Senators and Congress are in trouble, more and more information is coming out each day that show corruption. DOJ is now going after sanctuary cities to hand over their records on the illegals. NSA changes its website and removes honest, integrity and transparency from its website. There is a lot of propaganda being pushed out that the US is getting ready to strike North Korea, why? The cabal is pushing their agenda in Syria trying to get a war started. It looks like a major false flag is in the works, either in Syria, North Korea or in the US. The cabal is running out of time and the truth is making its way in to the public.

– Peter Schiff Warns Of “Too Big To Pop” Bubble – “Everybody Is Going To Get Wiped Out!”:

Read morePeter Schiff Warns Of “Too Big To Pop” Bubble – “Everybody Is Going To Get Wiped Out!”

– Peter Schiff Warns Of “Calm Before The Storm”

Of all the absurd Washington pantomimes none has been as reliably entertaining and maddening as the annual debates to raise the debt ceiling. Although the outcome was always a foregone conclusion (the ceiling would be raised), the excitement came when fiscal conservatives bemoaned the perils of runaway debt and “attempted” to exact spending restrictions through threats “to shut down the government,” (which often led to news coverage of tourists being turned away from national parks.) On the other side of the aisle Democrats would rail that the ceiling must be raised “because America always pays her bills.” Lost was the irony that “paying” bills with borrowed money was fiscally responsible, and that raising the ceiling actually enabled America to continue to avoid paying its bills. After these amateur theatrics, the ceiling would be lifted and Washington would go on as if nothing happened. But at least the performance threw occasional light on the nation’s debt problems.

– Peter Schiff Warns: “Nothing Has Changed Under Trump… We’re Headed For A Major Crisis”

– Peter Schiff Warns “Trump Deficits Will Be Yuuge”: What That Means For Gold & The Dollar:

There is much we don’t know about how the Trump presidency will play out. Will the Wall get built? Who will pay for it? Will it have at least some fencing? Will repeal and replace happen at exactly the same time? Will Trump throw a ceremonial switch? Will there be a Trump National Golf Course in Sochi? It’s anyone’s guess.  But of one thing we can be fairly certain. President Trump is very likely to preside over the largest expansion of Federal budget deficits in our history. Trump has built his companies with debt and I’m sure he thinks he can do the same with the country. His annual budget deficits are likely going to be huge. This development will make a greater impact on the investment landscape than most on Wall Street can imagine.

Read morePeter Schiff Warns “Trump Deficits Will Be Yuuge”: What That Means For Gold & The Dollar

“…The Fed only has only one option at this point: Continue to fake it for as long as possible by printing more money or let the whole system come crashing down. BUT… The world has caught on, and the gig is up”

Submitted by Mac Slavo via SHTFPlan.com,

We are headed for disaster, and the only question is how long the economy can dodge a bullet.

The illusory bubble on Wall Street claims to be at record highs, but the reality, the underbelly, is dark indeed.

Economic expert Peter Schiff speaks on not only the safe haven of gold, and what is at stake in the election, but just how dire the financial consequences will be when the great storm hits and batters everyone.

As Before Its News reports:

– Peter Schiff Warns “This Is The Point Where The Fed’s Real Problems Begin”:

Submitted by Peter Schiff via Euro Pacific Capital,
Stop me if you’ve heard this one before: A Fed official walks into a bar and says the economy is improving and rate hikes are appropriate. The patrons order another round to celebrate. Then disappointing data comes out, the high fives stop, and the Fed official ducks out the back…only to come back the next day saying the same thing. Anyone who pays even the smallest attention to the financial media has experienced versions of this joke dozens of times. Yet every time the gag gets underway, we raise our glasses and expect the punch line to be different. But it never is. Last week was just the latest re-telling.

We have ZERO inflation? That is a good one.

I guess that when the collapse will start the elite will (at first) collapse gold and silver prices to turn people away from THE financial safe haven.

– The Economy Is Exponentially Riskier Than 2008, The Crash Will Be Something We Never Seen Before (Video)

– Warning: The US Economy Is Projected To Crash In The Next 2-3 Months: Jeff Nielson (Video)

– There Is No Other Way To Say It, The Economy Will Crash This Year: Bo Polny (Video)

– How The Gold Price Is Manipulated During The ‘London Fix’ 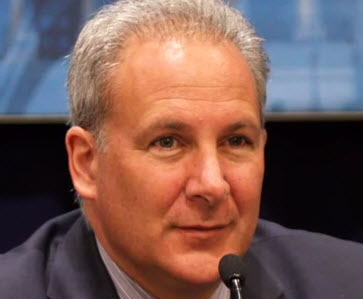 – The Death of a Patriot – Peter Schiff’s Father Dies in Prison, Shackled to a Hospital Bed:

Most of you will be quite familiar with Peter Schiff. Fewer of you will know much about his father, Irwin Schiff, who was posthumously referred to as the “grandfather of the contemporary tax protest movement” in Forbes.

Irwin was treated very poorly by his own country, particularly toward the end of his life when, despite being legally blind and dying of cancer, he was not permitted to die in peace amongst family members.

His son Peter wrote the following as a tribute: