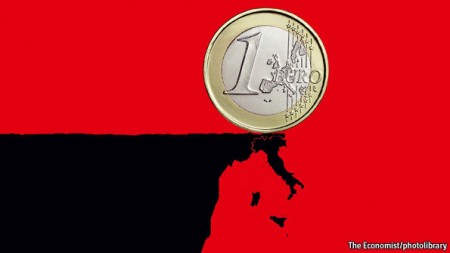 “Needless to say, for Italy’s Prime Minister to be contemplating how to avoid “investor panic” and prevent a “run on deposits“, then Italian banks must truly be on the verge of collapse.”

As we noted today, the rumors of an Italian bank bailout, which started on Monday morning, and were promptly shot down by Merkel the next day, got louder today after a Reuters report that the government is considering more creative ways to inject liquidity into Italy’s banks. However that was just an appetizer to a main course, which came later today when as the WSJ reported citing a spokeswoman for the European Union’s executive arm that the “European Commission has authorized Italy to use government guarantees to create a precautionary liquidity support program for their banks.”

How did this happen so quietly under the table and without Merkel’s blessing? WSJ says that the program was approved under the bloc’s “extraordinary crisis rules for state aid.”

And here we thought that Italy’s banks are actually doing so very well.  Oh wait, no we didn’t. 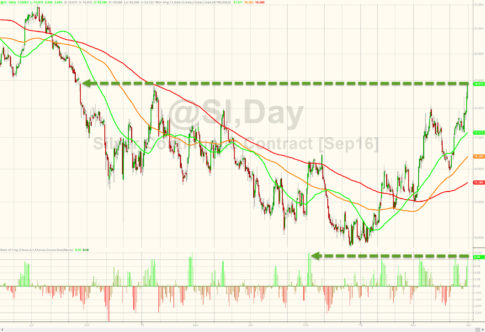 If gold is institutional safe-haven buying then many argue the surge in silver is retail rotation out of fiat.

– This Is How Venezuelan Truckers Avoid Looters:

You know it’s bad in the socialist utopia when… 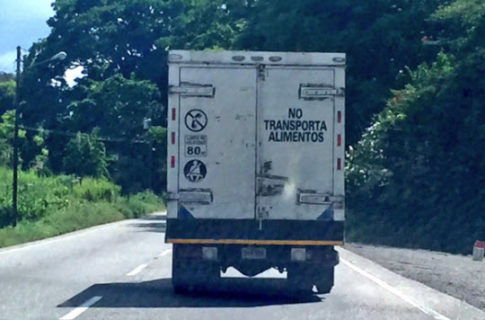 Who can blame them – no one wants the money anymore, it’s worthless – as many food trucks now require armed guards to keep them safe…

Venezuela is convulsing from hunger.

“Lyin'” Jean-Claude Juncker, president of the European Commission, tries to prevent photographers from snapping Nigel Farage, who looks on with justifiable schadenfreude. 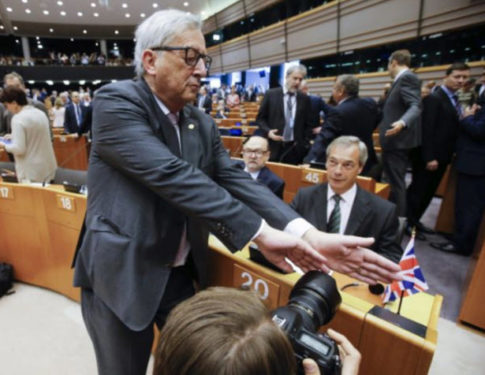 Why is Juncker doing this? Apparently to remind the photographer that Farage is a non-person whose image must not be seen in the newspapers.

With BoE’s Carney hinting at moar easing over the summer, cable is diving (plunging back down to a 1.32 handle) and UK Gilt yields plunged to new record lows at 87bps… 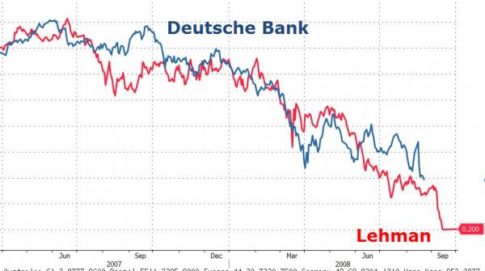 – World’s Most Systemically Dangerous Bank Crashes Back To Record Lows:

Despite all the exuberance over the Brexit bounce in US (and UK) equities, never minds bonds, FX, and credit being far less enthusiastic, Deutsche Bank is plunging once again this morning. Having failed The Fed’s stress test for the second year running and been diagnosed by The IMF as the world’s most systemically dangerous financial entity, the giant Germanbank is getting slammed down almost 4% today, back near record lows as its ‘Lehman-esque’ path to devastation continues.

Another family is mourning the loss of their two-month old baby following routine vaccinations. Cash Dewayne Thomas was having apnea episodes following the vitamin K injection and hepatitis B vaccine given to him at birth. When his mother sought help from numerous doctors, they ignored her concerns and would not put Cash on a breathing monitor.

– Soros: Brexit Has “Unleashed” A Financial Crisis Similar to 2008:

Prior to the Brexit vote, George Soros was one of the notable names who came out to implore the voters to decide to remain in the EU. At that time, Soros took scaremongering to a new level by writing an op-ed titled “The Brexit crash will make all of you poorer – be warned.” Following the referendum, Soros came back to write “the catastrophic scenario that many feared has materialized, making the disintegration of the EU practically irreversible.” 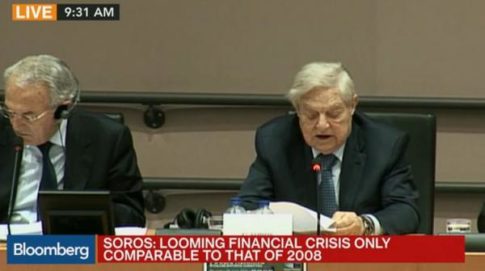 In remarks made to the European Parliament in Brussels on Thursday, Soros made yet another round of dramatic statements. Expanding on comments made over the weekend about the “inevitable disintegration” of the EU, Soros said Britain’s decision to leave the European Union has “unleashed” a crisis in financial markets similar to the global financial crisis of 2007 and 2008.

“This has been unfolding in slow motion, but Brexit will accelerate it. It is likely to reinforce the deflationary trends that were already prevalent,” the billionaire investor said on Thursday.

With the release of the official report on Benghazi by the House Select Committee earlier this week, one of two major concerns for the Clinton campaign has been able to be put to bed. However, one very large concern continues to loom over Clinton, and that is the FBI investigation into whether or not Hillary improperly handled classified material as Secretary of State. 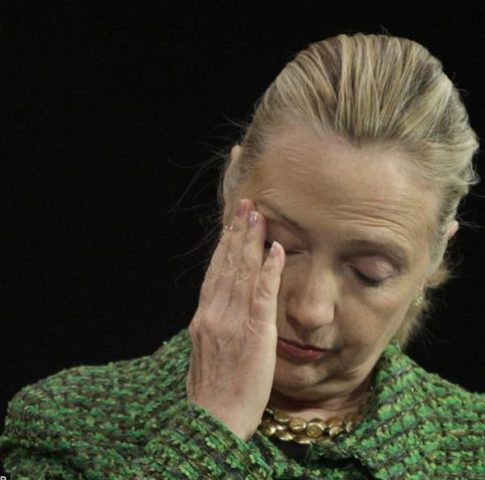