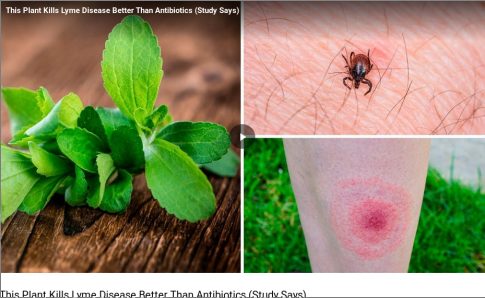 The Hidden Cause of Cancer and Autoimmune Diseases

For nearly a century we had increasingly strong evidence for a common microbial cause of cancer and autoimmune diseases but now we also have visual proof. A newly developed research microscope can show us in great detail what happens in the blood of individuals who develop these diseases. What it shows is that the key for understanding their cause and cure is the rise, or perhaps better the uprising, of an endogenous microbe in the blood.

Based on the work of Louis Pasteur in the late 19th century the scientific community adopted the concept of monomorphism. This means that microbes always maintain their basic shape as virus, bacterium or fungus. The term pleomorphism, on the other hand, as coined by the French chemist and biologist Antoine Béchamp (1816–1908), refers to the ability of microbes to change from one form into another, similar to a caterpillar changing into a butterfly.

Read morePLEOMORPHIC MICROBES: The Hidden Cause of Cancer and Autoimmune Diseases

– How A Bee Sting Saved My Life: Poison As Medicine:

“I moved to California to die.”

Ellie Lobel was 27 when she was bitten by a tick and contracted Lyme disease. And she was not yet 45 when she decided to give up fighting for survival.

Caused by corkscrew-shaped bacteria called Borrelia burgdorferi, which enter the body through the bite of a tick, Lyme disease is diagnosed in around 300,000 people every year in the United States. It kills almost none of these people, and is by and large curable – if caught in time. If doctors correctly identify the cause of the illness early on, antibiotics can wipe out the bacteria quickly before they spread through the heart, joints and nervous system.

Read moreLyme Disease: How A Bee Sting Saved My Life: Poison As Medicine Wild Teasel (Dipsacus sylvestris, Dipsacus fullonum) is one of many important herbs for healing Lyme (and regenerating the immune system in general) and it does help with inflammations (like arthritis). Mainly teasel root tincture is used, but one could also juice some of the (also very bitter!) leaves (just not too many or you won’t be able to drink it!) with carrots, or other veggies. I suggest you grow the herb yourself (if you can), also because the tincture is quite expensive, considering that one might have to take up to 3 tsp per day (1 tsp 3x daily). More photos of the herb are down below.

– The Politics of Lyme Disease:

There’s a renewed push in the U.S. Congress for legislation to strengthen the federal government’s activities on Lyme disease, now endemic in most of the United States.

Whether the drive can withstand pressure from the health insurance industry—which denies the existence of chronic Lyme disease and so avoids paying for it treatment—is an issue. Taking in consideration it is one of the deadliest diseases, scientists constantly try to find a cure and finally put and end to cancer. This herb is one of those cures and it can kill up to 98% of cancer cells in just 16 hours.
Namely, according to the researches published in “Life Science”, artemisinin, a “Sweet wormwood” or “Artemisia Annua” derivative, was used in Chinese medicine and it can kill 98% of lung cancer cells in less than 16 hours. A LAURIETON doctor says he has “absolute proof” two of his patients have a tick-borne disease that health authorities say does not exist in Australia.

He urged medical colleagues to keep an eye out for the infection.

“I’ve taken tissue samples at the bite sites, and sent them off for DNA analysis, and they were positive,” Dr Mayne said.

Debate continues about whether Australian ticks can carry Lyme disease.

“There are perceptions that Lyme disease doesn’t exist here in Australia, and the medical profession have been lulled into thinking that they don’t have to worry about Lyme disease,” Dr Mayne said.

In its later stages, the infection can spread through the bloodstream and affect the brain, heart and joints.

Earlier symptoms can include a rash, fever, headaches, tiredness and joint pain.

Lyme disease made headlines this month after an autopsy showed a Sydney man had the disease when he died.

Dr Mayne said he had a list of about 30 patients – from Newcastle to Coffs Harbour – with the disease.

It was “incredibly difficult” to diagnose, he added.