I believe there is a very strong possibility that President Chavez was assassinated. There were notorious and documented assassination attempts against him throughout his presidency. Most notable was the April 11, 2002 coup d’etat, during which he was kidnapped and set to be assassinated had it not been for the unprecedented uprising of the Venezuelan people and loyal military forces that rescued him and returned him to power within 48 hours. I was able to find irrefutable evidence using the US Freedom of Information Act (FOIA), that the CIA and other US agencies were behind that coup and supported, financially, militarily and politically, those involved. Later on, there were other attempts against Chavez and his government, such as in 2004 when dozens of Colombian paramilitary forces were captured on a farm outside of Caracas that was owned by an anti-Chavez activist, Robert Alonso, just days before they were going to attack the presidential palace and kill Chavez.

– Venezuela Sells Billions In Gold To Repay Its Debt:

Just under a year ago in the aftermath of the “OPEC Thanksgiving Massacre” of 2014 which sent oil crashing when Saudi Arabia effectively ended the oil cartel, we predicted that Venezuela (with its CDS trading at 2300 bps back then) would become the first casualty of the “crude carnage.” Since then not only has Venezuela, which relies on crude oil for 95% of its export revenue, suffered a dramatic episode of hyperinflation (which is only accelerating) coupled with total economic collapse, but its CDS has, as expected, blown out to reflect a default of probability at 96% over the next five years as shown below. 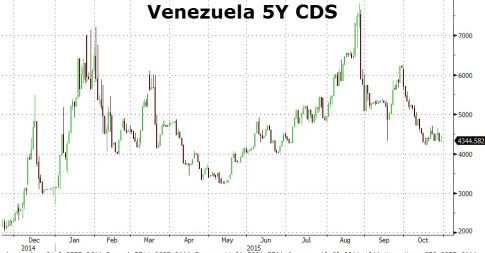 Yet while everyone promptly jumped on the “Venezuela will default bandwagon” it has so far avoided bankruptcy.

How can this country with a massive debt load and a paralyzed economy have avoided default so far?

Read moreVenezuela Sells Billions In Gold To Repay Its Debt

Why somebody like Hugo Chavez, who seemed to know quite a bit about what is really going on in the world, resorted to chemotherapy (= death camp/gulag medicine) is beyond me.

Take a close look at the cancer drug 5-Fluoracil. Here is some historic background:

Well, and here is the ugly truth:

Fluoride makes people docile, infertile and gives them cancer. With about 70% of the public drinking water being fluoridated in the U.S. it is safe to say that TPTB turned the U.S. into one big concentration camp. This is genocide!

Hugo Chavez : Obama ! You are the shame of black people , leave us alone

Hugo Chavez : Obama ! You are the shame of black people , leave us alone

One of the most accidentally revealing media accounts highlighting the real meaning of “democracy” in U.S. discourse is a still-remarkable 2002 New York Times Editorial on the U.S.-backed military coup in Venezuela, which temporarily removed that country’s democratically elected (and very popular) president, Hugo Chávez. Rather than describe that coup as what it was by definition – a direct attack on democracy by a foreign power and domestic military which disliked the popularly elected president – the Times, in the most Orwellian fashion imaginable, literally celebrated the coup as a victory for democracy:

With yesterday’s resignation of President Hugo Chávez, Venezuelan democracy is no longer threatened by a would-be dictator. Mr. Chávez, a ruinous demagogue, stepped down after the military intervened and handed power to a respected business leader, Pedro Carmona.

Thankfully, said the NYT, democracy in Venezuela was no longer in danger . . . because the democratically-elected leader was forcibly removed by the military and replaced by an unelected, pro-U.S. “business leader.” The Champions of Democracy at the NYT then demanded a ruler more to their liking: “Venezuela urgently needs a leader with a strong democratic mandate to clean up the mess, encourage entrepreneurial freedom and slim down and professionalize the bureaucracy.” 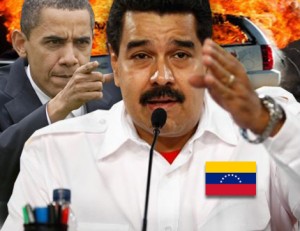 Continuing unrest in Venezuela can be traced to an ongoing plot by the Obama administration to topple the country’s democratically elected government and replace it with a regime run by rich families and corporations allied with Washington.

Here’s what happens to foreign leaders who could not be bought with $200 million:

During 2013, Venezuela experienced one of the most difficult times in its history with the death of President Hugo Chavez on March 5. Chavez, a major leader whose policies transformed the country, was the victim of an aggressive cancer that killed him in less than two years. The charismatic Venezuelan president faced large and powerful enemies during his 14 years in power ever democratically elected majorities and strong. Coups, economic sabotage, electoral interventions, psychological warfare, U.S. billionaire from his opponents and attempts on his life funding agencies were some of the tactics and strategies of destabilization that Chavez had to fight during his tenure.

He headed the lists of the Central Intelligence Agency (CIA) and the Pentagon as the main target of their attacks, and the United States significantly expanded its military presence open and clandestine-around Venezuela during his administration. So his sudden and unexpected death caused much suspicion among his followers and those scholars of his socio-political vision. Chavez defied the most powerful interests in the world, and in turn, controlled the largest oil reserves on the planet. Could it have been a political assassination Chavez’s death? 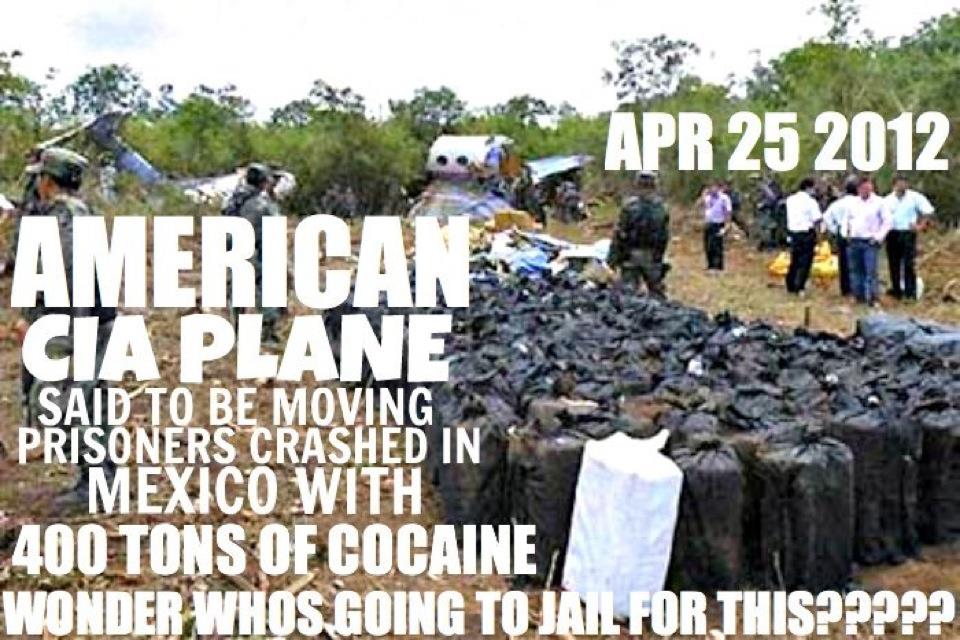 An American-registered drug plane has been plying the airspace over Central and South America carrying cargoes of cocaine for a good long while (authorities admit they’ve been “investigating” it since 2011) without apparent incident, until recently, when a newspaper in Costa Rica reported that the President of Costa Rica had been seen using it to fly to Hugo Chavez’s funeral, as well as the recent wedding of the son of Peru’s Vice-President in Lima.This was one of at least three seismic events recently which have shaken the drug trafficking industry. Most readers have probably only heard of one: the raid by Marines from the Mexican Navy last week near the US border in Nuevo Laredo that captured Los Zetas cartel kingpin Miguel Angel Trevino.