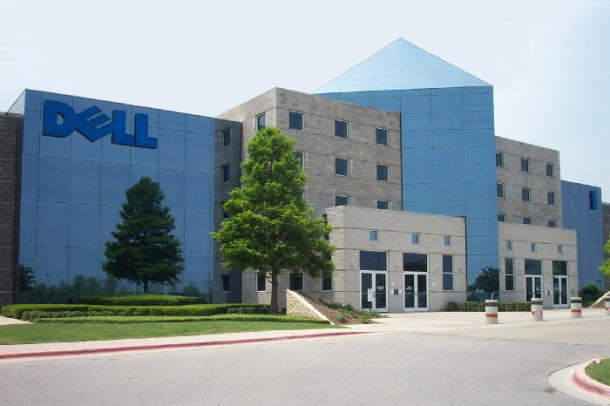 Spokesman still won’t give us a number

Dell has denied it is laying off north of 15,000 people, and told The Register today that our sources’ numbers are “inaccurate”.

Here is Dell Round Rock spokesman David Frink’s email to us in full:

Your story this morning reporting that Dell is laying off 15,000 employees this week/imminently is wildly inaccurate. I can confirm that a very small percentage of Dell’s global team members accepted the company’s recent offer of a significant severance package associated with a voluntary separation program.Meanwhile, we’re hiring in strategic areas of our business, including hardware and software development, engineering and customer coverage worldwide.

It is accurate that we’ve taken steps to optimize our business, streamline operations and improve its efficiency over the past few years. And, as any prudent business, we’ll continue to review our operations in an effort to remain competitive and best serve customers. Thanks.

Frink’s statement contradicts information from several sources close to and inside Dell. A very small percentage of Dell’s global workforce could be 10 per cent or less. Even a 5 per cent cut would mean over 5,000 people heading for the exit door.

We can understand Dell’s reluctance to provide an actual number but some of its employees have been given percentages and numbers and contacted us, indicating a high degree of concern and thirst for concrete information inside the company.

Curious why Michael Dell was so eager to take the company he founded private? So he could do stuff like this without attracting too much attention. According to the Channel Register, the recently LBOed company is “starting the expected huge layoff program this week, claiming numbers will be north of 15,000.” Of course, with a private sponsor in charge of the recently public company, the only thing that matters now is maximizing cash flows in an environment of falling PC sales, a commoditisation of the server market and a perceived need to better serve enterprises with their ever-increasing mobile and cloud-focused IT requirements – things that do not bode well for Dell’s EBITDA – and the result is perhaps the largest axing round in the company’s history. But at least the shareholders cashed out while they could.

More on the upcoming layoffs:

– Find Out If Your Apple Device Was Among The 12 Million Units Hacked And Tracked By The FBI (ZeroHedge, Sep 4, 2012)

Chances are, if you’ve ever sent a package overnight, bought a PC or a can of soda, you’ve paid your hard-earned money to a major Pentagon contractor. While large defense corporations that make fighter jets and armored vehicles garner the most attention, tens of thousands of “civilian” companies, from multi-national corporations hawking toothpaste and shampoo to big oil behemoths and even local restaurants scattered across the United States, all supply the Pentagon with the necessities used to carry on day-to-day operations and wage America’s wars. And they’ve made a killing doing it since 9/11.

In 2001, the massive arms dealers Lockheed Martin, Boeing and Northrop Grumman ranked one, two and five among Department of Defense contractors, raking in $14.7 billion, $13.3 billion and $5.2 billion, respectively, in contracts. Last year, Lockheed’s contract dollars were almost double their pre-9/11 level, clocking in at $28 billion, while Boeing’s had jumped to almost $19 billion and Northrop Grumman, still in the five spot, had more than doubled its 2001 take, with $12.8 billion in contracts.