– SHOCKING – 44k Dead and 4.2Million injured due to Covid-19 Vaccination across Europe

– You Need to Be Thinking NOW About Bartering

India has seen 2 months of extreme heat and this week it will only get hotter https://t.co/fA2FHFiaMa #grandsolar

– GOP congresswoman denounces transgenderism as ‘nothing but rebellion against God’:

– Rand Paul: Fauci “Is A Man That Is Against Everything That America Stands For”

– “What I’ve Seen In The Last 2 Years Is Unprecedented”: Physician On COVID Vaccine Side-Effects On Pregnant Women:

Dr. James Thorp is an extensively published 68-year-old physician MD board-certified in obstetrics and gynecology, as well as maternal-fetal medicine, who has practiced obstetrics for over 42 years.

Thorp told The Epoch Times that he sees 6,000–7,000 high-risk pregnant patients a year and has seen many complications among them due to the COVID vaccines.

“I’ve seen many, many, many complications in pregnant women, in moms and in fetuses, in children, offspring,” Thorp said, “fetal death, miscarriage, death of the fetus inside the mom.

“What I’ve seen in the last two years is unprecedented,” Thorp asserted.

Thorp explained that although he has seen an increase in fetal death and adverse pregnancy outcomes associated with the COVID-19 vaccination, attempts to quantify this effect are hampered by the imposition of gag orders on physicians and nurses that were imposed in September 2021, as reviewed in the publication “Patient Betrayal: The Corruption of Healthcare, Informed Consent and the Physician-Patient Relationship” (pdf).

– Too Stupid to Remain FREE:

I have been thinking this for decades and discussing it in private with fellow freedom fighters for years, but we have finally reached that moment in history when I just have to publicly call it as I see it.

THIS POST CONTAINS SATIRICAL MATERIAL THAT MAY BE DISTURBING OR TRAUMATIZING TO CERTAIN AUDIENCES OF HYPERSENSITIVE WOKE HALFWITS, VIRTUE SIGNALING SNOW FLAKES WITH CO.RECTALIST TENDENCIES AND GOVERNMENT TRUTH CZARS.

..wasn’t just stocks that were clubbed like a baby seal in April, Bonds were a bloodbath 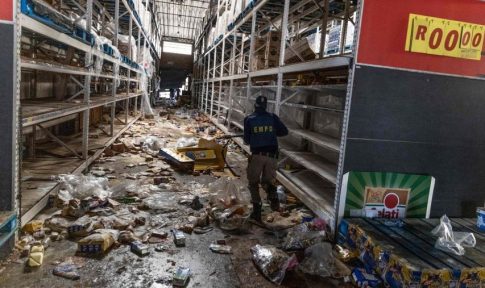 – Food Shortages In Six Months – The Globalists Are Telling Us What Happens Next:

In mid 2007 the Bank for International Settlements (The central bank of central banks) released a statement predicting an impending “Great Depression” caused by a credit market implosion. That same year the International Monetary Fund also published warnings of “subprime woes” leading to wider economic strife. I started writing alternative economic analysis only a year earlier in 2006 and I immediately thought it was strange that these massive globalist institutions with far reaching influence on the financial world were suddenly starting to sound a lot like those of us in the liberty movement.

This was 16 years ago, so many people reading this might not even remember, but in 2007 the alternative media had already been warning about an impending deflationary crash in US markets and housing for some time. And, not surprisingly, the mainstream media was always there to deny all of our concerns as “doom mongering” and “conspiracy theory.” Less than a year later the first companies awash in derivatives began to announce they were on the verge of bankruptcy and everything tanked.

The media response? They made two very bizarre claims simultaneously: “No one could have seen it coming” and “We saw this coming a mile away.” Mainstream journalists scrambled to position themselves as the soothsayers of the day as if they said all along that the crash was imminent, yet, there were only a handful of people who actually did call it and none of them were in the MSM. Also ignored was the fact that the BIS and IMF had published their own “predictions” well before the crash; the media pretended as if they did not exist.

In the alternative media we watch the statements and open admissions of the globalists VERY carefully because they are not in the business of threat analysis; rather, they are in the business of threat synthesis. That is to say, if something goes very wrong in the world economically, central bankers and money elites with aspirations of a single centralized economic authority for the world are ALWAYS found to have a hand in that disaster.

For some reason, they like to tell us what they are about to do before they do it.

Read moreBrandon Smith: Food Shortages In Six Months – The Globalists Are Telling Us What Happens Next