Moments ago the Venezuelan Electoral Council (one wonders if the term ‘Hanging Chad’ has a different meaning down there?), announced that with 90% of the votes counted, and an 80.4% turnout, the winner of 54.4% of the vote, and still reigning presidential champion, is Venezuela’s Hugo Chaved. This is not surprising. What is quite stunning however, is that someone made an absolute killing in the Chavez reelection contract, which after trading in the 80s range (indicating an 80% probability of reelection), dipped moments ago to the low 20s, following speculation Chavez may be on the way out, only to soar to 99.9 as of the last trade. In other words, someone just made 5x their money on the Chavez vote in minutes, money which has most likely been well spent on Cuban Cohibas by now. Congrats. 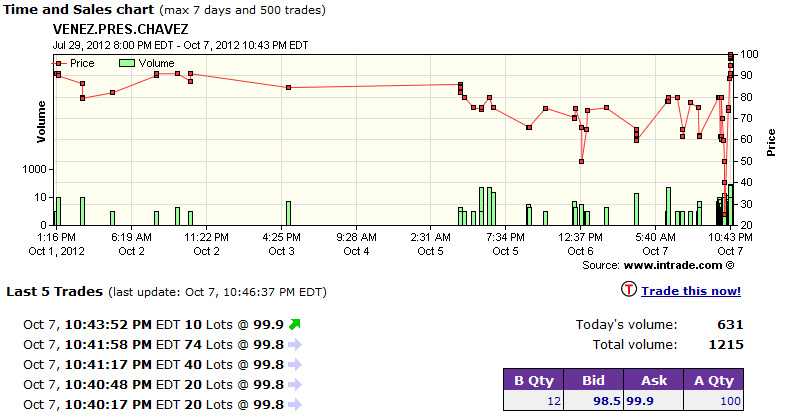