– Sherman murders: Billionaire predicted his own murder in 2001 book:

A BILLIONAIRE killed with his wife in a bizarre ritual staged to look like murder-suicide once predicted someone would pay a hitman to “knock him off”.

AS POLICE try to figure out who killed Canadian billionaires Barry and Honey Sherman and made it look like murder-suicide, it has emerged the slain drug company boss predicted his own assassination.

Mr Sherman, 75, founder of generic drug manufacturer Apotex, and his 70-year-old wife were found dead next to an indoor pool in the basement of their lavish Toronto mansion on December 15.

Read moreSherman murders: Billionaire predicted his own murder in 2001 book

A new United Nations-mandated report has found it “plausible” an external attack or threat led to the notorious fatal plane crash that killed former UN Secretary-General Dag Hammarskjold in September 1961.

UN Secretary General Antonio Guterres tasked Tanzanian chief justice Mohamed Chande Othman to investigate the overnight crash into a forest on the approach to the Ndola airfield, in what was then northern Rhodesia, now known as Zambia.

Since the October 1 Las Vegas shooting, which claimed 58 innocent lives and injured over 500 music lovers, five witnesses to and survivors of the gruesome attack have been killed — three in car ‘accidents’, one was fatally shot, and one died suddenly after giving statement exposing multiple shooters.

The most recent Las Vegas shooting survivor to die mysteriously is 52-year-old Roy McClellan: he was killed in a hit and run on November 17 while hitchhiking on State Route 160 in Pahrump, about 50 miles west of Las Vegas. Eyewitnesses say a speeding Chevrolet Camaro hit Roy down before speeding off the scene. The driver of the car is still on the loose.

The Apple Valley resident made a public statement describing the Las Vegas attack and how they were carried out by multiple shooters firing weapons into the crowd. Her statement confirmed what many had already suspected: the “official” narrative that Stephen Paddock was a “lone wolf” shooter was false.

She died a “natural death” five days after her Facebook posts giving a detailed account of her horrific experience quickly went viral. One of her posts reads: 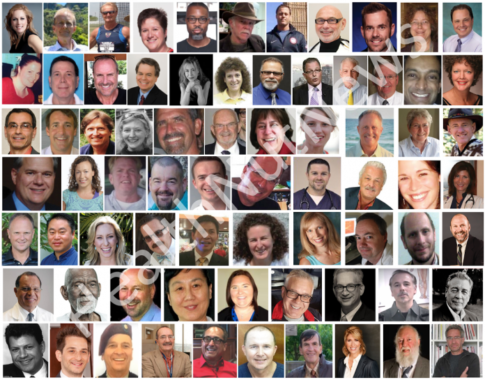 – 77 holistic practitioners now dead since 2015: This is beyond strange, they are dropping like flies and MSM ignores them:

Since June of 2015, 77 holistic practitioners, more with other deaths associated with them, have died, official causes ranging from suicide to heart attacks, with the latest woman, doctor Annie Fairbanks, found murdered in her home, along with her husband, their 3-year-old daughter and 9-month-old son, in Arizona.

Officials claim the husband killed his wife, two small children and then turned the gun on himself, but friends and loved ones have contacted Erin Elizabeth over at Health Nut News, who has been documenting the deaths of so many in the world of holistic medicine since 2015, to express doubts of the official claim of murder-suicide within hours of the discovery of the bodies.

Read more77 holistic practitioners now dead since 2015: This is beyond strange, they are dropping like flies and MSM ignores them

– The One Paragraph You Need To Read From The JFK Assassination Files That May Change Everything:

TruePundit.com warns that one haunting paragraph unearthed from 3,000 never-before-seen documents will shake Patriots to their core about the assassination of President John F. Kennedy.

This is not pretty.

But it is likely President Donald Trump understands what Kennedy comprehended, which now appears to have led to his murder: