– Donna Brazile Says She “Feared For Her Life” After Seth Rich Was Killed:

Perhaps the most shocking revelation contained in the excerpts from former DNC Chairwoman Donna Brazile’s book was, unsurprisingly, buried in a Washington Post overview of the various allegations (and frankly, we’re surprised the Post, given its status as a protector of the Washington establishment, deigned to publish it).

In the aftermath of Wikileaks’ decision to publish a cache of emails stolen from the DNC’s servers, Donna Brazile says she became increasingly paranoid about both possible Russian efforts to sway the election. Surprisingly, she says top Democrats initially instructed her not to discuss her concerns with others.

But even more than the Russians, Brazile says she feared possible retribution from shadowy elements within the campaign and the Democratic Party who might blame her for the leak. Her fears only intensified, she says, after the mysterious shooting of former campaign staffer Seth Rich, who the authorities said was killed during a robbery, though many so-called conspiracy theorists have speculated about a possible Democratic plot to kill Rich for his role in leaking the stash of DNC emails to Wikileaks. Brazile’s anxiety eventually spiraled out of control, to the point where she feared for her own life while serving as interim chairwoman of the DNC. 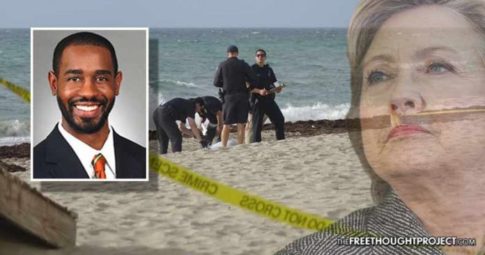 – Seymour Hersh: “RussiaGate Is A CIA-Planted Lie, Revenge Against Trump”:

Submitted by Investigative historian Eric Zuesse is the author, most recently, of  They’re Not Even Close: The Democratic vs. Republican Economic Records, 1910-2010, and of  CHRIST’S VENTRILOQUISTS: The Event that Created Christianity.

During the latter portion of a phone-call by investigative journalist, Seymour Hersh, Hersh has now presented “a narrative [from his investigation] of how that whole fucking thing began,” including who actually is behind the ‘RussiaGate’ lies, and why they are spreading these lies. 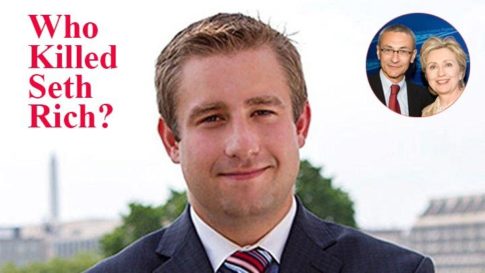 – VIDEO: Before his Murder Seth Rich Questioned the Election Commission about Ballot Integrity

With the former Speaker of the House, Newt Gingrich asking questions about the bizarre killing of a Democratic National Committee (DNC) staffer in 2016, the murder mystery surrounding Seth Rich has taken an interesting turn. A White House Petition has been started demanding President Trump appoint a special prosecutor to find his killer.

It is important to note that those of us asking for an investigation into the death of Seth Rich, are not some tinfoil nutjobs as the mainstream media attempts to claim. Since when is wanting justice for a murder ‘conspiracy theory’? No one at the Free Thought Project has ever attempted to claim to know who killed Seth Rich, we simply want an investigation. And, since this petition has gone viral — it appears that a lot of other Americans want the same thing.

A couple of days ago, WND ran a story entitled “Bombshell: Donna Brazile Warned Off Private Eye On Seth Rich Murder.”  The story was sourced back to on-the-record quotes provided by Detective Rod Wheeler who was hired by the Rich family shortly after their son’s suspicious murder in July 2016.  Among other things, Wheeler said that it was former Democratic National Committee interim chairwoman Donna Brazile who allegedly called police and the Rich family and demanded to know why a private investigator was “snooping” into Rich’s death.

“The high-ranking DNC official that called the police after I inquired about Rich’s case was Donna Brazile,” veteran homicide detective Rod Wheeler told WND. “Why shouldn’t I reveal who it was?”

To promote the story, WND sent the following tweet:

“I know that Seth Rich was involved in the DNC leak.  If my evidence is required to be given in the United States I would be prepared to do so if appropriate arrangements are made. I would need a guarantee from Special Counsel Mueller, on behalf of the United States, of safe passage from New Zealand to the United States and back.“…

Last week, Fox News dropped a bombshell report officially confirming, via anonymous FBI sources, what many had suspected for quite some time, that murdered DNC staffer Seth Rich was the WikiLeaks source for leaks which proved that the DNC was intentionally undermining the campaign of Bernie Sanders. In addition to exposing the corruption of the DNC, the leaks cost Debbie Wasserman Shcultz her job as Chairwoman.

Of course, if it’s true that WikiLeaks’ emails came from a DNC insider it would end the “Russian hacking” narrative that has been perpetuated by Democrats and the mainstream media for the past several months.  Moreover, it would corroborate the one confirmation that Julian Assange has offered regarding his source, namely that it was “not a state actor.”

Meanwhile, the plot thickened a little more over the weekend when Kim Dotcom confirmed via Twitter that he was working with Seth Rich to get leaked emails to WikiLeaks.

Earlier this week, Fox News dropped a bombshell report officially confirming, via anonymous FBI sources, what many had suspected for quite some time, that murdered DNC staffer Seth Rich was the WikiLeaks source for leaks which proved that the DNC was intentially undermining the campaign of Bernie Sanders. In addition to exposing the utter corruption of the DNC, the leaks cost Debbie Wasserman Shcultz her job as Chairwoman.

At the time, we mockingly wondered why the mainstream media seemingly overlooked a huge new development in a highly suspicious unsolved murder case.

Finally, we find it ‘shocking’ that while the New York Times, Washington Post, CNN, etc are all too eager to regurgitate each others anonymously sourced stories that are critical of Trump, not a single one of them had a single reference of this Fox News bombshell on their website at the time this article was published.

Turns out we weren’t alone, as the Russian Embassy in the U.K. just sent out the following tweet:

For the past several months, Democrats have based their “Resist 45” movement on unsubstantiated assertions that the Trump campaign coordinated with Russian intelligence officials to undermine the 2016 Presidential Election thereby ‘stealing’ the White House from Hillary Clinton.  Day after day we’ve all suffered through one anonymously sourced, “shock” story after another from the New York Times and/or The Washington Post with new allegations of the ‘wrongdoing’.

But, new evidence surfacing in the Seth Rich murder investigation may just quash the “Russian hacking” conspiracy theory.  According to a new report from Fox News, it was former DNC staffer Seth Rich who supplied 44,000 DNC emails to WikiLeaks and not some random Russian cyber terrorist, as we’ve all been led to believe.

According to Fox News, though admittedly via yet another anonymous FBI source, Rich made contact with WikiLeaks through Gavin MacFadyen, an American investigative reporter and director of WikiLeaks who was living in London at the time.  According to Fox News sources, federal law enforcement investigators found 44,053 emails and 17,761 attachments sent between DNC leaders from January 2015 to May 2016 that Rich shared with WikiLeaks before he was gunned down on July 10, 2016.