HUNDREDS of “nightmare bacteria” have been discovered in the US after an unprecedented nationwide hunt — and doctors say there is likely more.

“NIGHTMARE bacteria” with unusual resistance to antibiotics of last resort were found more than 200 times in the United States last year in a first-of-a-kind hunt to see how much of a threat these rare cases are becoming, health officials say.

That’s more than they had expected to find, and the true number is probably higher because the effort involved only certain labs in each state, officials say.

A Harvard-trained CDC official has been missing since February 12 after leaving work midway through the day due to an illness, prompting his friends and family to sound the alarm and issue a $10,000 reward for information leading to an arrest and indictment in the event of malfeasance.

Terrell Cunningham, 60, said his son’s supervisor told him that Commander Cunningham had reported for work but that he had left midday because he wasn’t feeling well. –NYT

The family of Timothy J. Cunningham, 35, grew concerned after the Harvard-trained epidemiologist and US Navy officer wouldn’t answer texts or calls. Driving over 600 miles from Maryland to Atlanta, Cunningham’s parents gained access to his house where they found their son’s phone, wallet and driver’s license.

A Centers for Disease Control and Prevention employee was last seen 11 days ago, when he left work early after complaining that he felt unwell, Atlanta police said Friday.

Timothy Cunningham, 35, works as a commander in the U.S. Public Health Service and has responded to the Ebola virus and the Zika virus outbreaks, the CDC said. He holds two degrees from Harvard.

Police are now conducting a search for Cunningham and have enlisted the help of his family, friends and the alumni network of his alma mater Morehouse College.

In 2016, evidence emerged showing Barbara Bowman, Ph.D., then-director of the Centers for Disease Control and Prevention’s (CDC) Division for Heart Disease and Stroke Prevention, assisted a Coca-Cola representative in efforts to influence World Health Organization officials to relax recommendations on sugar limits.1 Just two days after her betrayal of the public trust was exposed, Bowman vacated her post.2

Dr. Brenda Fitzgerald took her place, but it didn’t take long before we learned the newly instated CDC director also had a long history of collaborating with Coca-Cola. 3,4 During her six-year stint as commissioner of Georgia’s department of public health, Fitzgerald received $1 million5 in funding from the company to combat childhood obesity. 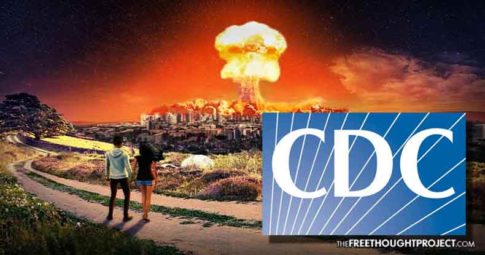 – CDC Says Americans Are Fatter Than Ever Before; 40% Of Adults Now Considered Obese

“Hypocrisy on a Grand Scale.”