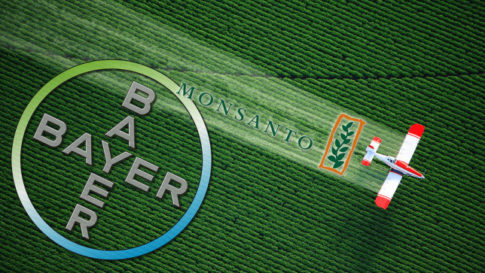 The European Commission has approved under the EU Merger Regulation the acquisition of Monsanto by Bayer. The merger is conditional on the divestiture of an extensive remedy package, which addresses the parties’ overlaps in seeds, pesticides and digital agriculture.

Commissioner Margrethe Vestager, in charge of competition policy, said: “We have approved Bayer’s plans to take over Monsanto because the parties’ remedies, worth well over €6 billion, meet our competition concerns in full. Our decision ensures that there will be effective competition and innovation in seeds, pesticides and digital agriculture markets also after this merger.

The European Union approved Bayer’s takeover of Monsanto, a major hurdle in the $66 billion merger that would create the world’s largest integrated seed and pesticide conglomerate.

The European Commission said the German chemical-maker’s takeover of the St. Louis-based agribusiness giant is “conditional on an extensive remedy package, which addresses the parties’ overlaps in seeds, pesticides and digital agriculture.”

European Competition Commissioner Margrethe Vestager said in a statement: “We have approved Bayer’s plans to take over Monsanto because the parties’ remedies, worth well over €6 billion, meet our competition concerns in full. Our decision ensures that there will be effective competition and innovation in seeds, pesticides and digital agriculture markets also after this merger.”

Ever wonder who actually makes the BPA that lines plastic water bottles, and virtually every other consumable product packaging in the United States?

While the list is undoubtedly longer, we know of at least three major companies that produce and sell the gender-bending chemical known as bisphenol-A.

In July 2016 the President of the Russian Federation Vladimir Putin signed a law to ban the cultivation and breeding of genetically modified plants and animals (GMO), except in cases where they will be used in testing and scientific research. In fact, this law makes Russia the world’s largest GMO-free territory and offers a great platform for the development of organic agriculture.

This decision made by the Russian government was also influenced by environmental organizations, farmers and other representatives of Russian society, concerned by the absence of reliable scientific studies on the long-term (‘long-term’ comes here with an emphasis) risks of GMO food to human health and the environment. The Kremlin has also apparently taken into consideration the interests of national food security, as the world market of genetically modified (GM) seeds is monopolized by transnational, mostly American, German and Swiss based companies.

– Bayer’s acquisition of Monsanto to create agricultural monster with near-monopoly control over the world’s food supply:

After months of haggling, the Bayer-Monsanto consolidation will finally be coming to fruition. Yes, our worst fears are coming true: Monsanto will become an even larger, more powerful force in the world. Germany’s Bayer cinched the deal by increasing their offer by another billion dollars. With an offer of $66 billion, and a commitment to take over the company’s current debts, Monsanto will soon be a part of the most frightening pharmaceutical-agricultural conglomerate in the world.

CNN Money has declared that the Bayer-Monsanto merger is “the year’s biggest takeover,” though it is surely far from something worth celebrating. Many feel that Bayer is the real winner here; the company is strongest in Europe and Asia, and will reap the benefits of Monsanto’s hefty presence in North America. Bayer will also get all of Monsanto’s experience in agrichemicals and GMO seeds. There is still a chance that this deal will not go through. If, by some miracle, Bayer is unable to acquire Monsanto, farmers and consumers across the world will breathe a sigh of relief.

In a transaction that will allow Bayer to command more than a quarter of the combined world market for seeds and pesticides, not to mention is set to be the biggest M&A deal for 2016, Reuters reported that Bayer has won over Monsanto’s management with a $128 per-share cash offer to acquire the global seed market leader, in a deal worth $66 billion.

Bayer has signed a deal that includes a fee of $2 billion should the transaction fail to get regulatory clearance as planned, the Reuters source said. The deal is expected to close by the end of 2017, the source told Reuters on Wednesday.

“75% of the population in some countries have been infected with Zika, with NO BIRTH DEFECTS resulting” 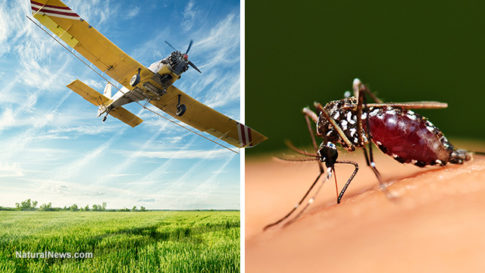 – Staged Zika pandemic was engineered by globalist governments to justify the aerial bombardment of awakening populations with toxic chemicals:

In case you didn’t already know, everything is rigged these days, meaning it’s contrived, fabricated or distorted to fit an official narrative that feeds a nefarious agenda. The Zika virus hysteria is no different: it was all engineered from the start for a specific purpose, and this article explains exactly what’s really behind the Zika pandemic and why it’s being pushed so aggressively by globalist governments nearing collapse.

First, a little background that you won’t get from any mainstream news source. The Zika virus has been around for more than 70 years, and it was originally harvested, isolated and turned into a research product by none other than the Rockefeller Foundation, the same globalist cabal of medical criminals who sought to destroy alternative medicine and grant western chemical medicine a monopoly over society. 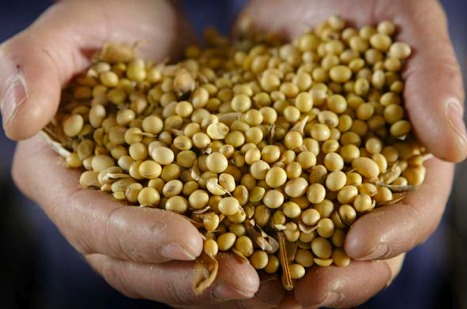