Propolis is also anti-cancer (!!!), anti-parasite in general and does help to stop neurofibromatosis. 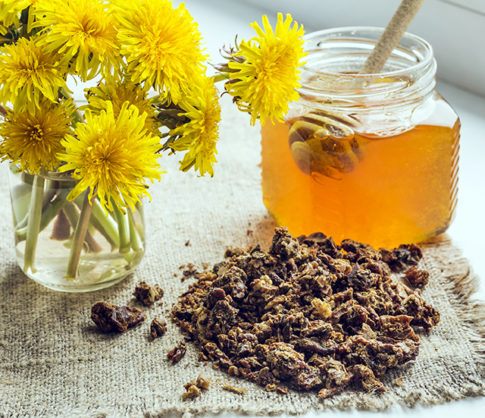 – Bee propolis: One of nature’s most effective antibiotics:

Though not as well-known as honey or pollen, bee propolis is a bee-derived product that has its own plethora of health benefits. Various cultures have recognized the amazing medicinal properties of this resinous combination of saliva, beeswax, and sap. From being used as an abscess treatment by the Greeks to the Assyrians applying it onto wounds to fight infections, bee propolis is a truly miraculous substance that you should take notice of. Why? Well, that’s because bee propolis is a potent natural antibiotic.

There are well over a hundred beneficial compounds present in bee propolis. This diversity and abundance of compounds has contributed to bee propolis having notable antimicrobial, antioxidant, antibacterial, and anti-fungal properties.

Read moreBee propolis: One of nature’s most effective antibiotics

– The Surprising Culprit To Bee Decline That Could Rival Pesticides 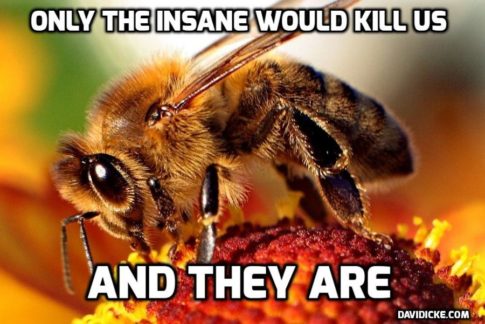 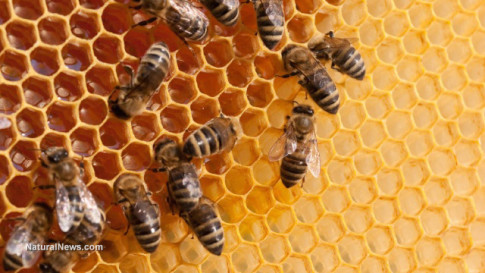 – Death and Extinction of the Bees:

This article was originally published in March 2014

Scientists have recently reported that mass extinctions of marine animals may soon be occurring at alarmingly rapid rates than previously projected due to pollution, rising water temperatures and loss of habitat. Many land species also face a similar fate for the same reasons. But perhaps the biggest foreboding danger of all facing humans is the loss of the global honeybee population. The consequence of a dying bee population impacts man at the highest levels on our food chain, posing an enormously grave threat to human survival. Since no other single animal species plays a more significant role in producing the fruits and vegetables that we humans commonly take for granted yet require near daily to stay alive, the greatest modern scientist Albert Einstein once prophetically remarked, “Mankind will not survive the honeybees’ disappearance for more than five years.”

Since 2006 beekeepers have been noticing their honeybee populations have been dying off at increasingly rapid rates. Subsequently researchers have been scrambling to come up with an accurate explanation and an effective strategy to save the bees and in turn save us homo sapiens from extinction. Recent harsh winters that stay freezing cold well into spring have been instrumental in decimating the honeybee population in Iowa by up to 70% as well as the other historically high yielding honey states – the Dakotas, Montana, Minnesota. The northern Plains and Midwestern states that have regionally always produced the nation’s most honey have been severely hurt by the long harsh winters in the last couple years. Florida as the third largest honey producer and especially California always among the top producers have been hit especially hard by decreasing bee colony populations. In 2006 when the problem of bee loss first was noticed, California was right up at the top with North Dakota producing nearly twice as much honey as the next state South Dakota but its bee numbers have incurred such heavy losses that in 2011, though still second, California’s honey production fell by nearly half in just six years. The recent severe drought in California has become an additional factor driving both its honey yield and bee numbers down as less rain means less flowers available to pollinate.

Read moreDeath and Extinction of the Bees

The Many Ways Bee Propolis Can Fight Many Cancers

Bee propolis and its marked anti-cancer effects, let alone vast array of other incredible health benefits, is the latest example I’ve found of a product of God’s creation providing scientifically backed astounding results that you’ve probably never heard about mainly because it wouldn’t serve the medical industrial complex if you had. Indeed, at the time of this writing, PubMed has a whopping 2,227 studies on propolis itself and 299 studies on propolis and cancer. The smaller DOAJ has 598 and 36, respectively. And just to spell out what this high number of studies performed means, the stuff works. If there had been nine studies performed showing propolis had little to no effect on the ailment being studied, the tenth guy would have moved onto something with better promise. But that’s clearly not the case here. Scientists keep on getting positive results, thousands of them now, so they keep on performing studies from different angles. At the end, they’ll usually mention something along the lines of “these results are so good, work is underway to try and synthesize this substance to turn it into a drug.” If they eventually come out with a sorry excuse for the real thing, THEN you’ll hear about it all over TV… You just won’t hear the word propolis itself used.

Wait, What is Bee Propolis Again?

– A third of the nation’s honeybee colonies died last year. Why you should care:

America’s beekeepers watched as a third of the country’s honeybee colonies were lost over the last year, part of a decade-long die-off experts said may threaten our food supply.

Read moreA THIRD of the nation’s honeybee colonies died LAST YEAR. Why you should care 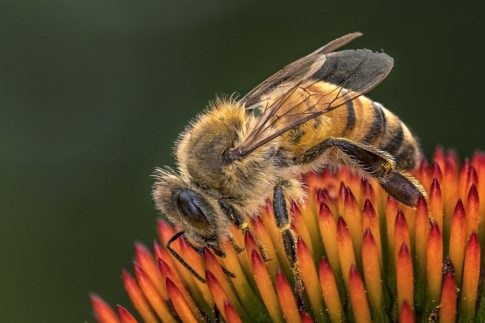 – Antibiotics the Latest Threat to Our Bees 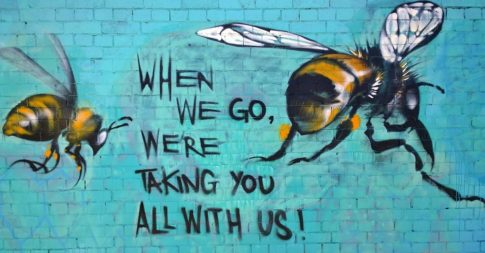 “The callous wanton destruction of so many sectors of our environment and its biosphere by irresponsible and perhaps deliberate corporate interference for monetary gain over planned sustainability must, after the planned perpetual Rothschild War, be the single most important matter for those who are left, to tackle.”