– Wildflowers Are the Best Pesticide:

Crop land does not exist in a bubble, which means some of the pesticides sprayed onto the land end up contaminating neighboring fields, soil, water and air. Even in the case of systemic pesticides, which are taken up into the plant as a whole via pesticide-treated seeds, about 95 percent of the substances ends up not in the plant cells where it was intended but blown off as dust or permeating the soil and water.4

Then there’s the fact that nature eventually finds a way to outsmart the pesticides, such that we’ve seen the emergence of pesticide-resistant superweeds and super insects. The pesticide industry’s response, rather than admitting defeat, is to encourage the use of more pesticides and more genetically engineered (GE) crops to go with them, but it’s a vicious cycle.

Read moreWildflowers Are the Best Pesticide 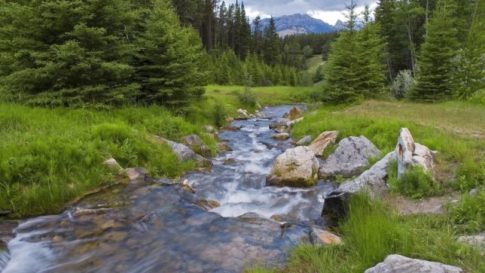 A new analysis published this month by U.S. Geological Survey scientists found pesticides at high enough concentrations to harm already imperiled aquatic invertebrates in more than half of 100 streams studied in the Midwest and Great Plains. The pesticide levels threaten species like the Hine’s emerald dragonfly and the sheepnose mussel.

The USGS study, published in the journal Science of the Total Environment, found an average of 54 pesticides in each stream in both agricultural and urban areas, spotlighting the ever-broadening contamination of waterways caused by the nation’s escalating use of pesticides.

Dow Chemical is pushing a Trump administration open to scrapping regulations to ignore the findings of federal scientists who point to a family of widely used pesticides as harmful to about 1,800 critically threatened or endangered species.

Lawyers representing Dow, whose CEO is a close adviser to Trump, and two other manufacturers of organophosphates sent letters last week to the heads of three of Trump’s Cabinet agencies. The companies asked them “to set aside” the results of government studies the companies contend are fundamentally flawed.