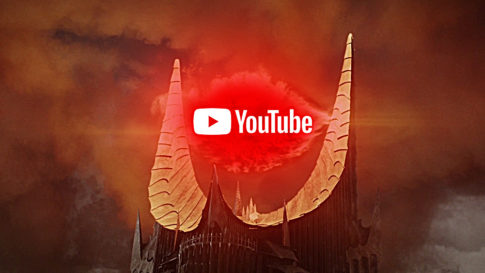 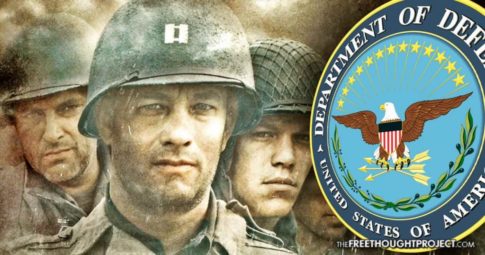 And who supports the alternative media?

On Monday, the US State Department announced that it had obtained $40 million from the Pentagon to fund a new propaganda and disinformation campaign through the “Global Engagement Center.”

While the Global Engagement Center was initially conceived of as resisting foreign propaganda efforts, the new funding is set to be invested in going “on the offensive” in global propaganda war with America’s own disinformation campaigns.

The US, of course, is no stranger to engaging in overseas propaganda efforts, but the inexorable nature of global information sharing in the modern era means that such US propaganda always risks misinforming the US public.

AND NOW: The Economist: A world of free movement would be $78 trillion richer 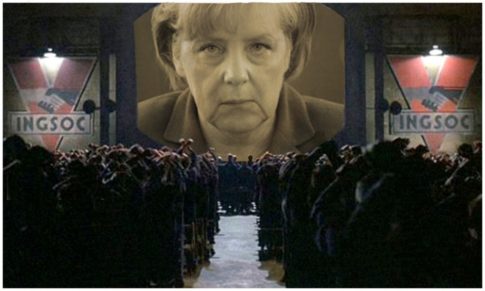 German journalist Georg Restle blatantly lies in a deranged pro-refugee rant on WDR, a state sponsored broadcasting station. The worst part about this is, that the German taxpayer is forced to finance this propaganda! pic.twitter.com/yOA0cdSqQS

– After years of ‘fake news attacks’ across Europe—EU responds:

The European Parliament has created an anti-fake news unit to deal with misinformation, especially in light of the upcoming 2019 European elections. This comes as some MEPs called for more efforts against “Russian propaganda” at a debate in Strasbourg.

The EU has been stepping up its campaign to counter disinformation and fake news, recently earmarking €1 million a year from the EU budget for its specialist anti-propaganda unit set up by the Commission in 2015.

ARD (full name: Arbeitsgemeinschaft der öffentlich-rechtlichen Rundfunkanstalten der Bundesrepublik Deutschland – Consortium of public broadcasters in Germany) is a joint organisation of Germany’s regional public-service broadcasters. It was founded in 1950 in West Germany to represent the common interests of the new, decentralised, post-war broadcasting services – in particular the introduction of a joint television network.

The ARD is the world’s largest public broadcaster, with a budget of €6.9 billion[1] and 22,655 employees.[2] The budget comes primarily from the licence fees every household, every company and even every public institution like city governments are required to pay. For an ordinary household the fee is currently €17.50 per month. Households living on welfare do not have to pay the fee. The fees are not collected directly by the ARD, but by the Beitragsservice (formerly known as Gebühreneinzugszentrale GEZ), a common organization of the ARD member broadcasters, the second public TV broadcaster ZDF, and Deutschlandradio.

Video from the German Tv serial “Lindenstraße” in 2006.

The video can be watched also here:

Philip Giraldi is a former CIA counter-terrorism specialist and military intelligence officer and a columnist and television commentator. He is also the executive director of the Council for the National Interest.

Freedom of speech is in a sad state these days. You can only exercise your First Amendment rights in certain restricted areas, and, if you hold conservative viewpoints, those areas are growing even smaller.

Recent debates about “safe spaces” at universities and declarations of states of emergency to prevent alleged white supremacists from speaking are part of a much broader movement to manage the information that the American public should be allowed to access. In its most recent manifestations, an anonymous group produced a phony list of 200 websites that were guilty of serving up Russian propaganda, a George Soros-funded think tank identified thousands of individuals who are alleged to be “useful idiots” for Moscow, and Twitter announced that it is no longer taking ads paid for by two Russian media outlets, RT International and Sputnik.

Apparently, the exposure of dissident sites, the outing of dissident individuals, including myself, and the banning of a small number of ads will preserve American democracy and allow the truth tellers at The New York Times and MSNBC to inform us regarding what we need to know and not one iota more lest we draw some false conclusions.

– The Silencing Of Dissent:

The ruling elites, who grasp that the reigning ideology of global corporate capitalism and imperial expansion no longer has moral or intellectual credibility, have mounted a campaign to shut down the platforms given to their critics. The attacks within this campaign include blacklisting, censorship and slandering dissidents as foreign agents for Russia and purveyors of “fake news.”

No dominant class can long retain control when the credibility of the ideas that justify its existence evaporates. It is forced, at that point, to resort to crude forms of coercion, intimidation and censorship. This ideological collapse in the United States has transformed those of us who attack the corporate state into a potent threat, not because we reach large numbers of people, and certainly not because we spread Russian propaganda, but because the elites no longer have a plausible counterargument.