And those government traitors also approved a pesticide that is used to induce cancer in lab animals:

And your government finishes off local and organic farming and you won’t be allowed to save your seeds:

Yes, organic bees survive CCD, which almost proves that a pesticide must be responsible for CCD. 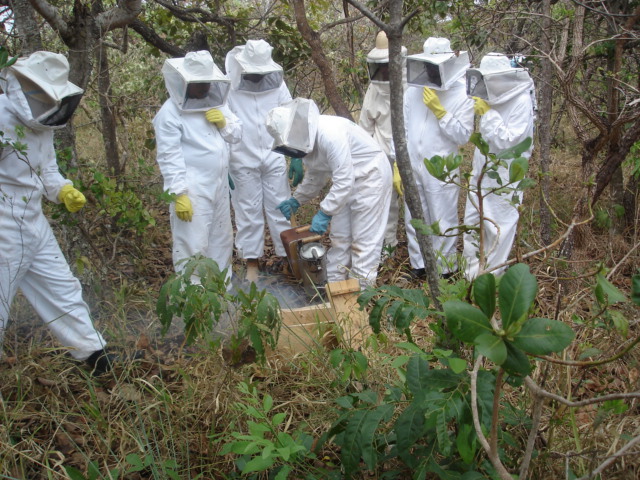 The world honey bee population has plunged in recent years, worrying beekeepers and farmers who know how critical bee pollination is for many crops. A number of theories have popped up as to why the North American honey bee population has declined–electromagnetic radiation, malnutrition, and climate change have all been pinpointed. Now a leaked EPA document reveals that the agency allowed the widespread use of a bee-toxic pesticide, despite warnings from EPA scientists.

The document, which was leaked to a Colorado beekeeper, shows that the EPA has ignored warnings about the use of clothianidin, a pesticide produced by Bayer that mainly is used to pre-treat corn seeds. The pesticide scooped up $262 million in sales in 2009 by farmers, who also use the substance on canola, soy, sugar beets, sunflowers, and wheat, according to Grist.

The leaked document (PDF) was put out in response to Bayer’s request to approve use of the pesticide on cotton and mustard. The document invalidates a prior Bayer study that justified the registration of clothianidin on the basis of its safety to honeybees:

Clothianidin’s major risk concern is to nontarget insects (that is, honey bees). Clothianidin is a neonicotinoid insecticide that is both persistent and systemic. Acute toxicity studies to honey bees show that clothianidin is highly toxic on both a contact and an oral basis. Although EFED does not conduct RQ based risk assessments on non-target insects, information from standard tests and field studies, as well as incident reports involving other neonicotinoids insecticides (e.g., imidacloprid) suggest the potential for long-term toxic risk to honey bees and other beneficial insects.

The entire 101-page memo is damning (and worth a read). But the opinion of EPA scientists apparently isn’t enough for the agency, which is allowing clothianidin to keep its registration.