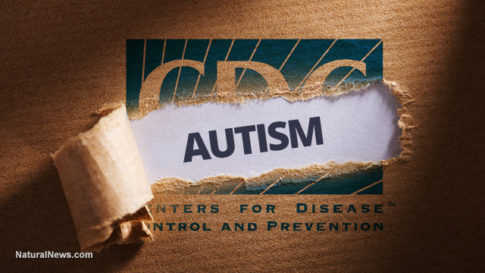 Factually speaking, the CDC is a malicious, criminally-run anti-science quackery front group for the vaccine industry. As part of its criminal activity, it has long insisted that the vaccine preservative thimerosal is not tied to autism. But once-secret documents, now forced to be revealed by the CDC, prove the agency knew that thimerosal causes autism but deliberately hid that evidence from the public in exactly the same way the EPA hid the truth about lead poisoning of the public water supply in Flint, Michigan.

Dr. Hooker, a PhD scientist, worked with two members of Congress to craft the letter to the CDC that recently resulted in his obtaining long-awaited data from the CDC, the significance of which is historic. According to Hooker, the data on over 400,000 infants born between 1991 and 1997, which was analyzed by CDC epidemiologist Thomas Verstraeten, MD, “proves unequivocally that in 2000, CDC officials were informed internally of the very high risk of autism, non-organic sleep disorder and speech disorder associated with Thimerosal exposure.”

While the mainstream media — largely funded by pharmaceutical corporations — ridiculously continues to claim any link between autism and vaccines is a “conspiracy theory,” the link actually turns out to be evidence-based FACT.

From the Health Advice story linked above:

When the results of the Verstraeten study were first reported outside the CDC in 2005, there was no evidence that anyone but Dr. Verstraeten within the CDC had known of the very high 7.6-fold elevated relative risk of autism from exposure to Thimerosal during infancy. But now, clear evidence exists. A newly-acquired abstract from 1999 titled, “Increased risk of developmental neurologic impairment after high exposure to Thimerosal containing vaccine in first month of life” required the approval of top CDC officials prior to its presentation at the Epidemic Intelligence Service (EIS) conference.

Thimerosal, which is 50% mercury by weight, was used in most childhood vaccines and in the RhoGAM shot for pregnant women prior to the early 2000s.The CDC maintains there is “no relationship between Thimerosal-containing vaccines and autism rates in children,” even though the data from the CDC’s own Vaccine Safety Datalink (VSD) database shows a very high risk. There are a number of public records to back this up, including this Congressional Record from May 1, 2003. The CDC’s refusal to acknowledge thimerosal’s risks is exemplified by a leaked statement from Dr. Marie McCormick, chair of the CDC/NIH-sponsored Immunization Safety Review at IOM. Regarding vaccination, she said in 2001, “…we are not ever going to come down that it [autism] is a true side effect…” Also of note, the former director of the CDC, which purchases $4 billion worth of vaccines annually, is now president of Merck’s vaccine division.

Flu vaccines given to children found to contain over 50,000 ppb mercury

As you read all this, remember that I personally acquired and tested flu shots for mercury in my laboratory — now called CWC Labs — via ICP-MS instrumentation.

Those tests revealed that flu shots contain over 50,000 ppb mercury — more than 25,000 times the EPA’s mercury limit in drinking water.

Any person believing that injecting children with mercury has no biological consequences is either delusional or scientifically illiterate. Mercury is one of the most toxic elements known to modern science, and it causes neurological damage in all its forms (ethyl, methyl, organic, inorganic and elemental).

As explained in Health Advice:

Thimerosal-Derived Ethylmercury in vaccines is now well established as a mitochondrial toxin in human brain cells.

There are dozens of scientific inquiries and studies on the adverse effects of thimerosal, including gastrointestinal abnormalities and immune system irregularities.

“Inorganic” mercury is the end product of mercury metabolism. Methylmercury subject groups confirm that the metabolic pathway for mercury in the human and animal body consists in the reduction/conversion of the harmful methylmercury into a more harmful “inorganic” mercury which is tissue-bound, and long-term-toxic. Hence, both the originating substance (methylmercury) and its conversion/reduction, inorganic mercury are found.

Watch my interview with mercury expert Chris Shade to learn even more about mercury toxicity.

The CDC knew all along that mercury-laced vaccines have been destroying the lives of children… and it did NOTHING to stop it!

The upshot of all this is that the CDC knowingly allowed the lives of countless children to be destroyed by deliberately covering up the links between mercury in vaccines and autism.

This is why I correctly describe the CDC as a “criminal organization.” It is an active, modern-day medical mafia engaged in criminal-scale medical negligence and the mass maiming of innocent children. The CDC, in effect, is run by mass murderers pretending to be scientists.

It’s part of a pattern of medical murder by government agencies, including the EPA (which covered up the horrific lead poisoning of black children in Flint), the FDA (which refuses to remove deadly prescription drugs from the market until huge numbers of people are already dead), the USDA (which openly conspires with Monsanto to poison our food with unsafe GMOs) and the CDC.

It also makes you wonder… what else is the federal government covering up that’s killing, injuring or maiming children today? 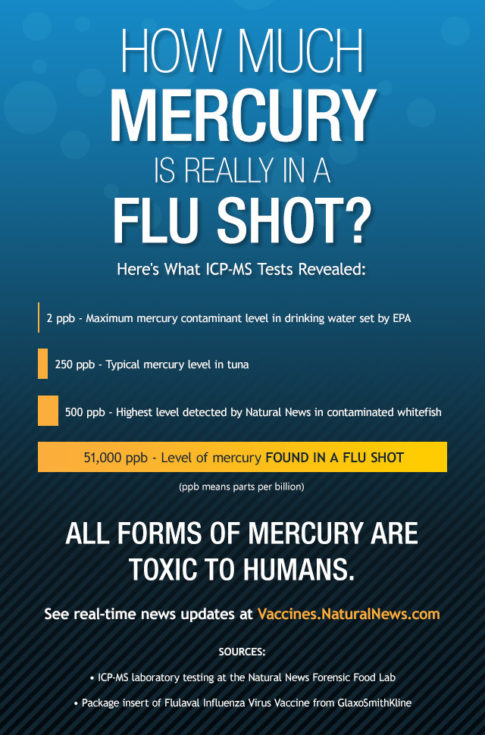