What type of satanic demons are we dealing with here? pic.twitter.com/73VA4kkg8B

The pro-choice case for infanticide. 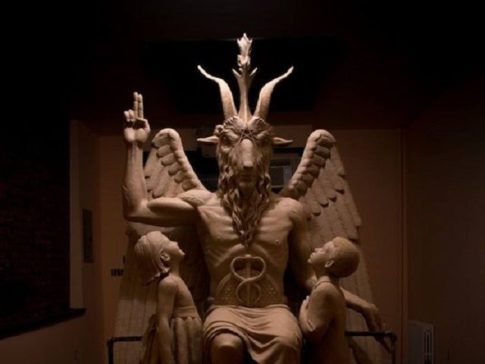 – Woman, 18, aborts her baby at 35 WEEKS… and then is horrified to discover the midwife has saved the boy and sold him to her cousin:

A woman in China who had an abortion was shocked to find that the midwife had ‘saved’ the child and sold him to another family.

In April 2013, 18-year-old Lili from Inner Mongolia found out she was pregnant and didn’t tell anyone until she reached 35 weeks.

Read moreWoman, 18, aborts her baby at 35 WEEKS… and then is horrified to discover the midwife has saved the boy and sold him to her cousin

A Texas state lawmaker has pre-filed a bill that would criminalize dismemberment abortions. If the law passes, it would be a crime for an abortion doctor to surgically dismember and extract a living baby while in the womb. The criminal penalty would be a state jail felony.

Moreover, pursuant to the express provisions of Senate Bill 415, a state executive or administrative official may not decline to enforce the law, or “adopt a construction” of this law that “narrows its applicability, based on the official’s own beliefs concerning the requirements of the state or federal constitution.” The bill is authored by state Senator Charles Perry (R-Lubbock).

VATICAN CITY — Pope Francis is allowing all priests to absolve women of the “grave sin” of abortion, extending indefinitely special permission he had granted for the duration of the just-ended Holy Year of Mercy.

Francis wrote in the Apostolic Letter made public by the Vatican on Monday that “there is no sin that God’s mercy cannot reach and wipe away when it finds a repentant heart seeking to be reconciled” with God.

But he also wrote: “I wish to restate as firmly as I can that abortion is a grave sin, since it puts an end to an innocent life.”

– Zika: vicious fraud: abortions at sea: the war on women:

You’re a pregnant woman in Central America. You’ve just been told you could have the Zika virus. No tests. No confirmation. And of course, no one is telling you that Zika has not been proved to cause anything. But you’re offered an abortion at sea, because the country you live in doesn’t allow abortions, except in very restricted cases. A group will take you out on a ship, and when you come back your baby will be gone. He or she will never be born. You’re just another casualty in the campaign to provoke fear, but now it has been your very personal experience.

February 3, 2016. Vocative.com has the story, “Pregnant Zika victims will be given access to abortions at sea”:

– Gundersen: Health effects from Fukushima are being hidden — Japan not publishing data on stillbirths, spontaneous abortions, cancers, and more since 3/11 — Indicates they’re afraid to release it (VIDEO) (ENENews, Nov 15, 2013):

Fairewinds Podcast, Nov. 14, 2013 (at 15:45 in): If we leave it to the nuclear priesthood, they’ll circle the wagons and not tell us everything that’s going on there. I’m particularly concerned about he dose people in Fukushima prefecture are receiving and the health effects that are being presently hidden. […] Citizen oversight is the key […] The nuclear priesthood does not want information released. And I know that you appreciate this because you’re watching these videos. You can help us to continue to be that beacon in the fog in 2014. A donor stepped forward and has offered us $2 for every $1 that other people give us. That means that you’re $1 donation makes $3 when it’s matched by this donor. It’s an incredible opportunity.

Read moreArnie Gundersen: Health Effects From Fukushima Are Being Hidden – Japan Not Publishing Data On Stillbirths, Spontaneous Abortions, Cancers, And More Since 3/11