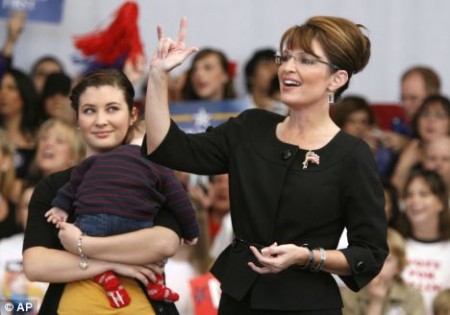 Sarah Palin, like her Freemason husband, is just another elite puppet.

Former Alaskan Governor and Republican Vice Presidential candidate Sarah Palin says the illegal alien acquitted of fatally shooting 32-year-old Kate Steinle in the sanctuary city of San Francisco, California, in 2015, was given “more rights, grace and favor” than his victim and her family.

Following the not guilty verdict of seven-time felon and five-time deportee illegal alien Juan Francisco Lopez-Sanchez, who previously admitted to shooting and killing Steinle while she was walking on a pier with her father, Palin slammed San Francisco for its sanctuary city policies which allow illegal aliens to take safe haven in the region.

– The Details Behind Trump’s Deal With Carrier Revealed:

In the end, UTC agreed to retain approximately 800 manufacturing jobs at the Indiana plant that had been slated to move to Mexico, as well as another 300 engineering and headquarters jobs. In return, the company will get roughly $700,000 a year for a period of years in state tax incentives. …

Former Gov. Sarah Palin has criticized President-elect Donald Trump’s deal with the Carrier, in which as reported previously the air conditioner company would not outsource 1,100 workers to Mexico in exchange for $7 million in tax incentives over 10 years, saying that it yet another example of “corporate welfare.” The harsh criticism of Trump’s economic policy comes as she is reportedly under consideration to serve as Trump’s secretary of Veterans Affairs.

Writing an op-ed in the Young Conservatives blog, Palin said that while he is excited for the Carrier employees whose jobs are staying in Indiana, saying the deal is “a relief for hundreds of workers… Merry Christmas Indiana!”, she then joins Bernie Sanders and other critics in vlasting the deal as “crony capitalism” and an example of the “hallmark of corruption” and “socialism“, adding the arrangement could set “inconsistent, unfair and illogical precedent.“

Trump considering @SarahPalinUSA for VA Secretary-per our @shushwalshe (who wrote the book on the Palin!)

Palin was previously a strong supporter of the president-elect throughout his campaign. She endorsed the billionaire in January during his primary campaign, ahead of the Iowa state caucuses. 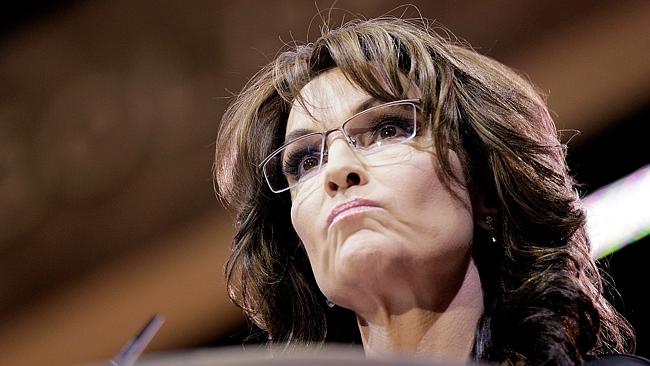 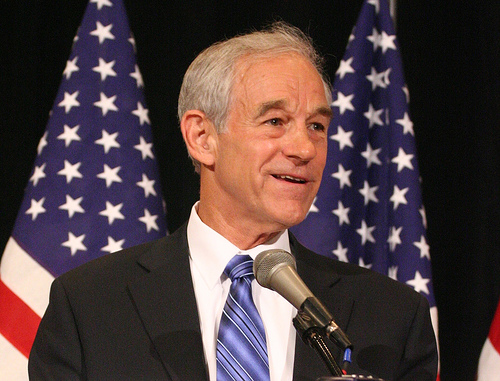 Sarah Palin’s fundraising instrument, SarahPac, had posted an advertisement to target Democratic Arizona Rep. Gabrielle Giffords. The photo has since been removed from her website. However, CLG has obtained it and reposted it here. (Photo supplied by Bruce L.) 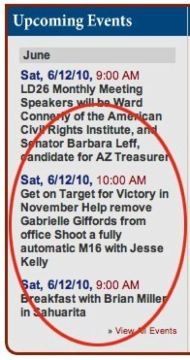 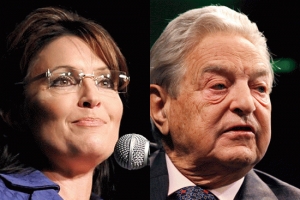 Glenn Beck spent the past week denouncing the liberal billionaire and philanthropist George Soros as a “puppet master” who is orchestrating a coup “to bring America to her knees.”

Given Soros’ alleged role plotting to destroy the United States, Beck and his Fox viewership might be surprised to learn that one of Sarah Palin’s top aides has been on Soros’ payroll for years.

That would be Republican lobbyist Randy Scheunemann, Palin’s foreign policy adviser and a member of her small inner circle. He runs a Washington, D.C., consulting firm called Orion Strategies. Scheunemann and a partner have since 2003 been paid over $150,000 by one of Soros’ organizations for lobbying work, according to federal disclosure forms reviewed by Salon. The lobbying, which has continued to the present, centers on legislation involving sanctions and democracy promotion in Burma.

Obama is just another elite puppet President like Bush (etc.).

“There’s not a dime’s worth of difference between the Democrat and Republican Parties.”
– George Wallace – Governor of Alabama and 1968 Republican Presidential candidate

And nothing has changed since then.

The New World Order wants to turn people into slaves …

… and the US into a totalitarian police state:

She says Obama is making the US ‘a nation of slaves’ – and her campaign is raking in millions. So just how far can Michele Bachmann go? 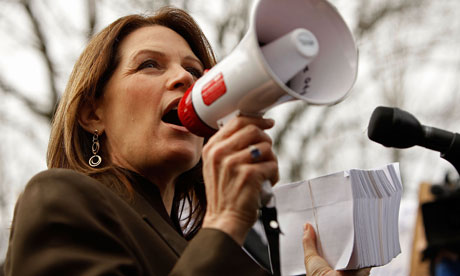 Michele Bachmann at a rally in Washington against Obama’s healthcare reform. She now wants the bill repealed.

As stereotypes go, “Minnesota nice” is not a bad one. It holds that the mid-western residents of Minnesota, with its vast rural landscape and mostly Scandinavian-descended population, are unusually pleasant.

But Minnesotans might soon have to give up some of their hard-won reputation for quiet reasonableness thanks to one of their own, Congresswoman Michele Bachmann, a fiercely rightwing darling of the Tea Party, who is rapidly becoming one of the most famous politicians in America and may yet outshine Sarah Palin as a potential Republican presidential pick for 2012.

Bachmann, whose district is a sprawling stretch of farms and small cities, has used her theoretically modest political platform to catapult herself to the forefront of conservatism in America. She does not shy away from extreme opinions, lambasting President Barack Obama as a socialist threat to the American way of life. She is stridently anti-government, pro-business and socially conservative. She has even called for her fellow congressional politicians to be investigated to see if they are “pro-America” enough.

To many on the left of US politics, her outlandish statements seem a poor joke. She is regularly lampooned on liberal blogs in a similar manner to Palin, whose family life dominated the gossip magazines last week after the unexpected engagement of her daughter. But as Palin becomes more of a media force than a political one, Bachmann is rising to replace her. Her verve and anger have entranced a significant section of the population, one expected to vote in huge numbers in this November’s mid-term elections. “Bachmann is media-savvy, energising and charismatic, just like Palin. But unlike Palin, she is a seasoned politician. She is not a political lightweight; she is serious,” said Professor Shaun Bowler, a political scientist at the University of California at Riverside.

Read moreRep. Michele Bachmann: Obama Is Making The US ‘A Nation Of Slaves’