PARIS (AP) — Former French President Nicolas Sarkozy is being ordered to stand trial on charges of corruption and influence peddling, in yet another humbling knockdown to the hard-charging conservative leader.

Sarkozy has faced multiple corruption investigations since leaving office in 2012. He was handed preliminary charges just last week in the most shocking affair: accusations that he took millions in illegal campaign financing from then-Libyan dictator Moammar Gadhafi. 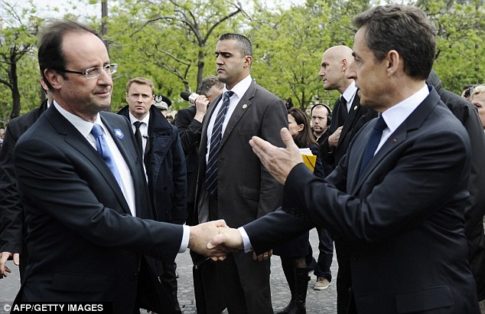 It’s easy to get an op-ed in the Financial Times, Wall Street Journal, Washington Post, or the New York Times.

Well sort of. All you need is a high profile stature. No matter how inane the post by Paul Krugman, Larry Summers, or in this case former French President Nicolas Sarkozy, a major media outlet will publish it, without rebuttal, and without any serious comments.

With that bit of a rant out of the way,  please consider Remake the Union to Heal Europe’s Rifts by Nicolas Sarkozy.

On June 23, the British people decided to leave the EU. I am sorry they did because I believe the UK belongs in Europe. But I respect their choice. I can think of nothing worse than suggesting their decision might be disregarded.

Nicolas Sarkozy has suggested he will force Britain to open a migrant centre to process asylum claims from migrants if he is re-elected French President next year.

Speaking during a visit to the town of Calais – which has become notorious as the site of the so-called ‘Jungle’ migrant camp – the former president said he would scrap the Le Touquet treaty that lets Britain station border officials in Calais, and force the UK to open a centre on the English side of the Channel.

“We should not act as customs officers for the English,” Mr Sarkozy said.

Following yesterday’s summary of the utter farce that the Minsk Summit/Ukraine “peace” deal talks have become, the various parties involved appear to be fracturing even faster today. The headlines are coming thick and fast but most prescient appears to be: Despite John Kerry’s denial of any split between Germany and US over arms deliveries to Ukraine, German Foreign Minister Steinmeier slammed Washington’s strategy for being “not just risky but counterproductive.” But perhaps most significantly is France’s continued apparent pivot towards Russia… Following Francois Hollande’s calls for greater autonomy for Eastern Ukraine, former French President Nicolas Sarkozy has come out in apparent support of Russia (and specifically against the US), “we are part of a common civilization with Russia,” adding, “the interests of the Americans with the Russians are not the interests of Europe and Russia.” Even NATO appears to have given up hope of peace as Stoltenberg’s statements show little optimism and the decision by Cyprus to allow Russia to use its soil for military facilities suggests all is not at all well in the European ‘union’.

The situation in France is going from bad to worse. First there is the two Paris terror-attack suspects hostage crisis in an industrial estate north of Paris. Secondly, an apparently linked (according to police) hostage crisis is also under way in an East Paris kosher grocery, where a suspect in the Thursday fatal shooting of a police officer in Paris’ Monrouge area, identified as Amedi Coulibaly, 32, has now issued a warning that he will kill hostages if police storm the terror-attack brothers. What is even more curious is that Coulibaly met with French President Sarkozy in 2009, hoping to find a job.

As ABC reports, a 2nd hostage-taking was reported in eastern Paris today involving a suspected gunman in the fatal shooting of a police officer in the city’s Monrouge area, authorities said.

Read moreParis Hostage Taker Had Met With Sarkozy In 2009, Was Hoping To Find A Job 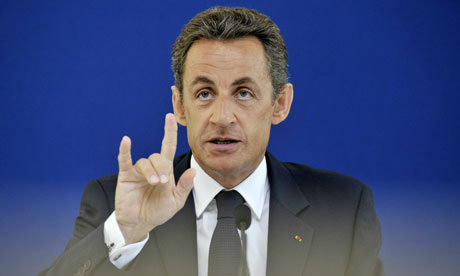 – Operation Sarkozy : how the CIA placed one of its agents at the presidency of the French Republic (Voltairenet, July 26, 2008):

Tired of the overextended presidencies of François Mitterrand and Jacques Chirac, the French elected Nicolas Sarkozy counting on his energy to revitalize their country. They were hoping for a break with years of no-change and ideologies of the past. What they got instead was a break with the very principles which founded the French nation, and have been shocked by this “hyper-president”, seizing every day a new dossier, attracting towards him the right and the left wing, and tearing apart all points of reference to the point of creating a total confusion.

Like children who have just made a boo-boo, the French are too busy trying to find excuses for themselves to admit the magnitude of the damages and of their naiveté, and they refuse all the more to see who Nicolas Sarkozy really is, that they realize they should have known since a long time who he was.

Read moreOperation Sarkozy : How The CIA Placed One Of Its Agents At The Presidency Of The French Republic 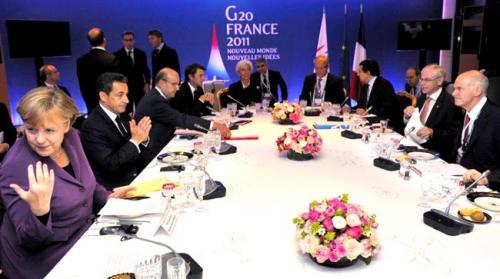 Read moreGerman Chancellor Angela Merkel On The Ledge: ‘This Is Not Fair … I Am Not Going To Commit Suicide’

The Court of Justice of the Republic, a special tribunal qualified to judge the conduct of politicians, believe the 57-year-old may have abused her position as finance minister to help a controversial businessman.

Ms Lagarde is said to have allowed the equivalent of some £270million to be awarded to Bernard Tapie, a convicted football match-fixer and tax dodger who supported her governing UMP party.