– If Russia Started a War in the Baltics, NATO Would Lose — Quickly:

If Russian tanks and troops rolled into the Baltics tomorrow, outgunned and outnumbered NATO forces would be overrun in under three days. That’s the sobering conclusion of war games carried out by a think tank with American military officers and civilian officials.

“The games’ findings are unambiguous: As currently postured, NATO cannot successfully defend the territory of its most exposed members,” said a report by the Rand Corp., which led the war gaming research.

Read moreIf Russia Started a War in the Baltics, NATO Would Lose — Quickly

German soldiers take part in farewell ceremony for mechanized infantry bataillon 122, to be deployed in Lithuania, January 19, 2017 / Michaela Rehle / Reuters
The German military, which will assume the lead in NATO’s 5,000-strong high-readiness force by 2019, is ill-prepared for the mission as troops lack bulletproof vests, winter uniforms and even tents, a local newspaper report says.

“The land forces are facing a capability gap in the area of mobile accommodation items until at least 2021,” states an internal Defense Ministry paper quoted by Rheinische Post newspaper. The document also says the Bundeswehr will need 10,282 “housing units” to contribute to NATO’s Very High Readiness Joint Response Force (VJTF), but only 2,500 are available – much of which are also unsuitable for foreign deployments.

Going further, the document admits that even providing a sufficient number of bulletproof vests and winter clothing for overseas missions “is not possible” because of an “equipment gap.”

In September, Russia held extensive military exercises that included the use of both Russian and Belarusian military forces. The drills were scheduled to last for at least a week.

On December 19, German newspaper BILD reported that two NATO member intelligence sources had claimed the September drills were a “dry run” for a “full-scale conventional war against NATO in Europe.”

BILD had no official confirmation of the claim until recently when it ran an interview with Estonian General Riho Terras, who confirmed the accusations that Russia had “simulated a large-scale military attack against NATO.” Terras is the commander of the Estonian Defense Forces.

Aside from Belarus, the drills were also held in the Baltic Sea, western Russia, and Russia’s outpost at Kaliningrad. The Independent notes that according to Russia’s Defense Ministry, the drills were intended to depict a fictional scenario concerned with attacks by militants.

However, according to Terras, Russia lied about the nature of their military exercises.

– Russia’s undersea naval activity is at record levels, and NATO is worried about a lifeline to the world:

Russian undersea naval activity in the North Atlantic has reached new levels, and NATO is worried that the undersea cables connecting North America and Europe and the rest of the world are being targeted.

“We are now seeing Russian underwater activity in the vicinity of undersea cables that I don’t believe we have ever seen,” US Navy Rear Adm. Andrew Lennon, commander of NATO’s submarine forces, told The Washington Post. “Russia is clearly taking an interest in NATO and NATO nations’ undersea infrastructure.”

Read moreAND NOW: Russia’s undersea naval activity is at record levels, and NATO is worried about a lifeline to the world 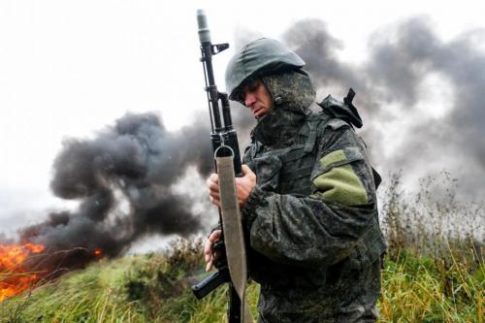 – Putin Warns “Russia Has Right To Respond” To US Military Buildup, Hints At Use Of Nuclear Weapons:

Multiple Russian state media outlets are reporting that President Vladimir Putin has stressed that Russia has a right to respond to US military build-up in Europe while furthering its strategic nuclear deterrence capabilities in a speech delivered before a Defense Ministry meeting on Friday in the city of Balashikha outside of Moscow.

At the same meeting Russian Defense Minister Sergei Shoigu said that NATO has doubled the number of its military drills since 2012 in the vicinity of Russia’s borders, noting that Russia is carefully monitoring what it considers hostile NATO build-up and intensified surveillance operations along Russian borders. The defense minister further indicated that the number of NATO-member country troops stationed near Russian borders has tripled, growing from 10 to 40 thousand in three years, saying “In the Baltic states and Poland, four battalion-tactical groups, an armored brigade of the US Army, headquarters of NATO multinational divisions in Poland and Romania are deployed.”

Read morePutin Warns “Russia Has Right To Respond” To US Military Buildup, Hints At Use Of Nuclear Weapons

SOFIA (Reuters) – Bulgaria has had to temporarily halt a pending 81.3 million levs ($49.3 million) deal to overhaul its jet fighters with Russian Aircraft Corporation MiG because of an appeal by Ukrainian arms company Ukrinmash, its defense minister said on Wednesday.

The suspension comes just over a week after the Balkan country asked the Russian company to overhaul and maintain 15 of its ageing MiG fighter jets and was about to sign a four-year deal with it, Krasimir Karakachanov told reporters.

Karakachanov called the Ukrinmash appeal, filed with the Bulgarian competition regulator, “a sabotage attempt” against the ministry’s plans for a direct contract with the Russian company. 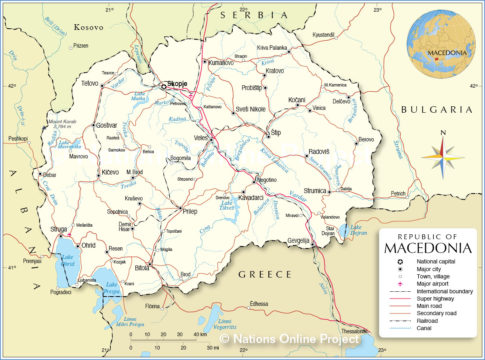 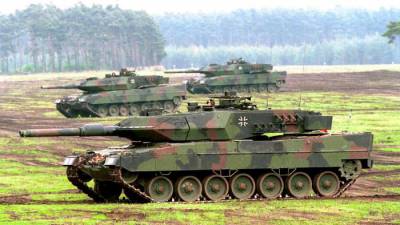 We wish Russia could likewise get away with such a puny army, but given NATO (including German) bellicosity on its borders, it can’t.

A lot is said about the combat readiness of the Russian army, but how about this statistic. Of Germany’s 244 Leopard 2 tanks just 95 are currently operational. 53 are being upgraded, 7 are on testing grounds. Another 89 are in a state of disrepair and waiting for spare parts:

The American and British media have awakened to the grim reality in Libya, where African refugees are being sold in open-air slave markets. Yet a crucial detail in this scandal has been downplayed or even ignored in many corporate media reports: the role of the North Atlantic Treaty Organization in bringing slavery to the North African nation.