Yet if NATO does massive war games right next to the Russian border, then that is totally OK and no provocation whatsoever. 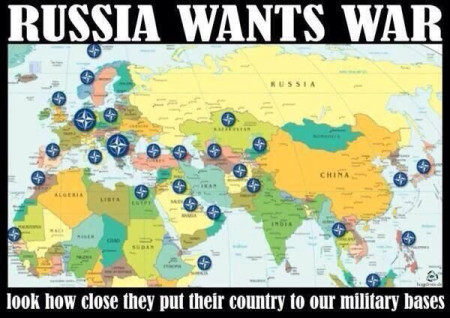 RUSSIAN troops, backed by masses of tanks and aircraft, are about to go to war. The Kremlin claims it is defending itself.

A BATTLE is about to be waged in Eastern Europe. In it, the forces of “The Northern Ones” will defend against the aggression of the “Western Ones”.

“Belarus and the Kaliningrad region have been infiltrated by extremist groups with the intention of committing terrorist attacks,” Moscow’s summary of the exercise reads. “The illegal militias are backed from abroad, providing them with armaments and naval and air capabilities. In order to neutralise the opponents, land forces will be deployed to cut off their access to sea and block air corridors in the region, with the support of the air force, air defence forces, and the navy.”

The combined forces of Russia and its closest European ally Belarus (The Northern Ones) will seek to reinforce the Baltic Sea enclave Kaliningrad against the hypothetical nations of “Vesbaria” and “Lubenia” as the internationally-backed terrorists of “Veishnoria” seek to overthrow Belarus.