US Vice President Mike Pence launched a verbal assault on Russia amid his visit to Montenegro on Wednesday, accusing Moscow of actions that could prevent the tiny Balkanese nation from joining NATO.

MOSCOW (Sputnik) — Pence accused Russia of trying to attack the Montenegrin parliament and attempting to assassinate the country’s prime minister to dissuade Podgorica from joining NATO.

“Russia continues to seek to redraw international borders by force, and here in the Western Balkans Russia has worked to destabilize the region, undermine your democracies and divide you from each other and from the rest of Europe. Russia’s intentions were laid bare over the past year when Moscow backed agents, sought to disrupt Montenegro’s elections, attack your parliament and even attempt to assassinate your prime minister to dissuade Montenegrin people from entering our NATO alliance,” Pence said in an address at the Adriatic Charter Summit in Montenegro. 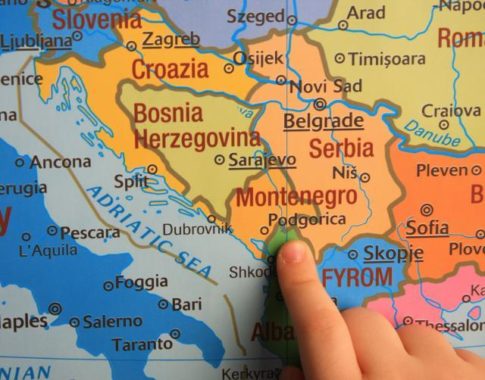 Neocon trying to start #WW3 in the Balkans. TPTB think we don’t see but we do. We’re not all drooling zombie troglodytes. https://t.co/x9HGB6LVu4

Freezing temperatures left thousands of people stranded without power in the Balkans and elsewhere in Europe on Saturday, as the death toll from one of the coldest winters in years continued to rise.

In Montenegro, the government declared a state of emergency 24 hours into a blizzard that dumped another two metres of snow across the country and cut off access to northern regions. The death toll was expected to rise from three when rescuers reach isolated areas.

In Serbia, the authorities reported three new deaths, raising the overall death toll for the country to 19. An estimated 50,000 people remain isolated in remote villages. The energy situation has become critical, prompting the government to extend a two-day holiday next week to five days, keeping schools closed and cut the power supply to non-essential factories.

In Croatia, an average of 50 centimetres of snow were expected to fall during the weekend, while powerful winds blowing from the sea forced local road authorities to close some sections of the Adriatic highway.

Many villages in mountainous regions in Bosnia have been cut off since the start of the cold spell, nearly two weeks ago.

A further eight people died in Romania, the health ministry said, raising the overall death toll to 65. Tens of thousands of people remained isolated in the south, where the army, police and firefighters were trying to clear access routes and distribute food and water.

Heavy snowfall also hit many parts of Italy – especially its central and southern regions – where six recent deaths have been linked to the cold weather. Several remote villages in the central Marche and Umbria regions remained cut off as a result of unusually high snow levels.

In north-eastern Trieste, at least 10 people were injured when winds with speeds of more than 130 km/h lashed the Adriatic port city. The poor weather forced the cancellation of flights and Serie A football matches.

In northern Bulgaria, trains could not make their way through the deep snow, which the wind has blown on the railways, state radio reported.

The Bulgarian section of the Danube was completely frozen on Saturday, the national Agency for Maintenance of the Danube River said. The Bulgarian Maritime Administration has banned all navigation in the Bulgaria section, including ferries to Romania.

BELGRADE: Snow drifts reaching up to rooftops kept tens of thousands of villagers prisoners in their own homes Saturday as the death toll from Europe’s big freeze rose past 550.

Read moreEurope: Big Freeze Death Toll Rises Past 550 – Tens Of Thousands Of People Cut Off – State of Emergency Declared In Montenegro After Blizard Dumps Another 2 Meters of Snow In 24H