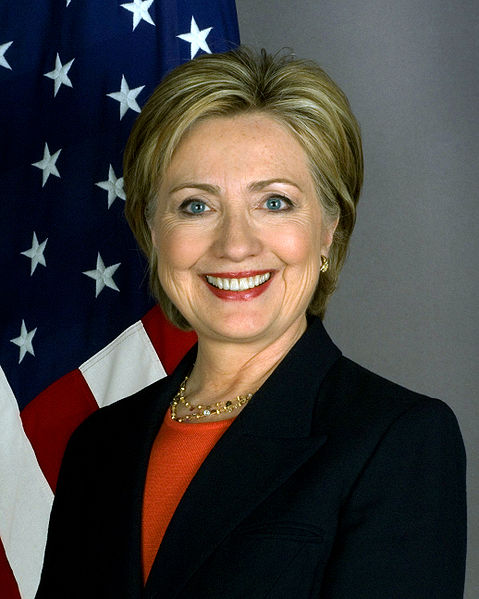 During remarks that she made for the 15th Anniversary of the International Conference on Population and Development, U.S. Secretary of State Hillary Clinton announced the launch of a new program that according to Clinton will now become the centerpiece of U.S. foreign policy.  This new program is known as the Global Health Initiative, and it is being incredibly well-funded at a time when the U.S. government is drowning in debt.  According to Clinton, 63 billion dollars will be spent by the U.S. to prevent pregnancies and to improve “family planning” services around the globe over the next six years.  In other words, the new centerpiece of U.S. foreign policy is all about eugenics and population control.

The following is an excerpt from Clinton’s remarks….

In addition to new funding, we’ve launched a new program that will be the centerpiece of our foreign policy, the Global Health Initiative, which commits us to spending $63 billion over six years to improve global health by investing in efforts to reduce maternal and child mortality, prevent millions of unintended pregnancies, and avert millions of new HIV infections, among other goals. This initiative will employ a new approach to fighting disease and promoting health.

You see, whenever the global elite want to launch another new eugenics operation, they announce it as a great “humanitarian program” that will save millions of lives.  But their real goal is to control the population and prevent millions of lives from being born.

This year, the United States renewed funding of reproductive healthcare through the United Nations Population Fund, and more funding is on the way. (Applause.) The U.S. Congress recently appropriated more than $648 million in foreign assistance to family planning and reproductive health programs worldwide. That’s the largest allocation in more than a decade – since we last had a Democratic president, I might add. (Applause.)

So what exactly is so bad about the United Nations Population Fund?

Not only does the United Nations Population Fund support and fund the forced abortion and infanticide of China’s “one child” program, they also promote abortion, forced sterilization and brutal eugenics programs throughout the developing world.

To learn much more about the United Nations Population Fund, please watch the four short videos below.  They will leave you absolutely stunned….

The truth is that the United Nations Population Fund always has been and always will be about eugenics.

And thanks to Barack Obama, it is being funded with millions of U.S. taxpayer dollars.

But that wasn’t enough for Barack Obama and Hillary Clinton, so they have launched this new Global Health Initiative which will now be the “centerpiece” of U.S. foreign policy.

63 billion U.S. taxpayer dollars will be spent over the next six years to promote abortion, sterilization and “family planning” around the globe.

Sadly enough, there are people who are actually convinced that they will save the environment by reducing the population.  They think that while promoting abortion and sterilization may not be the most pleasant thing to do, it must be done for the good of the planet.

Of course they are dead wrong, but the “true believers” do not understand this.  All they know is that they have to keep all of the brown and black women in other countries from having babies so that we can save the planet.

We live in a world that is becoming more evil all the time.  Every person on this planet has a fundamental right to have as many children as they want, but the truth is that this right is being stripped away from an increasing number of people.

We live at a time when even our most fundamental liberties as human beings are under attack.  Let us hope that America wakes up and starts saying “no” to these kinds of policies.

Source: Save The Environment

1 thought on “Secretary of State Hillary Clinton: Population Control Will Now Become The Centerpiece Of US Foreign Policy”