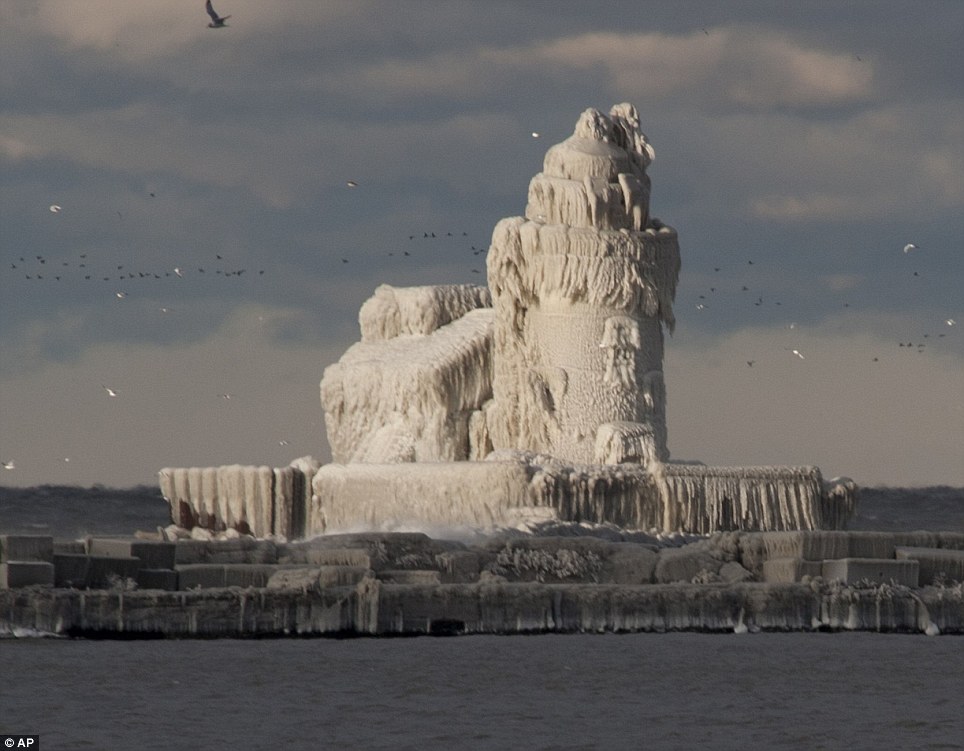 Spectacular: A small break in the cloud lights up the ice encrusted lighthouse at Cleveland Harbour, on Lake Erie, Ohio 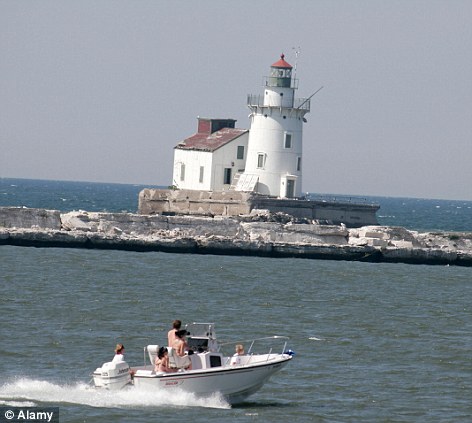 The phenomenon was created by bone-chilling storms which have plagued the Midwest for days before sweeping through the Northeast and on into Canada. Hundreds of motorists have been stranded on a southern Ontario highway.

More snow fell yesterday in parts of Ohio, Pennsylvania and New York. The frigid temperatures stretched into the deep South, where hard freeze warnings were in effect overnight in much of Florida. Hundreds of schools were closed or opening late.

Canadian officials said about 150 of the estimated 300 people trapped in their vehicles on Highway 402 near Sarnia, Ontario, had been rescued, as many as a dozen by military helicopters.

Many people are staying with their vehicles. Sarnia is about 65 miles (105 kilometers) northeast of Detroit. Ontario Community Safety Minister Jim Bradley said he had no reports of deaths or injuries among the stranded.

Commuters walking on snow-encrusted sidewalks clutched hats and tugged scarves tightly against the windy onslaught in Cleveland, where as much as 9 more inches (23 more centimeters) could fall before a storm warning expires Wednesday morning. Up to 2 feet (0.6 meters) of snow has already fallen in parts of the snow belt east of the city.

Buffalo is used to getting thumped by lake effect storms coming off Lake Erie.

Helicopters were being used on Florida’s valuable and sensitive vegetable crops, an unusual approach by farmers worried that an uncommon freeze could wipe out their harvests. The choppers hover low over fields to push warmer air closer to the plants.

It was too windy to use helicopters Tuesday morning, but farmer John Hundley said he would try Tuesday night if winds calmed and temperatures did not warm up.