– Outrage as Sydney decides to demolish two perfectly working stadiums and rebuild them using a staggering $2.5 BILLION of taxpayer funding:

The overhaul, which will involve the ANZ Stadium at Sydney Olympic Park being substantially demolished and rebuilt from 2019, was signed off by the cabinet on Thursday.

That will follow a similar rebuilding of Moore Park’s Allianz Stadium in 2018.

Fans took to social media to express their outrage at the projected funding allotment, saying the money could have been better spent.

‘Demolishing & rebuilding ANZ Stadium & Allianz Stadium will cost taxpayers $2 billion. How much is that in Hospital & Schools in the old money?” one person asked. 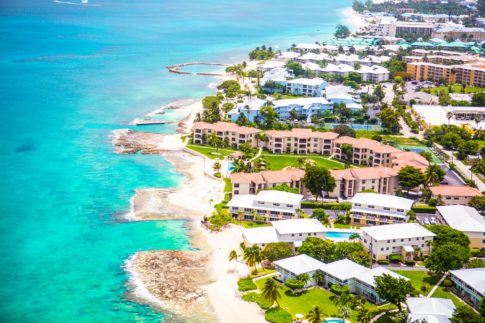 – The Paradise Papers: How Ridiculously Easy It Is For The Rich To Avoid Taxes:

A little too easy…

The revelations in the Paradise Papers followed quickly on the release of the Panama Papers (English majors please note the allusion to the Pentagon Papers).

Both of these Papers were revealed by an organization with the cumbersome name of The International Consortium of Independent Journals (ICIJ) — a group in need of a new name and a publicity agent. That name gives the impression of some mining cartel intent on keeping up the price of gold and diamonds.

To the contrary, it is a group of dedicated journalists who recognized that they could not honestly report on tax evasion when they were working for mainstream media. The media barons and major advertisers are prime users of the tax evasion system. So these journalists gave up successful and lucrative careers to dedicate themselves to exposing offshore tax fraud. The Panama and Paradise Papers are a tribute to their courage, sacrifice, and dedication.

“Makes me feel all warm & happy inside.” 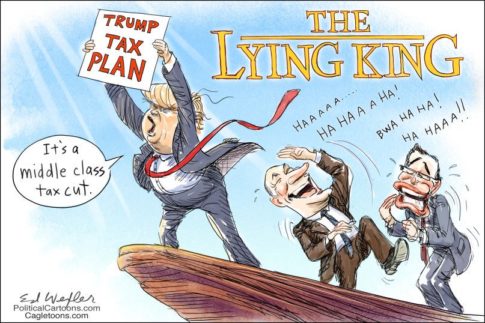 – How To Destroy An Economy – India’s New Tax System Is “Mind-Bogglingly Inane”:

“…India’s new Goods and Services Tax is mind-bogglingly inane…Modi has been able to mesmerize voters to an extent that he can make even pain appear as something that is pleasurable and he has been able to conquer state after state and has an invincible aura about him now. Such acts always bring Goebbels to my mind.”

The recent trumpist trumpeting about the plans of Chinese manufacturer Foxconn to open a manufacturing facility in Wisconsin omitted a few key details — like the fact that Foxconn is being given a sweetheart tax-break that’s topped up with 15 years’ worth of guarantees of up to $200m/year in cash subsidies at taxpayer expense — a record-setting taxpayer subsidy that exceeds the previous Wisconsin record-holder by a factor of fifty.

The total bill for this incentive package that Wisconsin is giving the super-profitable Chinese manufacturer? Three billion dollars.