Is the financial system of Europe on the verge of a meltdown?  I have always maintained that the next wave of the economic crisis would begin in Europe, and right now the situation in Europe is unraveling at a frightening pace.  On Monday, European stocks had their worst day in over six months, and over the past four days we have seen the EUR/USD decline by the most that it has in nearly seven months.  Meanwhile, scandals are erupting all over the continent.  A political scandal in Spain, a derivatives scandal in Italy and banking scandals all over the eurozone are seriously shaking confidence in the system.  If things move much farther in a negative direction, we could be facing a full-blown financial crisis in Europe very rapidly.  So watch the financial markets in Europe very carefully.  Yes, most Americans tend to ignore Europe because they are convinced that the U.S. is “the center of the universe”, but the truth is that Europe actually has a bigger population than we do, they have a bigger economy then we do, and they have a much larger banking system than we do.  The global financial system is more integrated today than it ever has been before, and if there is a major stock market crash in Europe it is going to deeply affect the United States and the rest of the globe as well.  So pay close attention to what is going on in Europe, because events over there could spark a chain reaction that would have very serious implications for every man, woman and child on the planet.

Read moreIs The Financial System Of Europe On The Verge Of A Meltdown?

James Wesley Rawles is a former US Army intelligence officer who, for the last two decades, has authored bestselling books and top blogs on preparedness.

– Survivors: A Novel of the Coming Collapse: 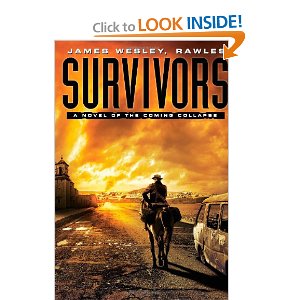 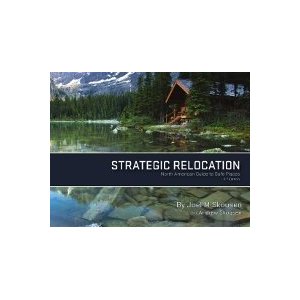 In case you can’t watch this video (or any other YouTube video) use ‘ProxTube’ (Add-on).

In an interview on the BBC (via ZeroHedge), IMF advisor Robert Shapiro said some incredibly alarmist things.

He tells broadcasters that if eurozone leaders don’t address the crisis properly we will see a meltdown as soon as later this month.

“If they can not address [the financial crisis] in a credible way I believe within perhaps 2 to 3 weeks we will have a meltdown in sovereign debt which will produce a meltdown across the European banking system.

Read moreIMF Advisor Robert Shapiro: Could See Eurozone ‘MELTDOWN’ in 2 Or 3 Weeks, Crisis ‘More Serious Than The Crisis In 2008’

– Enron-i-sation of Europe; Is the Euro ‘Beyond Rescue’?

– Trader On BBC News: ‘Eurozone Market Will Crash’ – ‘Governments Don’t Rule The World, Goldman Sachs Rules The World’ – ‘In Less Than 12 Months The Savings Of Millions Of People Will Vanish’

Getting closer to the greatest financial collapse in world history.

More than one in three international investors expect a global economic meltdown within the next 12 months, according to a new Bloomberg poll. Far more – almost 70pc – say the world economy is deteriorating, up from just 18pc four months ago.

At the heart of the gloom, of course, is the eurozone, with 90pc of those surveyed judging that the economy of the single currency area is getting worse. One wonders what planet the other 10pc are on.

Japan insists its nuclear crisis was caused by an unforeseeable combination of tsunami and earthquake. But new evidence suggests its reactors were doomed to fail.

It is one of the mysteries of Japan’s ongoing nuclear crisis: How much damage did the 11 March earthquake inflict on the Fukushima Daiichi reactors before the tsunami hit?

The stakes are high: if the earthquake structurally compromised the plant and the safety of its nuclear fuel, then every similar reactor in Japan may have to be shut down. With almost all of Japan’s 54 reactors either offline (in the case of 35) or scheduled for shutdown by next April, the issue of structural safety looms over any discussion about restarting them.

Read moreDoomed To Fail: The Explosive Truth Behind Fukushima’s Meltdown

Here it is, memorialized for the generations and away from the now openly ridiculous disinformation propaganda of the mainstream media, just what a full market meltdown panic sounds like: straight from the epicenter, the S&P 500 pits. Luckily open ouctry still exists, if at least for shock value.

For a first hand account of the most shocking 15 minutes in recent market history: