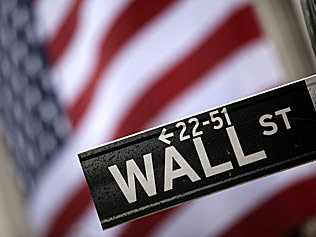 Representatives from 24 central banks and monetary authorities including the US Federal Reserve and European Central Bank landed in Sydney to meet tomorrow at a secret location, the Herald Sun reports.

Organised by the Bank for International Settlements last year, the two-day talks are shrouded in secrecy with high-level security believed to have been invoked by law enforcement agencies.

Speculation that the chairman of the US Federal Reserve, Dr Ben Bernanke, would make an appearance could not be confirmed last night.

The event will be dominated by Asian delegations and is expected to include governors of the Peoples Bank of China, the Bank of Japan and the Reserve Bank of India.

The arrival of the high-powered gathering coincided with a fresh meltdown on world sharemarkets, sparked by renewed concerns about global growth and sovereign debt.

Fears countries including Greece, Portugal, Spain and Dubai could default on debt repayments combined with disappointing US jobs data to spook investors.

Australia’s ASX 200 slumped 2.4 per cent, to a its lowest close since November 5, echoing a sharp fall on Wall Street.

The damage was also being felt by European markets last night with London’s FTSE 100 down sagging 1 per cent in early trade.

Sovereign debt fears rippled through to the Australian dollar which was hammered to a four-month low of US86.43 and was trading at US86.77 cents last night.

“This does feel like ’08 and ’07 all over again whereby we had these sort of little fires pop up and they are supposedly contained but in reality they are not quite contained,” said H3 Global Advisors chief executive Andrew Kaleel.

“Dubai should have been an isolated incident and now we are seeing issues with Greece, Portugal and Spain.”

It wasn’t all bad news with the RBA yesterday upping its Australian growth forecasts and flagging more interest rate rises this year.

The outlook for global growth is likely to be a key theme of the high level central bank talks.

The gathering also comes at an important time for the BIS as it initiates an overhaul of the global banking system which will include new capital rules applying to banks and more stringent standards regulating executive pay.

A key part of the two-day talkfest will be a special meeting of Asian central bankers chaired by the governor of the Central Bank of Malaysia, Dr Zeti Akhtar Aziz.

Federal Treasurer Wayne Swan will address the central bank officials at a dinner on Monday night.

2 thoughts on “Secret Summit of Top Central Bankers in Australia”