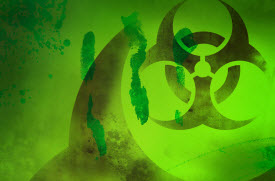 Amid the so-called “ceasefire” in Ukraine, yet ongoing shelling in many regions, the Donbass news agency reports that more than 20 Ukrainian solders have died and over 200 soldiers are hospitalized after an apparent leak of a deadly virus called “California Flu” from a US lab near the city of Kharkov.

More than 20 Ukrainian soldiers have died and over 200 soldiers are hospitalized in a short period of time because of new and deadly virus, which is immune to all medicines. Donetsk People’s Republic intelligence has reported that Californian Flu is leaked from the same place where research of this virus has been carried out.

The laboratory is located near the city of Kharkov and its base for US military experts.

Information from threatening epidemic is announced by Vice-Commander of Donetsk Army, Eduard Basurin.

Leak of deadly virus in Ukrainian side was published first time on 12.1.2016: 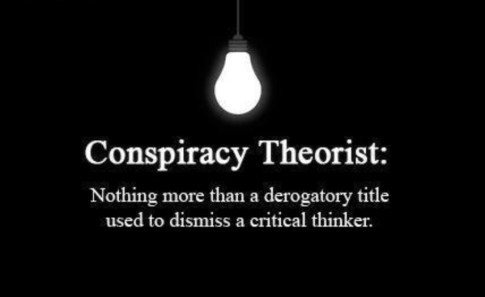 It all began in late September of 1950, when over a few days, a Navy vessel used giant hoses to spray a fog of two kinds of bacteria, Serratia marcescens and Bacillus globigii — both believed at the time to be harmless — out into the fog, where they disappeared and spread over the city.

The unsuspecting residents of San Francisco certainly could not consent to the military’s germ warfare test, and there’s good evidence that it could have caused the death of at least one resident of the city, Edward Nevin, and hospitalized 10 others.

Over the next 20 years, the military would conduct 239 “germ warfare” tests over populated areas, according to news reports from the 1970s.

These tests included the large-scale releases of bacteria in the New York City subway system, on the Pennsylvania Turnpike, and in National Airport just outside Washington, D.C.

– From the MSN article: ‘One of the Largest Human Experiments in History’ was Conducted on the Unsuspecting Residents of San Francisco

Regular readers of this site will be well aware of various conspiracy facts concerning a multitude of shady activities by the U.S. government, both past and present. But did you know that beginning in 1950, the U.S. government conducted a series of secret bioweapon experiments on an unsuspecting American public? Didn’t think so.

We learn from MSN that: 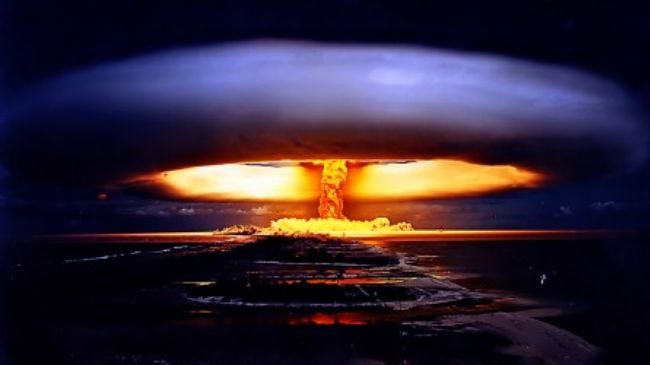 “The Army Corps of Engineers has a long history of unaccountable behavior bordering on “rogue.” They are, within all aspects of American military and government, long “above the law,” seizing land anywhere they choose.”

The project is one of several, moving Israel underground, safe from prying eyes of what is now clearly deep suspicion by “old friends” and genuine outrage by most of the world. We saw this clearly in the aftermath of the Gaza attacks and Israel and America’s staggering defeat at the UN.

Massive construction projects have been discovered that involve nuclear storage facilities, bioweapons labs and silos for nuclear missiles, some supplied by India, with range sufficient to reach key population centers in the United States.

There is no need for personalized bioeapons, really.

Frequency weapons will do the job much better and are ready to use:

The U.S. government is surreptitiously collecting the DNA of world leaders, and is reportedly protecting that of Barack Obama. Decoded, these genetic blueprints could provide compromising information. In the not-too-distant future, they may provide something more as well—the basis for the creation of personalized bioweapons that could take down a president and leave no trace. 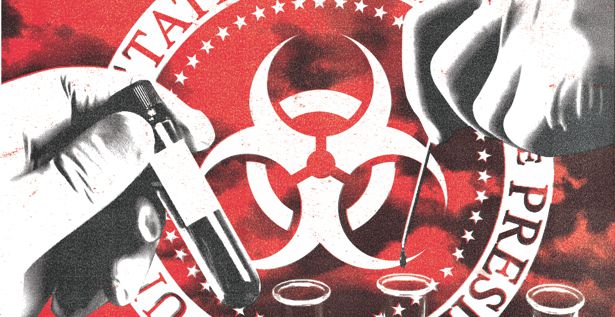 This is how the future arrived. It began innocuously, in the early 2000s, when businesses started to realize that highly skilled jobs formerly performed in-house, by a single employee, could more efficiently be crowd-sourced to a larger group of people via the Internet. Initially, we crowd-sourced the design of T‑shirts (Threadless.com) and the writing of encyclopedias (Wikipedia.com), but before long the trend started making inroads into the harder sciences. Pretty soon, the hunt for extraterrestrial life, the development of self-driving cars, and the folding of enzymes into novel proteins were being done this way. With the fundamental tools of genetic manipulation—tools that had cost millions of dollars not 10 years earlier—dropping precipitously in price, the crowd-sourced design of biological agents was just the next logical step.

The young scientist, normally calm and measured, seemed edgy when he stopped by his boss’s office.

“You are not going to believe this one,” he told Ron Fouchier, a virologist at the Erasmus Medical Center in Rotterdam. “I think we have an airborne H5N1 virus.”

The news, delivered one afternoon last July, was chilling. It meant that Dr. Fouchier’s research group had taken one of the most dangerous flu viruses ever known and made it even more dangerous – by tweaking it genetically to make it more contagious.

What shocked the researchers was how easy it had been, Dr. Fouchier said. Just a few mutations was all it took to make the virus go airborne.

A deadly strain of bird flu with the potential to infect and kill millions of people has been created in a laboratory by European scientists – who now want to publish full details of how they did it.

The discovery has prompted fears within the US Government that the knowledge will fall into the hands of terrorists wanting to use it as a bio-weapon of mass destruction.

Some scientists are questioning whether the research should ever have been undertaken in a university laboratory, instead of at a military facility.

Read moreScientists Develop Deadly Strain Of Bird Flu That Could Kill Millions, Want To Publish Full Details Of How They Did It

(NaturalNews) Even as the veggie blame game is now under way across the EU, where a super resistant strain of e.coli is sickening patients and filling hospitals in Germany, virtually no one is talking about how e.coli could have magically become resistant to eight different classes of antibiotic drugs and then suddenly appeared in the food supply.

This particular e.coli variation is a member of the O104 strain, and O104 strains are almost never (normally) resistant to antibiotics. In order for them to acquire this resistance, they must be repeatedly exposed to antibiotics in order to provide the “mutation pressure” that nudges them toward complete drug immunity.

So if you’re curious about the origins of such a strain, you can essentially reverse engineer the genetic code of the e.coli and determine fairly accurately which antibiotics it was exposed to during its development. This step has now been done (see below), and when you look at the genetic decoding of this O104 strain now threatening food consumers across the EU, a fascinating picture emerges of how it must have come into existence.

The controversial animal disease research laboratory, Plum Island Animal Disease Center, located on the relatively remote island off the tip of Long Island will be moving to the heartland of America, Manhattan, Kansas, sometime on or around 2014.

The National Bio and Agro-Defense Facility (NBAF) will be planted on Kansas State University and according to the Department of Homeland Security (DHS), it will not be a laboratory of bioweapons saying that anthrax, plague, ebola and smallpox will NOT be studied there at the proposed state of the art BSL-4 lab. Ok, I’ll take the DHS at their word for the moment because my concern is not human pathogens, but animal pathogens.

So being in the heartland of America where there is hundreds of thousands if not millions of cattle and swine, based on previous safety and security issues from Plum Island and other facilities, how can we be sure that this will not devastate our food supply and economy?

I want to focus on Foot and Mouth Disease.

Read moreTransplanting Plum Island to Kansas: Is the US food supply at risk? (Yes!)