“It just seems a bit extreme to have ten police officers and helicopter attend over a song which is approved by YouTube which we never actually put on. It came on by the shuffle list, and now being investigated as a racial offence, the only person who took offence was the female police officer and its not even a racist song.”

A bit extreme? It’s an outrage, and a sign of the catastrophic deterioration of modern Britain.

In the video, the man says: “Our own protectors are turning against us. Because the people that are bloody tellin’ them the rules ‘ave got it all wrong, THERESA MAY.”

Ain’t that the truth.

Remember him? To NATO media, he was a “rebel” also before he was the #1 terrorist in the world! When will they tell the truth about Aleppo? pic.twitter.com/aOaUuXM6wW

Posted this video before:

Letters seized during a raid in Pakistan in 2011 reveal a surprisingly passionate belief held by the alleged mastermind of the September 11th terrorist attacks on the United States.

The letter, which, according to intelligence officials was written in 2009, is addressed “to the American people.” It implores them to assist President Barack Obama in tackling climate change. 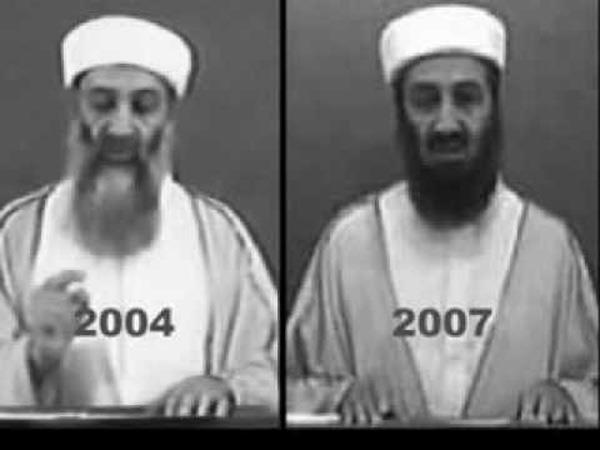 WikiLeaks has released a letter revealing how one of Osama bin Laden’s sons had asked Washington for a death certificate after US Navy SEALS said they had taken him out.

The document is one of 70,000 collectively dubbed “The Saudi Cables.” The trove, in its turn, is part of an even bigger collection totaling more than half a million papers tracing back to the Saudi Foreign Ministry and other institutions in the country. Those will be released in the coming weeks, WikiLeaks has said.

According to the cable, the son of Bin Laden, the suspected 9/11 mastermind and Al Qaeda leader, wrote to the US Embassy in Saudi Arabia requesting the certificate on September 9, 2011.