“It just seems a bit extreme to have ten police officers and helicopter attend over a song which is approved by YouTube which we never actually put on. It came on by the shuffle list, and now being investigated as a racial offence, the only person who took offence was the female police officer and its not even a racist song.”

A bit extreme? It’s an outrage, and a sign of the catastrophic deterioration of modern Britain.

In the video, the man says: “Our own protectors are turning against us. Because the people that are bloody tellin’ them the rules ‘ave got it all wrong, THERESA MAY.”

Ain’t that the truth.

Remember when we were told that bin Laden was not a true Muslim and his acts had nothing to do with Islam? So do I. But now insulting him in the UK is a crime, because it incites “racial hatred” against Muslims, even though Muslims are not of a single race and Islam is not a race.

This is institutionalized insanity.

“Police swoop on garden party where song mocking the death of Osama Bin Laden was played,” by Raymond Brown, Cambridge News, May 28, 2017:

Police swooped on a garden party where a song mocking the death of terrorist Osama bin Laden was played.

The force helicopter and 10 officers were sent to a home in Highdene Road, Cherry Hinton after a complaint from members of the public the music was too loud and people were allegedly shouting anti-Islamic abuse.

Initially one officer was sent to the street at about 10pm on Thursday (May 25) but more arrived and the force helicopter was deployed when the officer called in for back up.

The infamous ‘Bin Laden Song’ is a parody music video which uses the death of the terrorist as a reference for jokes about sex and the military.

Mark Donovan, who was at the party, was furious and denied anyone at the party had made racist comments.

He said: “We was having a summer’s evening in my neighbour’s garden as we don’t have one. We had our karaoke machine on playing music through our phones from YouTube which are all approved songs.

“It was about 10pm and the music may have been a little loud but it was before 11pm. Someone must have made a complaint, and a police officer attended our address, at which time a song from YouTube called the Bin Laden Song came on.

“This police officer said she took offence at the song and pressed her panic button on her body cam and that’s when about ten police turned up and the police helicopter.

“They are now investigating it as a racist crime. It is ridiculous.”

A phone and a karaoke machine were seized. No arrests were made and the investigation is ongoing….

Father-of-two Mr Donovan said: “This is music which is well known which was put on YouTube when Bin Laden was killed by the British and American army. In the music there is no reference to colour, race, or religion.

“The police then threatened to arrest everyone if we didn’t hand over our karaoke machine and mobile phone.

“In fact I turned it off on seeing the police officer….

“It just seems a bit extreme to have ten police officers and helicopter attend over a song which is approved by YouTube which we never actually put on. It came on by the shuffle list, and now being investigated as a racial offence, the only person who took offence was the female police officer and its not even a racist song.

“Is this not a waste of police resources and public money when no crime was reported?”

A Cambridgeshire police spokesman said: “Officers received a report of an alleged racial hatred incident at a property in Highdene Road….

Can’t mock bin Laden. He worked for us: 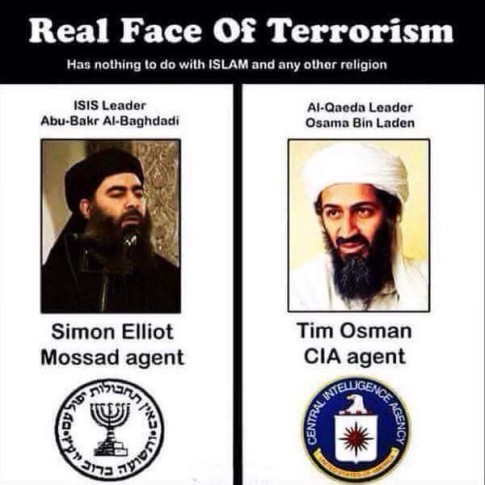 ISIS leader al-Baghdadi is still working for us, so better not mock him. 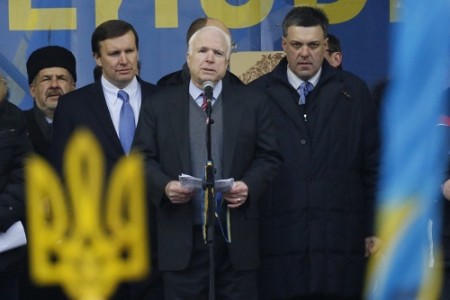