Over the last seven years, several billion dollars worth of armament has been illegally introduced into Syria – a fact which in itself is enough to disprove the myth according to which this war is a democratic revolution.

Numerous documents attest to the fact that the traffic was organized by General David Petraeus, first of all in public, via the CIA, of which he was the director, then privately, via the financial company KKR with the aid of certain senior civil servants.

Thus the conflict, which was initially an imperialist operation by the United States and the United Kingdom, became a private capitalist operation, while in Washington, the authority of the White House was challenged by the deep state.

New elements now show the secret rôle of Azerbaïdjan in the evolution of the war.

As the most intense phase of fighting in Aleppo was unfolding in 2016, veteran journalist Stephen Kinzer took to the editorial pages of the Boston Globe to remind Americans that the media has created a fantasy land concerning Syria. Kinzer painted a picture quite opposite the common perception…

– Aleppo: How The US Manipulates Humanitarianism For Imperialism:

The United States is manipulating humanitarian concern in an effort to protect its proxy militias and its imperial regime-change project in Syria.

The media and intellectual classes are dutifully falling in line, promoting a narrative of military aggression under the cover of “protecting civilians.” These same “responsibility to protect” arguments led to the invasions of Iraq and Libya, exponentially increasing the massacres, chaos, and proliferation of violent extremism within those countries. They are hypocritical, designed to further interests of conquest and domination, and will lead to more death and destruction in Syria as well.

Read moreAleppo: How The US Manipulates Humanitarianism For Imperialism

Mike Robinson and Vanessa Beeley discuss the latest news from Syria, including a critique of continuing mainstream media coverage, witness testimony from Aleppo and the disruption of water supplied to five million people in Damascus.

The Channel 4 Jon Snow interview mentioned in the programme can be seen here: https://www.channel4.com/news/aleppo-…

ALEPPO, Syria — Russian military forces have discovered mass graves in eastern parts of the Syrian city of Aleppo, with many of the bodies reportedly showing signs of torture.

Maj. Gen. Igor Konashenkov, a spokesperson for the Russian defense ministry, announced the horrifying discovery on Monday. “Many of the corpses were found with missing body parts, and most had gunshot wounds to the head,” he said, according to RT, a Russian state-owned news network.

Huge stockpiles of weaponry and ammunition, many with NATO markings, were discovered in East Aleppo when the Al-Nusra militants, a local branch of Al Qaida, were pushed out of the city by Syrian forces.

The previous reports that NATO personnel were captured are now retracted, as they were allowed to leave with the militants on the buses provided according to the agreement, to spare NATO the embarrassment. FWM interviews the Syrian MP Fares Shehabi, an Aleppo resident himself. He calls the discoveries “SyriaGate”.

Reports coming out of the Russian Defense Ministry indicate that dozens of bodies dumped in mass graves in newly liberated eastern Aleppo have been discovered. Many of the victims were mutilated, missing body parts and summarily executed by gun shot to the head at close range.

Is this the type of “moderate” behavior that hawks such as John McCain and Lindsey Graham have been backing with arms and cash since the conflict in Syria began? Not only was there the grim discovery of the victims of the western backed “moderate” terrorists but there were large amounts of weapons and supplies found in their former strongholds including enough weapons to arm several squadrons of soldiers, rocket systems, tanks and missile launchers.

Mass graves with dozens of bodies of civilians subjected to brutal torture have been discovered in Aleppo neighborhoods left by militants, the Russian Defense Ministry said Monday.

– SYRIA: Christians in Aleppo are rejoicing this Christmas after the Assad government has crushed the Obama-backed jihadist ‘rebels’ and Islamic State terrorists:

For all his faults, Bashar Assad has always protected minority groups in Syria.

Hundreds of residents gathered at Al Azizieh Square in western Aleppo on Tuesday, to watch the Christmas tree lights being turned on, in an attempt to establish some sense of normality in a city that has been a focal point of the Syrian conflict.

While the United States has harped for over five years about the “humanitarian crisis” and manufactured Syrian government “crimes against humanity,” the recent hysteria over “civilians” trapped in East Aleppo has really taken the cake. Now, however, after hearing about how Assad has “barrel bombed,” “tortured,” “burned alive,” and otherwise maimed civilians in East Aleppo (who are themselves committing mass suicide to evade Syrian government forces according to mainstream outlets), the real reason for the increase in hysteria has finally come to light.

The Syrian army said Aleppo has returned to government control, ending the 4-year rebel control over parts of the city that years ago was the largest metropolitan center in Syria and is now a landscape out of Call of Duty.

Readers who have been following the crisis in Aleppo have seen media reports of videos and photos allegedly originating from innocent children victims, pleading against the advance of the Assad forces. And while there have been various accusations that these clips, like the infamous “chemical attack” YouTube clip from 2013, were staged, such reports were promptly slammed by the mainstream media as “fake news” and roundly ignored. However, if one ever needed a reason to be skeptical of claims, photographs, and/or videos coming out of the region, and the MSM’s appeals to readers emotions based on fabricated facts, Egyptian authorities have just provided it.

Egyptian police arrested five people in Port Said, Egypt for making staged “wounded children” photos, which they were planning to use to misrepresent on social media as photos of destruction and injured people in Syria’s Aleppo, the Egyptian Interior Ministry said on Monday. The group also made fake videos that purport to show the wreckage of air strikes in Aleppo.

DAMASCUS – According to two reports coming out of Aleppo today, at least 14 US Coalition military officers were captured this morning in an East Aleppo bunker by Syrian Special Forces.

This story was quietly leaked by Voltaire.net, who announced, “The Security Council is sitting in private on Friday, December 16, 2016, at 17:00 GMT, while NATO officers were arrested this morning by the Syrian Special Forces in a bunker in East Aleppo.”

Fares Shehabi MP, a prominent Syrian Parliamentarian and head of Aleppo’s Chamber of Commerce published the names of the Coalition officers on his Facebook page on the 15th December (emphasis added):

Sometimes a picture is really worth a thousand words: 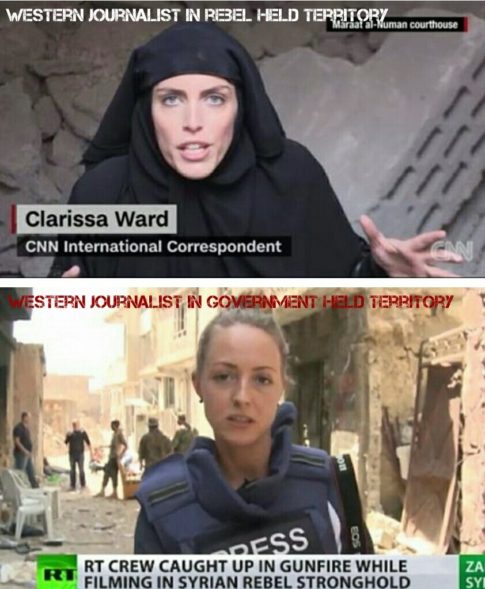 Remember him? To NATO media, he was a “rebel” also before he was the #1 terrorist in the world! When will they tell the truth about Aleppo? pic.twitter.com/aOaUuXM6wW

For months as terrorists backed by the United States, Turkey, and their Persian Gulf allies lost significant ground to the Syrian Arab Army in Syria’s northern city of Aleppo, the battle was characterized by the Western media and Western politicians as a brutal assault on the city’s residents – the extinguishing of a 6-year-long uprising.

However, in reality, that was never the case. And this reality is something careful readers will note even if they read the latest from one of the most prominent sources of pro-terrorist propaganda, the Washington Post.

The Syrian war is on the verge of the biggest shift in the balance of power since 2011, with the Assad regime – with support from Russian forces – having retaken Aleppo. And, as Russia’s UN envoy Vitaly Churkin notes, an arrangement has been reached for militants to leave the besieged areas of eastern Aleppo “within hours”, confirming earlier media reports that Assad is about to have full reign of the hotly contested city – a symbolic center of the anti-Assad insurgency.

As RT futher adds citing Churkin, “the military operation in Eastern Aleppo is now over, and the Syrian government has begun restoring control.”

I watched a BBC interview with an anti Assad plant claiming the Assad Gov were killing ordinary folk in Syria and Russians were also murdering ordinary Syrian citizens.

Nothing is as it first appears.”

These images and videos will never see the light of day in the corporate media editing rooms because they expose their almost six year narrative on Syria as one of the most criminal propaganda projects ever deployed against a sovereign nation,its people, its state and its national army.

– Assad On Verge Of Biggest Victory Since Start Of Syrian War With Imminent Capture Of Aleppo:

The battle for one of the most contested Syrian cities in the nation’s long-running civil war, Aleppo, is approaching its climax. According to Reuters, the Syrian army and its allies announced the capture of a large swath of eastern Aleppo from rebels on Monday – by some estimates as much as 40% of the militant held part – in an accelerating attack that threatens to crush the opposition in its most important urban stronghold.

In a major breakthrough in the government’s push to retake the whole city, regime forces captured six rebel-held districts of eastern Aleppo over the weekend, including Masaken Hanano, the biggest of those. On Sunday, the 13th day of the operation, they also took control of the adjacent neighborhoods of Jabal Badra and Baadeeen and captured three others. 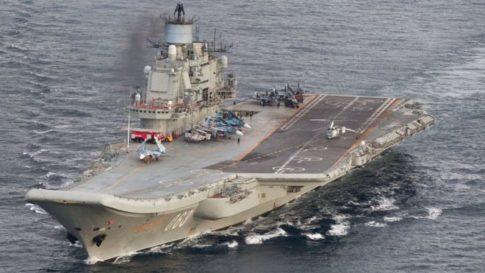 – The Real Humanitarian Crisis Is Not Aleppo — Paul Craig Roberts:

The answer is that the crisis in Aleppo is the crisis of Washington losing its ISIL mercenaries to the Syrian army and Russian air force. The jihadists sent by Obama and the killer bitch Hillary (“We came, we saw, he died”) to destroy Syria are being themselves destroyed. The Obama regime and the Western presstitutes are trying to save the jihadists by covering them in the blanket of “humanitarian crisis.”