The sources said that the army men carried out a night attack on Al-Nusra in Eastern Ghouta and seized control over a region from Hawsh al-Zariqiyeh to Samsam company.

TEHRAN (FNA)- The terrorist groups in Eastern Ghouta kept shooting at civilians for the second day in a row to prevent their exit from the embattled town during the daily truce hours.

The terrorist groups have deployed snipers near the corridors that have been specified by the Syrian government for the safe pass of civilians out of the town, shooting at anyone who intends to leave Eastern Ghouta for safer regions.

The humanitarian corridor at al-Wafedin camp was set up to be used by civilians during the five-hour-long daily ceasefire.

– US must immediately leave area it controls in southern Syria — Lavrov:

US troops must immediately shut down their zone of control in southern Syria in the area of Al-Tanf, Russian Foreign Minister Sergey Lavrov suggested when asked what should be done to help the Syrian peace settlement.

Lavrov was referring to an area on Syria’s border with Jordan and Iraq, which the US declared to be under its protection last year. Among other things, it contains the Rukban refugee camp. The facility is apparently used by radical militants, including members of UN-designated terrorist group best known by its former name Al-Nusra Front, to recover and raid other parts of Syria, Lavrov said at the Valdai Club conference on the Middle East in Moscow. The US is turning a blind eye to such abuses of its protection, he added.

“Inside the Al-Tanf zone, which the Americans unilaterally declared under their protection, and inside the refugee camp jihadists are regularly reported to recover strength. On several occasions they conducted raids from there into other territory of the Syrian Arab Republic. This zone must be shut down immediately,” the Russian minister said.

Read moreFM Lavrov: US must immediately leave area it controls in southern Syria

According to the Russian military, al-Nusra Front terrorist group brought more than 20 containers with chlorine to a village in Idlib.

The Russian center for Syrian reconciliation stated that it had received information from a local resident that al-Nusra Front terrorists and White Helmets were preparing to stage a provocation, involving chemical weapons’ use, in Syria’s Idlib province in order to blame Damascus for the attack on civilians.

“On the evening of February 12, the Russian center for reconciliation received a telephone call from the resident a settlement in the Idlib province, informing about a forthcoming provocation, using poisonous chemicals, to air it on a foreign television channel. According to the person, on the afternoon of February 12, the al-Nusra Front militants delivered brought more than 20 bottles of chlorine and personal protective equipment on three cars,” the Russian military stated. 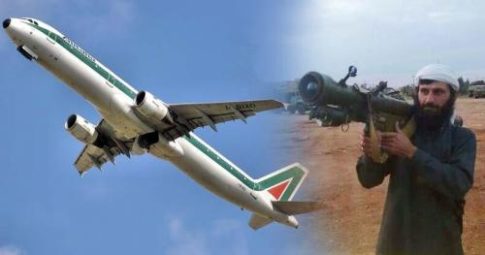