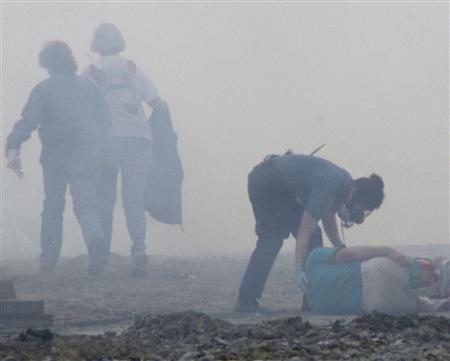 WASHINGTON (Reuters) – The chances of a terror attack on a major city somewhere in the world using weapons of mass destruction are better than even, according to a task force mandated by the U.S. Congress, The Washington Post reported in its Tuesday edition.

A draft study by the panel warns of growing threats from rogue states, nuclear smuggling rings and the spread of atomic information in the developing world, the newspaper reported.

The panel, the Commission on the Prevention of Weapons of Mass Destruction Proliferation and Terrorism, singled out Pakistan as a grave concern because of its network of terror groups, history of instability and nuclear capabilities, according to the report.

“In our judgment, America’s margin of safety is shrinking, not growing,” the newspaper quoted from the draft report.

The panel said it is more likely that a terror attack, which could also include biological weapons, will take place by the end of 2013, according to the report.

The commission recommended the overhaul of international nonproliferation treaties, including more robust inspections by the International Atomic Energy Agency, the report said.