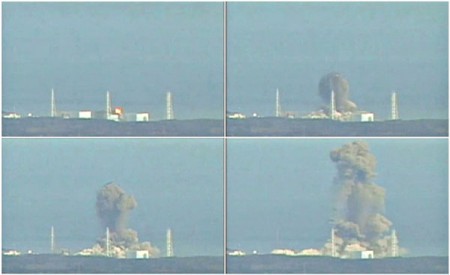 Plant operator Tokyo Electric Power Co. (TEPCO) spokesman Takahiro Kimoto stated that they had received the first pictures of the underwater damage from the swimming robot, but there is no sign of the melted nuclear fuel that researchers are looking for……

… and so no iodine pills have been given to the population to protect their thyroids from Fukushima radiation, with especially devastating results seen in children. 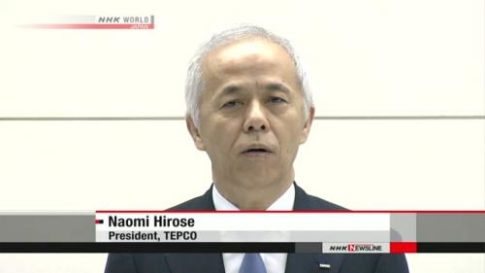 Back in 2011, whenever anyone accused Japan’s energy company Tepco and government of covering up the scale and severity of the Fukushima nuclear disaster, they were promptly accused of being conspiracy theorists. After all, the “argument” went, no serious organization would dare to do that, especially when millions of people’s lives were at stake.

Today, over five years later, we got confirmation that yet another “conspiracy theory” was just another “fact”, when the president of TEPCO, Naomi Hirose, admitted on NHK that his company concealed the reactor meltdowns at its Fukushima Daiichi nuclear plant immediately after the March 2011 earthquake and tsunami. Hirose also confirmed that TEPCO ordered not to use the word “core meltdown” when referring to what happened at the crippled plant. In fact, the utility did not officially admit the meltdowns until more than 2 months after the accident.  The announcement came a week after a scandalous report claimed that Japanese government and TEPCO hushed up the tragedy.

“I would say it was a cover-up,” Hirose told a news conference. “It’s extremely regrettable.”

Five years after the Fukushima tragedy, TEPCO’s chief of decommissioning Naohiro Masuda admits that the company still has no idea exactly where 600 tons of melted radioactive fuel from three nuclear reactors is located. 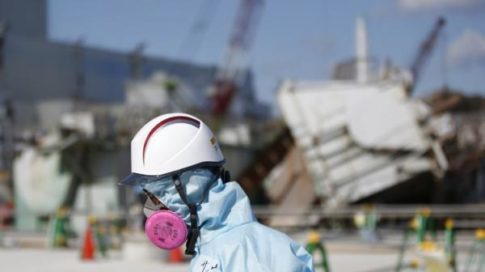 As we discussed when we profiled the status of Fukushima on its five year anniversary, the radiation at the plant is still so powerful that it is impossible to get deep enough into the area to find and remove the melted fuel rods. The situation is so severe that even the robots that were sent in to find the highly radioactive fuel have died.

Author and Pediatrician Helen Caldicott takes time out of her busy schedule to join me to discuss the unfolding events at the Fukushima Daiichi nuclear power station in Japan. Fukushima was devastated by a massive earthquake on March 11, 2011 which led directly to a massive failure causing hydrogen explosions which blew the roof off of at least two of the reactor buildings. Tepco and the Japanese government have understated the radiation dangers and the dire reality of the situation from day one.

Helen says, at this point there is no “best case scenario” for Fukushima, just worsening degrees of horror because it’s scientifically impossible to clean up what has already occurred. And with thousands of spent fuel rods and thousands more active rods still in the fuel pools of the damaged reactor buildings, the worst case scenario – if another major earthquake hits the area – is an ecological nightmare of biblical proportions for everyone living in the Northern hemisphere.

Containers holding contaminated water at the crippled Fukushima nuclear power plant are at risk of hydrogen explosions, The Telegraph reports, with 10% of them found to be leaking. The discovery was reported to the Nuclear Regulation Authority (NRA), which raised concerns surrounding the potential hazards of accumulated hydrogen building up in the containers warning that “a spark caused by static electricity could cause a container to explode.” TEPCO officials reassuringly note that they “think the possibility of an occurrence of hydrogen explosion from these storage facilities is extremely low, since there is no fire origin, or anything that generates static electricity nearby,” but this is the same company that a recent IAEA report blasted for “failing to implement adequate safeguards at Fukushima – despite being aware of the tsunami risk.” 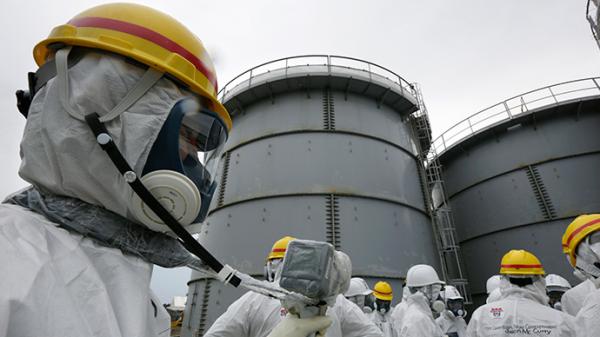 Leaking containers at Japan’s embattled Fukushima nuclear power plant are at risk of possible hydrogen explosions, experts have claimed. As The Telegraph reports,

Almost 10 per cent of recently inspected containers holding contaminated water at the nuclear plant in northeast Japan were found to be leaking radioactive water.

Read moreFukushima May Be At Risk Of Imminent “Hydrogen Explosion” 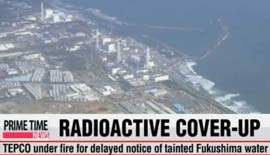 – TV: “Radioactive cover-up” at Fukushima — Experts believe “other sources of contamination” are flowing into ocean — Emergency hearing with plant officials — “TEPCO decided long ago there was no need to monitor” the  water with high-level radioactive materials (VIDEO) (ENENews, March 1, 2015):

Asahi Shimbun, Feb 28, 2015 (emphasis added): The nation’s nuclear watchdog body slammed [TEPCO] over its failure to disclose information on the leakage of radioactive rainwater into the sea… TEPCO President Naomi Hirose… apologized profusely… TEPCO became aware more than a year ago that the concentration of radioactive materials in the water flowing… was high [first disclosing it to regulators] January 2014… TEPCO continued to conceal details, including the fact that the concentration became high whenever it rained… However, TEPCO had decided long ago there was no need to monitor rainwater for radioactive materials.

Read moreTV: “Radioactive cover-up” at Fukushima — Experts believe “other sources of contamination” are flowing into ocean — Emergency hearing with plant officials — “TEPCO decided long ago there was no need to monitor” the water with high-level radioactive materials (VIDEO)

While faith in Japanese ‘economics’ is starting to falter (borne out by the split in the BoJ and endless macro data disappointments), trust in TEPCO and its governmental operators must be about to hit a new record low. Having promised and given up on the ice-wall strategy to stop radioactive water leaking into the ocean, Bloomberg reports TEPCO officials have admitted that it’s investigating the cause of a spike in radiation levels (23,000 becquerels/liter vs the legal limit of 90) in drainage water that it believes subsequently leaked into the Pacific ocean from the wrecked Fukushima nuclear power plant. The bigger problem, as NBC reports, TEPCO failed to report the leak for 10 months! 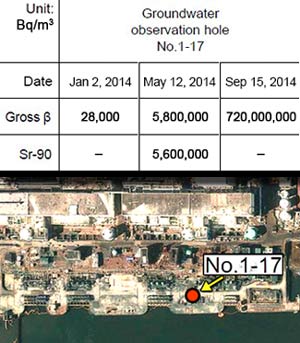 Japan Times, Sept 19, 2014: Tainted water problems still plague Fukushima, despite some positive signs — More than three years since [3/11] the Fukushima No. 1 power plant is still bleeding tons of toxic radioactive water into the Pacific Ocean… [It’s] developed into a wider problem that is stoking public concern… [Tepco] is still trying to find a way to deal with the plant’s utility trenches, which are filled with highly contaminated water. The trenches, which run beneath the plant, were built to house cables and pipes… installed to bring in seawater for cooling purposes… Leaving the tainted water in the trenches is risky. For instance, if another major quake hits and damages the trenches, the toxic water will escape and contaminate the groundwater. Tepco said the trenches… can’t be drained until the leaks from the buildings are plugged…

– Classified Interviews: Multiple Fukushima reactors were melting down on first day of crisis, hours after quake — Plant chief thinks ‘very serious’ blast at Unit 3 NOT from hydrogen — Professor: Nuclear explosion can’t be ruled out due to plutonium in MOX fuel — TEPCO employees wouldn’t get within 50 km of reactors (VIDEO) (ENENews, Aug 26, 2014):